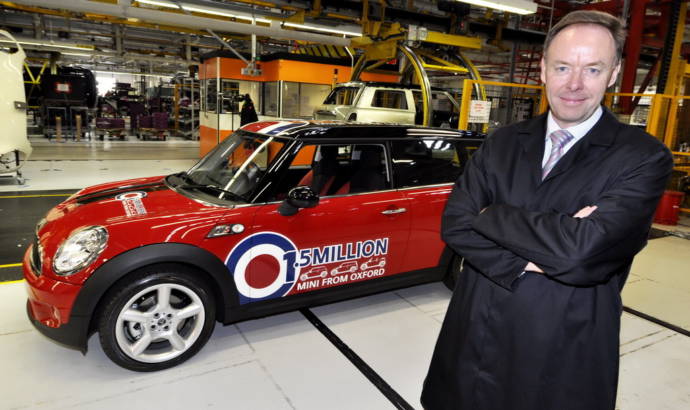 BMW AG announced that a new milestone has been achieved as the company’s production of MINI Cooper models has reached the 1.5 million units mark. The 1.5 millionth MINI Cooper which is a MINI Clubman in Chili red rolled off the assembly line at the plant in Oxford and current reports show that this unique vehicle is sold in 80 countries with the most recent market launch in Brazil.
Besides the Clubman version the plant in Oxford is also producing the MINI and MINI Convertible as well as the sportier MINI JCW, JCW Clubman and JCW Convertible models.
Production for the classic MINI in UK between 1959 and 2000 indicate that more than 5.3 million have been assembled.
Mini Cooper press release :
Just weeks after the official 50th birthday celebration for the brand at the Silverstone track, the MINI plant in Oxford claims another milestone. Since production began in 2001, 1.5 million MINI units have been produced there. The milestone model, a MINI Clubman in Chili red, cleared the end of the production line in the presence of Business Minister Ian Lucas and BMW Group board member Ian Robertson. It is destined for a British customer.
Since the brand was relaunched and production started in Oxford, MINI has become a global success story. In recent years, its hallmark blend of driving fun, individual style and premium quality has led to rising sales in every continent. Worldwide, this unique premium small car is now sold in 80 countries, with its most recent launch in Brazil.
Ian Robertson, member of the Board of Management of BMW AG, responsible for Sales and Marketing, said: “This is a great day for the plant and a wonderful milestone to reach in the 50th birthday year of MINI. The very first classic Mini rolled off the production line here at this plant on 8 May 1959.
“It was wonderful to see the passion that owners feel for MINI at the car’s recent birthday celebrations at Silverstone, when 25,000 people from around the world joined the party. It is a privilege to be part of the heritage and future of this car.”
Robertson added, “This is a tough time for the car industry and no business is immune from its challenges, but MINI is an extremely resilient brand with huge customer appeal and we have seen a strengthening order bank in recent months. We will launch a wealth of new models in the coming years and the future is looking extremely bright.”
The BMW Group has invested more than £380 million in MINI Plant Oxford since 2001 and a further £100 million in the Hams Hall and Swindon plants, which make up the MINI Production Triangle. The BMW Group employs more than 7,000 people in the UK and its activities account for around 1 percent of the country’s GDP. In all, the BMW Group has invested more than £1 billion in the UK since 2000.
MINI Plant Oxford currently builds the MINI, MINI Clubman and MINI Convertible. It also produces the ultra-sporty MINI John Cooper Works, MINI John Cooper Works Clubman and MINI John Cooper Works Convertible models. Of the 1.5 million MINI cars built in Oxford so far, the traditional closed two-door version accounts for around 1,24 million. In addition to these, 179,000 MINI Convertibles have passed through the factory gates in Oxford, along with 79,000 examples of the MINI Clubman. In the years 1959 to 2000, UK production figures for the classic Mini came to more than 5.3 million. When combined with the figures for its successor, total global sales for the brand amount to 6.8 million cars. 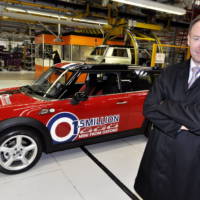 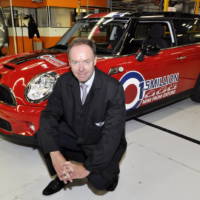 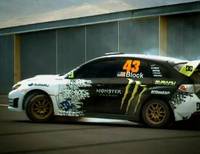 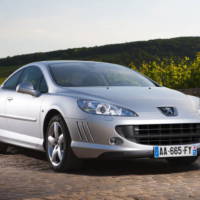