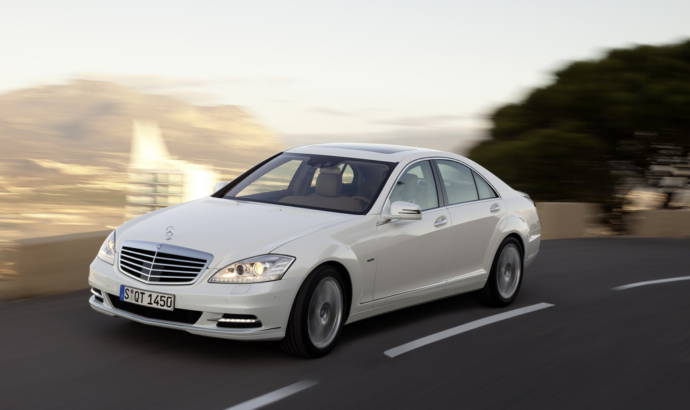 The German car maker announced that the company’s luxury saloon range will expand with a new more fuel efficient version, the Mercedes S 400 HYBRID. Mercedes says that the S 400 Hybrid is the world’s first production car to feature a hybrid drive system backed by a lithium-ion battery and is also the most economical luxury saloon with a petrol engine.
The Mercedes S 400 HYBRID is powered by a V6 engine that can develop 299 HP (220 kW) and 385 Nm of torque, and is able to cover 100 kilometres with just 7.9 litres of fuel. CO2 emissions are 186 grams per kilometre and performance figures indicate that the S 400 HYBRID can accelerate from 0 to 100 Km/h in 7.2 seconds and reach a top speed of 250 Km//h.
As far as recycling rate for the lithium-ion battery and its constituents is of 85 percent, making the Mercedes S 400 HYBRID in compliance with the recycling requirement that goes in effect in 2015.
Mercedes press release :
Exclusive design, the greatest possible comfort and trailblazing innovations – the latest Mercedes-Benz S-Class is once again accepted to be the pacemaker for automotive progress. During the development of the world’s most successful luxury saloon, the focus was however not only on further improvements relating to the classic core values. In addition, the engineers and technicians were able to achieve decisive further progress towards optimal environmental compatibility. In this respect, the S 400 HYBRID is particularly impressive alongside the fuel-efficient versions with a V6 or V8 engine. The very latest hybrid technology makes this model the most economical luxury saloon with a petrol engine.
This comprehensive environmental commitment over the entire lifecycle of the S 400 HYBRID – from production to the operating phase and eventual recycling/disposal – has now been recognised by the independent examiners from the technical inspection authority TÜV Süd with the grant of the sought-after environmental certificate. This recognition was already accorded to the preceding S-Class model in 2005, as the first automobile worldwide, and subsequently also to the Mercedes A, B, C and E-Class. In early 2009 the GLK-Class became the first Mercedes-Benz SUV model family to obtain the coveted certificate.
With the new S 400 HYBRID, the world’s first series production car to feature a hybrid drive system with a lithium-ion battery, Mercedes-Benz is emphatically underlining its claim to leadership with respect to design, comfort, innovation and environmental compatibility. The combination of a further improved V6 petrol engine and a compact hybrid module makes this model the world’s most efficient luxury saloon with a petrol engine. Its fuel consumption of 7.9 litres per 100 kilometres (NEDC combined) corresponds to carbon dioxide emissions of 186 grams per kilometre. The combined output is 220 kW/299 hp, with a combined maximum torque of 385 newton metres. The S 400 HYBRID accelerates to 100 km/h in 7.2 seconds and has a top speed of around 250 km/h – environmentally compatible drive systems and outstanding performance are not necessarily a contradiction in terms.
The S-Class hybrid offers all the advantages of this drive concept: a comfortable ECO start/stop function automatically switches the engine off when the S-Class comes to a stop – for example at traffic lights. During deceleration, kinetic energy is recuperated and stored by the compact lithium-ion battery in the engine compartment. This energy is put to use when required, for example when accelerating.
During the environmental certification process for the S-Class, more than 40,000 individual processes were examined, analysed and evaluated to produce a comprehensive eco-profile. It is not only the environmental effects during the vehicle’s operating phase that were assessed. Instead engineers examined every environment-related process, from development and production to operation and eventual recycling/disposal. This overall profile provides the basis for the environmental certificate. A detailed presentation of the examination results is available to the interested public in the form of the "Life Cycle" documentation series, which may be found at www.mercedes-benz.com.
High level of environmental compatibility over the full lifecycle
For the comparative assessment forming part of the environmental certification process, the S 400 HYBRID with a combined output of 220 kW (299 hp) was compared to the 200 kW (272 hp) S 350 petrol model. Even the conventionally powered S 350 impresses with good fuel consumption figures for this vehicle class: only 10.0 to 10.2 litres of fuel per 100 kilometres – depending on the tyres. This excellent figure is easily bettered by the S 400 HYBRID, which consumes just 7.9 to 8.1 l/100km. This corresponds to a remarkable 21-percent reduction. The S-Class with hybrid technology also achieves top figures when it comes to CO2emissions, which are between 186 and 189 g/km.
Taking the entire lifecycle into consideration, namely production, operation for 300,000 kilometres and recycling/disposal, the S 400 HYBRID produces 18 percent lower CO2emissions than the comparative model. This saving per vehicle corresponds to roughly 1.6 times the annual per capita emissions of the average European*. The lower requirement for energy resources caused by the lower fuel consumption during the operating phase leads to a 17-percent reduction in the primary energy requirement. This corresponds to the energy content of around 7000 litres of petrol.
*European Environment Agency: EAA Report 05/2008, Greenhouse gas emission trends and projections in Europe 2008.

Lithium-ion battery integrated into the recycling process
In the case of the S 400 HYBRID the recycling concept was produced in parallel with development of the vehicle, with the individual components and materials being analysed during every stage of the process. Aspects given close attention included the segregation and ease of disassembly of certain thermoplastic components such as bumpers and wheel arch, side member, underbody and engine compartment claddings, with a view to easy recycling.
This first use of a lithium-ion battery in a series production car also presented new challenges with respect to eventual disposal and recycling. In collaboration with suppliers and disposal specialists, innovative recycling concepts were developed which enable the valuable material constituents to be retrieved. All in all, it was possible to show a high material recycling rate of 85 percent, and an overall recycling rate of 95 percent. This means that the S-Class already complies with the overall recycling requirement coming into force from 1 January 2015.
Use of recycled components and renewable raw materials
A number of recycled parts and renewable natural materials are used in the production of the S-Class. All in all, 45 S-Class components such as wiring ducts or underbody panels with a total weight of 21.2 kilograms are made from recycled, high-quality plastics. Another aim was to obtain recycled materials from vehicle-related waste flows as far as possible, so as to create closed loops. Example: the recycled material used for the front wheel arches consists of reprocessed vehicle components such as the housings of starter batteries and bumper claddings from the Mercedes-Benz Recycling System, as well as waste material from cockpit production.
In the S-Class, 27 components with a total weight of just under 43 kilograms are produced with the use of natural materials. Wool is used in the seat upholstery, while coconut fibre and natural latex go into the driver’s seat backrest for a perfect seating climate. The backrest cladding is of wood-fibre, and the attached retention points are produced directly from the waste materials during production of the cladding, thereby allowing a closed materials loop.
Further uses of renewable raw materials in the S-Class: the interior trim is enhanced with real wood veneers, and the parcel shelf lining is made from flax fibres.
The S 400 HYBRID sets new standards, not only in the fields of technology, innovation and driving pleasure. The luxury saloon offers an overall excellent environmental lifecycle assessment, with favourable fuel consumption, low emissions, a comprehensive recycling concept and a high share of renewable and recycled materials. 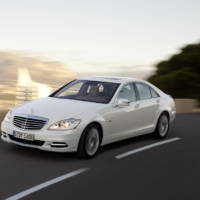 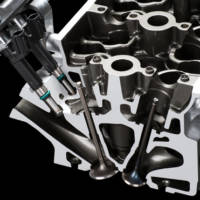 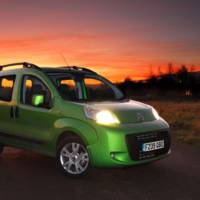