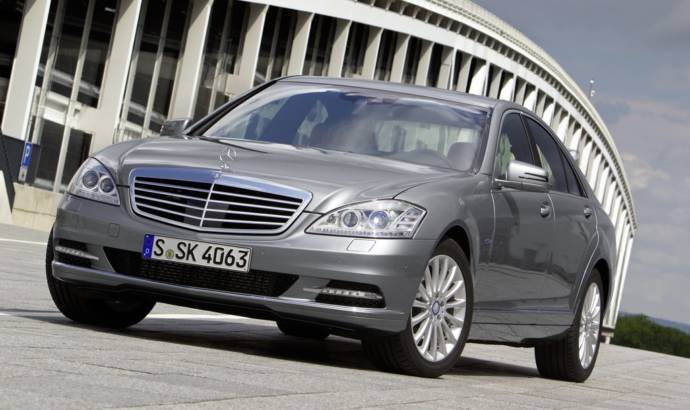 Daimler has just announced that it will begin offering the ECO Start Stop function as standard on the Mercedes S 350 BlueTEC. This measure will enable the luxury saloon to require only 6.2-litres of fuel per 100 Km, which means the 258 HP (190 kW) / 620 Nm of torque V6 engine from under its hood is one of the cleanest diesel currently available on the market today.
The Mercedes S 350 BlueTEC is also featuring the AdBlue treatment for the exhaust which combined with the ECO Start Stop technology that switches the engine off when the car comes to a standstill help in lowering emissions from 177 to 164 grammes per Km.
Further more the Mercedes S 350 BlueTEC is minimizing consumption through the TWAS(twin-wire-arc-sprayed) coating technology used by AMG since 2005 which besides reducing weight by 4,3 Kg is also responsible for making diesel engine around 3 percent more efficient.
Despite this newly added feature as standard, the Mercedes S 350 BlueTEC price remains the same, meaning 76,517 euros with tax included.
Daimler press release :
Stuttgart – With immediate effect, Mercedes-Benz is combining the V6 diesel engine in the S 350 BlueTEC with an ECO start/stop function. As a result, the fuel consumption of the luxury class saloon has been brought down to 6.2 litres per 100 kilometres (NEDC combined). The S 350 BlueTEC is also one of the world’s cleanest diesel models.
The V6 diesel engine in the S 350 BlueTEC develops an output of 190 kW (258 hp) from a displacement of 2987 cc, and generates 620 Nm of torque. It also comes with excellent fuel consumption and emission values as standard. Thanks to BlueTEC with AdBlue® exhaust treatment, the S-Class model – which made its debut in 2010 – currently already fulfils the emission values planned for 2014 in accordance with the EU6 standard, and as such is one of the world’s cleanest diesel vehicles. The new ECO start/stop function fitted as standard now helps to improve the efficiency of the luxury class saloon even further. With a combined consumption of 6.2 litres of diesel per 100 kilometres, the S 350 BlueTEC improves on the figures of its predecessor by 0.6 litre, or nine percent. CO2 emissions have dropped from 177 to 164 grammes per kilometre.
The ECO start/stop system developed by Mercedes-Benz switches the engine off when the vehicle comes to a standstill – for example at traffic lights. The engine then immediately starts again as soon as the driver takes his foot off the brake pedal. Thanks to the intelligent control system, all of the vehicle’s functions and comfort systems continue to operate during the stop phase.
The increase in efficiency was also achieved, among other things, through the use of TWAS(twin-wire-arc-sprayed) coating technology.
AMG has been using TWAS coating technology since 2005 in the 6.3-litre V8 in all model series, including the new SLS. Based on the positive experiences gained, Mercedes has now also developed this technology further for diesel engines. It is currently being introduced in the new Mercedes V6 diesel engine.
The benefits are impressive. Taking the diesel engine as an example, the potential savings are around 3%. At the same time, the weight has been reduced by 4.3 kg.
The price of the Mercedes-Benz S 350 BlueTEC remains unchanged at 76,517 euros, inclusive of 19% VAT. 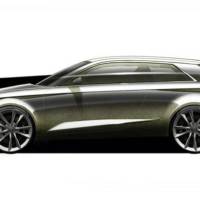 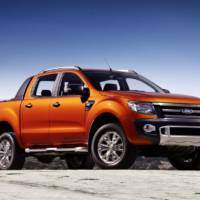