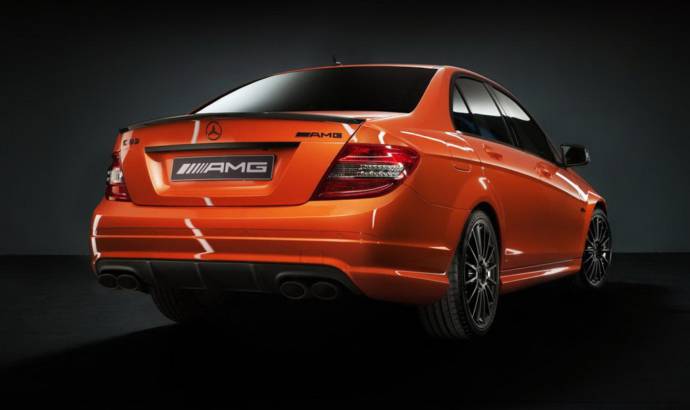 It seems like the most notable news from this year’s Australian International Motor Show involved only special edition models, and the Mercedes stand was no exception, as it showcased the Mercedes C63 AMG Concept 358 and the special edition Mercedes SLS AMG Night Black.
Starting with the Mercedes C63 AMG Concept 358, the car features a designo Pearl Orange body paint, plus, more importantly, it introduces the AMG Performance Package Plus, which raises output to 358 kW.
The AMG Performance Package Plus featured on the Mercedes C63 AMG Concept 358 also include 19 inch multispoke design black alloys, Keyless Go and designo leather enhancements at the interior.
As for the Mercedes SLS AMG Night Black, the name makes reference to another unique designo magno body finish, plus the car features various red highlights both inside and out.
More details regarding the Mercedes C63 AMG Concept 358 and SLS AMG Night Black in the official press release below.
Mercedes press release :
Australian International Motor Show – Concept 358 And SLS AMG
Mercedes-Benz Australia is pleased to introduce Concept 358 and a very special SLS AMG. Both vehicles were co designed by Mercedes-Benz Australia and built by AMG exclusively for the 2010 Australian International Motor Show.
"Australia is one of our favourite markets," said Mario Spitzner, Director Branding, Marketing & Sales Mercedes-AMG. "We were asked to create two unique AMG vehicles for the Australian International Motor Show."
"I hope you enjoy them as much as we did building them," said Spitzner.
C 63 AMG – Concept 358
As the only C 63 AMG in the world to be painted in designo Pearl Orange paint from the AMG factory in Affalterbach, Concept 358 also introduces the AMG Performance Package Plus which lifts power to a staggering 358kW. Also included in the Performance Package Plus are unique 19-inch multi spoke alloy wheels in black, KEYLESS-GO and extended designo leather appointments inside.
SLS AMG
This unique SLS AMG is the first and currently the only SLS AMG in the world to be painted in designo magno Night Black. Along with the red highlights both inside and out, this SLS AMG is sure to be an instant collector’s item.
The Managing Director of Mercedes-Benz Cars Australia, Mr Horst von Sanden said "Each Mercedes-Benz vehicle is special, but for this year’s motor show we wanted to go that next step and bring two world exclusives to show the Australian public.
"The unique C 63 AMG on display also unveils the AMG Performance Package Plus which Australian customers can now order from their local dealer in both Saloon and Estate," said von Sanden.
Australia is the fifth largest AMG market in the world, with the C 63 AMG leading the way for local drivers. Since its launch in March 2008 at the legendary Bathurst circuit, the C 63 AMG is the sales champion for AMG in Australia.
Available as a Sedan or an Estate the C 63 AMG has rewritten the sales record books in its segment with over 1,260 units sold from launch to date. 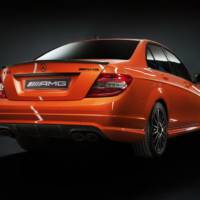 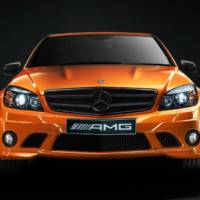 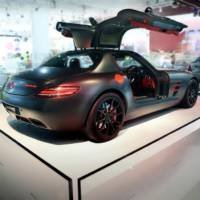 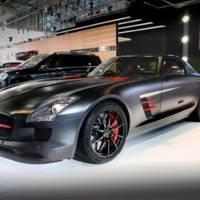 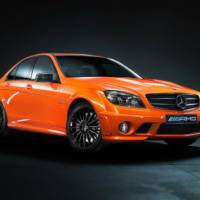 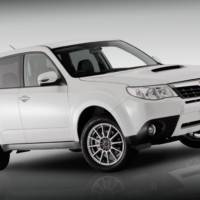 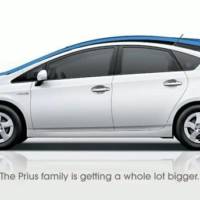