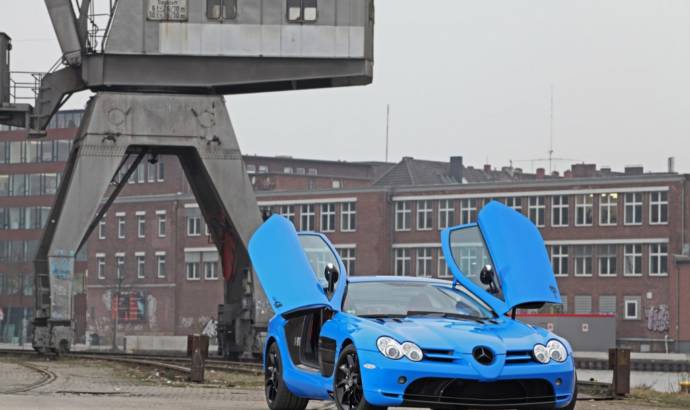 CUT48, the German aftermarket firm specialized in foil wraps has create a new treatment for the mighty Mercedes-Benz SLR McLaren. The new blue and black theme made by the German boys is priced at 4.350 Euros (5.800 USD) and gives the German supercar a new face.

This new figures was possible thanks to a new software for the ECU, some compressor tweaks and a new exhaust manifold. The intake system was also modified by the German boys from Edo Competition.

With this new performance figures the Mercedes-Benz SLR McLaren can sprint from stand still to 200 km/h in less than 10 seconds and the top speed was electronically limited to 345 km/h. 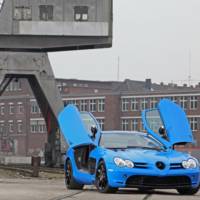 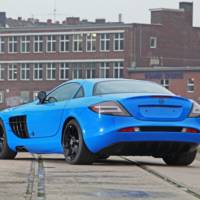 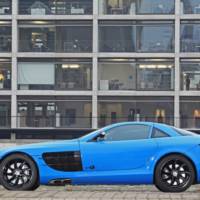 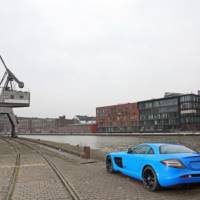 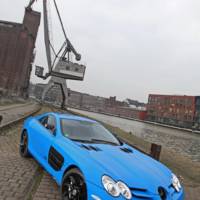 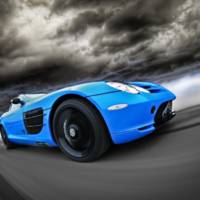 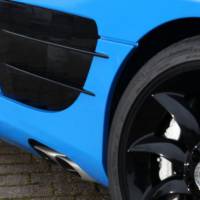 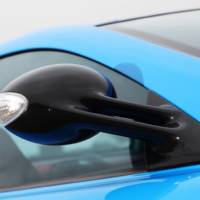 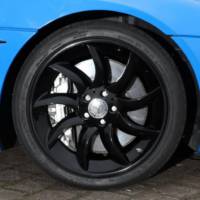 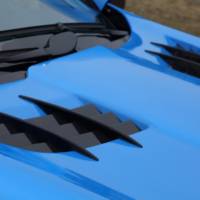 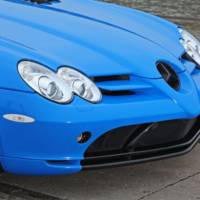 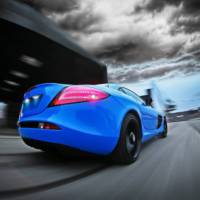 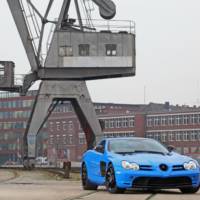 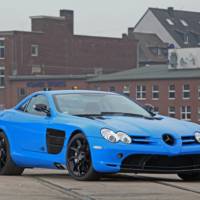 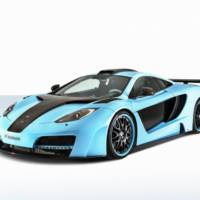 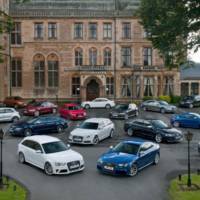