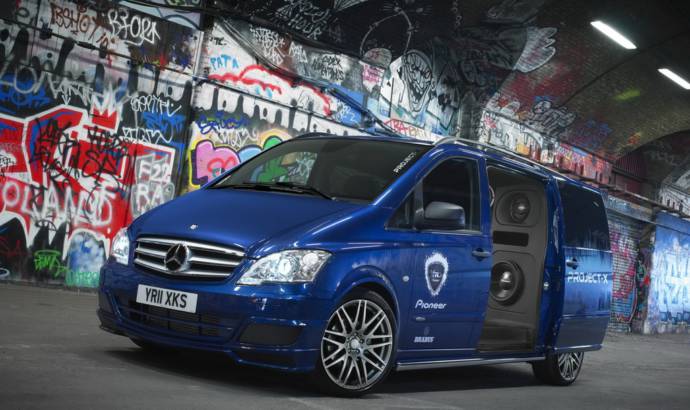 Mercedes has collaborated with Pioneer Great Britain and developed the ‘ultimate DJ van’, something which they call the Project-X.
The Project-X is based on the Mercedes Vito 122CDI Sport-X Dualiner which extracts power from the range-topping turbo-charged 3.0-litre V6 diesel engine, producing 224hp
and 440 Nm so this van isn’t only loud, but it is also fast as it can sprint from 0 to 60 mph in 8.3 seconds and can hit a top speed of
122mph.
The interior of this Vito is equipped with 25,000 GBP worth of Pioneer equipment, and to get an idea of what we are talking about, there are two 15 inch competition class SPL subs, four 10 inch Champion Series subs, two Pioneer CDJs, a state of the art mixer, eight independent amplifiers using four batteries and a 300 amp power supply.
What does all that add up to? well a staggering 30,050 watts !
The Project-X also comes with Brabus branded features such as the sport steering wheel, gear lever and double-spoke design wheels plus a lowered suspension, chrome sidebars, a sports exhaust, tinted glass, metallic paint and body coloured bumpers.
Steve Bridge, Van Sales and Marketing Director for Mercedes-Benz UK said that "Project-X not only sounds awesome, but it looks amazing too!
The sheer power from this van, both from the engine and the sound
system, is epic and needs to be seen to be believed. The machine is
simply amazing." 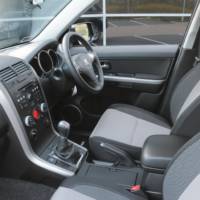 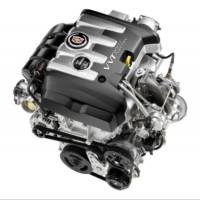