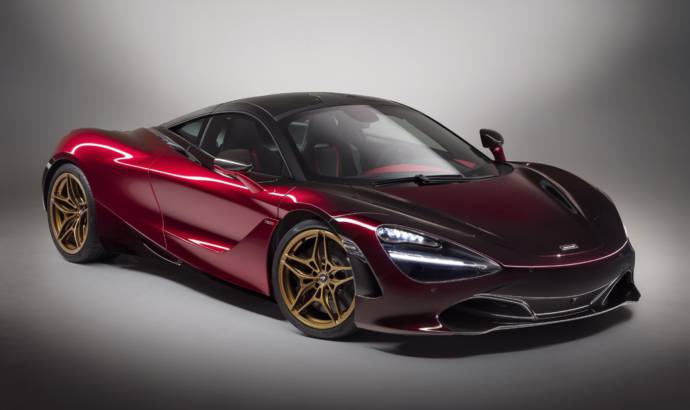 McLaren 720S Velocity is a new product from MSO

McLaren Special Operations was quick in launching a customized new McLaren 720S, during this year Geneva Motor Show. the car was showcased at the stand next to the standard car, also unveiled for the first time to the eyes of the public.

The new special car is called McLaren 720S Velocity and comes with a paint theme that comprises two pearlescent hues of red, a newly formulated shade, Nerello Red, is used on the front and upper body panels of the car, including on the red-tinted visual carbon fibre bonnet and fades into a Volcano Red that covers the sides and rear of the car.

The unique paintwork is complemented by lightweight alloy wheels, finished in a subtle shade of metallic bronze by MSO. A range of exterior carbon fibre parts selected from the MSO collection also features on the 720S ‘Velocity’.

Inside the 720S ‘Velocity’ you can find Carbon Black Alcantara trim throughout contrasting with Harissa Red leather details. Complementing the exterior ‘Velocity’ theme, Harissa Red highlights are continued throughout the interior, including on the fascia, steering wheel, doors and across the sports seats fitted as standard on the 720S.

The McLaren 720S ‘Velocity’, which as a complete vehicle costs in the region of £335,000 as a McLaren Special Operations commission, is one of five MSO themes for the new McLaren Super Series that are explored in a boutique area of the McLaren stand at the 87th Geneva International Motor Show.

The other themes, ‘GT’; ‘Pacific’; ‘Track’; and ‘Stealth’, are displayed on screens. 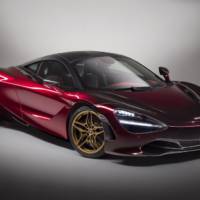 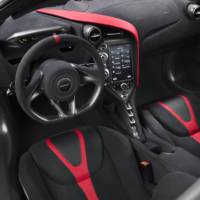 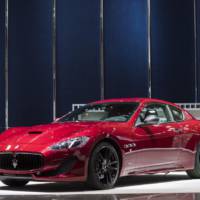 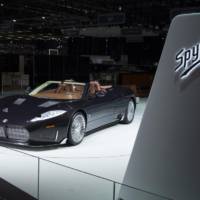 NEXT 14 Mar 2017
Spyker C8 Preliator will use Koenigsegg engine