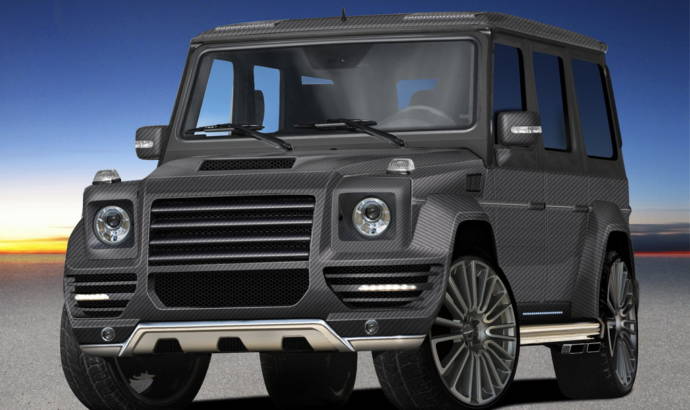 The MANSORY G-Couture is a custom project involving the Mercedes G 55 AMG that is being presented at the Geneva Motor Show.
At the exterior the MANSORY G-Couture Mercedes G 55 AMG received an ultra light treatment, as the tuner fitted the German SUV with high-strength carbon fiber almost completely. Various other visual elements that also include the 23 inch rims will definitely make the MANSORY G-Couture Mercedes G 55 AMG a real head turner.
Under the bonnet a power package enables the MANSORY G-Couture Mercedes G 55 AMG to boost 700 HP (515 kW) and 880 Nm of torque, instead of 507 HP (373 kW) and 700 Nm like the stock version, so even though it was not mentioned performance figures should look better.
The MANSORY G-Couture Mercedes G 55 AMG price for the whole conversion was not announced.
MANSORY press release :
Kourosh Mansory puts a designer piece on wheels. The automobile refiner MANSORY turns the Mercedes-Benz G-class into a luxury vehicle class of its own in a limited edition of only seven cars. The car is based on the Mercedes-Benz G 55 AMG and bears the name G-Couture. Only very few people will be able to enjoy this unique automobile. The edition is strictly limited to only seven cars.
The new tailored suit of the G-model impresses both visually and also technically. The entire exterior up to the lower window edge and the roof of the SUV are made of carbon. But the ultra-light and high-strength material is not enough for MANSORY and its aspired exclusiveness. By using the autoclave-prepreg-method, the carbon is compressed so strongly in a special pressure chamber that no more air inclusions remain in the material. Normally, this processing method is only used in aviation and aerospace, as it is very cost-intensive. But MANSORY does not accept any compromise when it comes to quality.
The refiner also puts the same emphasis into the engine modification. MANSORY replaces the majority of the components with high-performance components from the Mercedes-Benz SLR. This extensive modification leads to impressive 700 hp (515 kW) with the MANSORY G-Couture instead of the serial 507 hp (373 kW) of the G 55 AMG. The maximum torque rises from 700 to 880 Newton metres.
In order to transmit this enormous power to the road, the luxury refiner equips the G-Couture with four high-performance tyres Pirelli Scorpion in the dimension 305/35 R 23. They are carried by new, one-part SUV-rims in 23 inches which MANSORY presents at their world premiere.
And of course the interior is nothing short of the exclusive exterior. Thereby it is obvious that MANSORY has replaced the back bench with four single seats whose lateral support has grown with the performance of the car. A further application is the continuous central console which now reaches from the back seat to the cock-pit and offers the passengers at the back seat integrated monitors which are connected to the DVD entertainment system.
The MANSORY upholstery department only allows flawless leather for the interior. The perfectly processed skins do not only stand out for their endurance but also for their especially pleasant surface quality. The exquisite overall impression is enhanced by the airbag sports steering wheel and the aluminium pedals. The entire refinement of the passenger cabin is emphasised by applications made of real python skin in silver and crowned with G-Couture logos in the head rests 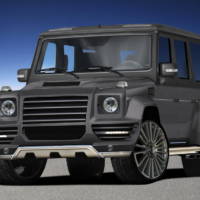 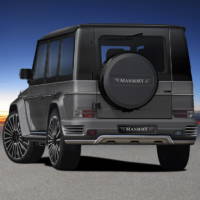 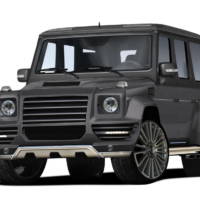 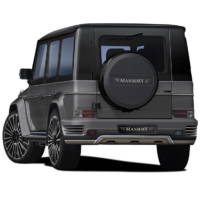 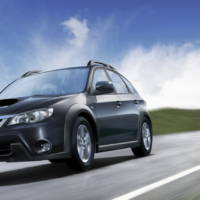 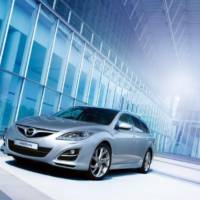