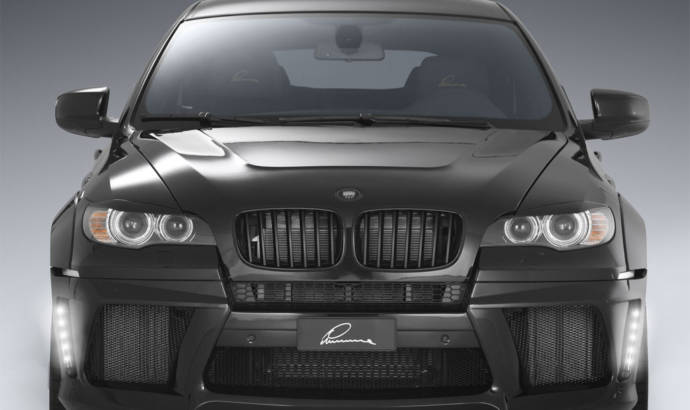 A second world premiere in Geneva next week comes from Lumma Design who will showcase their customized BMW X6M named the CLR X 650 M.
This time the tuner has been working on performance as well, so the Lumma CLR X 650 M BMW X6M and its optimized V8 engine is able to produce 650 horsepower (478 kW) and 830 Nm of torque instead of 555 horsepower (408 kW) and 680 Nm of torque like the standard model.
Thanks to this power upgrade the Lumma CLR X 650 M BMW X6M can reach a top speed of 312 Km/h.
Moving to the exterior the Lumma CLR X 650 M BMW X6M comes fitted with a more aggressive front spoiler that incorporates the LED lights, wider wheel arches, new side skirts and a redesigned rear spoiler that integrates the diffuser and the 4 exhaust pipes.
The Lumma CLR X 650 M BMW X6M front bonnet is made from carbon fiber and the powerful SUV sits on 23 inch black rims wrapped in performance tires.
Lumma Design press release :
CLR X 650 M – that is the name of the BMW X6M after it underwent a rejuvenation by LUMMA Design. Instead of the serial 555 hp (408 kW), the V8-engine now renders powerful 650 hp (478 kW). Also, LUMMA Design increases the maximum torque from 680 to breathtaking 830 Newton metres. Thereby, the top speed rises to 312 kph. This enormous performance enhancement of the BMW is owed to the catalyst replacement pipes, the sports exhaust system and the adjusted engine electronics which LUMMA Design especially optimised for this automobile in elaborate tests. The matching sound for this newly gained power is rendered by the end muffler “Sportsound” with its four stainless steel end pipes measuring 100 millimetres in diameter.
Aerodynamics kit and undercarriage enhance the performance
Matching the increased performance, the CLR X 650 M presents itself confidently with a broad aerodynamics kit. Already the new front skirt with the LED daytime running lights leaves no doubt for the bold appearance of the refined BMW. The wheel house extensions and the side skirt confirm the dynamic look which is further enhanced by 40 millimetre lowered undercarriage. The rear skirt, the boot lid top and the rear spoiler lip render a harmonious transformation. The great attention to detail used by the designers from Winterlingen in Germany, shows in a wide range of refinement, such as lateral indicator covers or the varnished sports-look carbon bonnet. Also the headlight blinds and the shaded rear light set contribute to the dynamic appearance.
For ideal road grip, there are four 315 millimetres wide ultra high-performance tyres by Michelin which are fitted to 11×23 inch Blackline Monoblock rims. The dynamic look of the voluminous black rims stems from the multipart look and the outer well made of stainless steel. This impression is further enhanced by varnished brake callipers which poke out between the spokes.
LUMMA Design also developed the interior as dynamic and performance-oriented as the new exterior. Leather and ultra-suede can be found for example at the ergonomically formed sports steering wheel. Rails made of orange-coloured carbon and pedals and foot rests made of aluminium moreover indicate the vitality of this automobile. The same applies for the illuminated door sills with the lettering “CLR X 650 M“ and the extended speedometer range up to 360 kph displaying the LUMMA-Logo.
LUMMA Design confirms its love for detail also in the interior. Both the floor mats and also the boot mat are made of velour, have a leather edging and are adorned with the LUMMA coat of arms logo. The type plate with the consecutive serial number enhances the exclusive character of the CLR X 650 M.
BMW’s plan to build a sporty SUV has been perfectly completed by LUMMA Design. The automobile is already serially equipped with a powerful engine, but it only starts turning into a thoroughbred sports car as a CLR X 650 M. More information is available at www.lumma-design.com 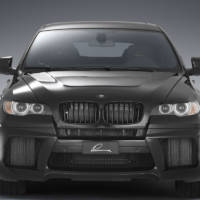 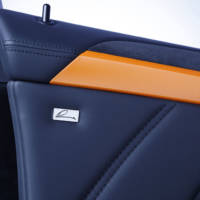 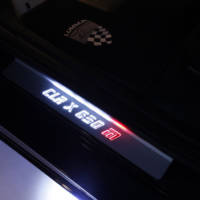 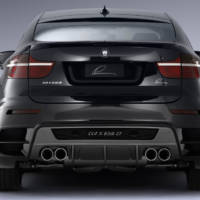 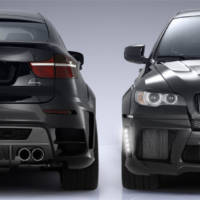 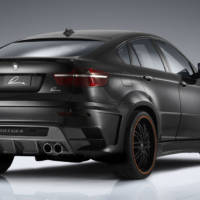 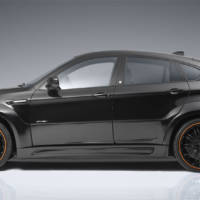 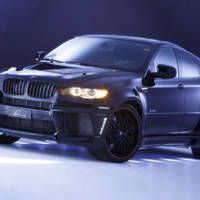 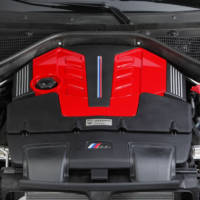 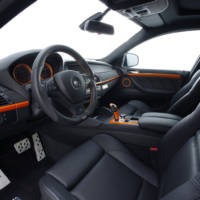 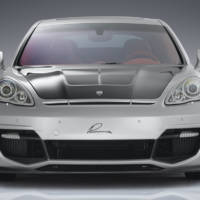 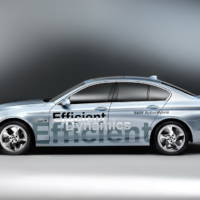