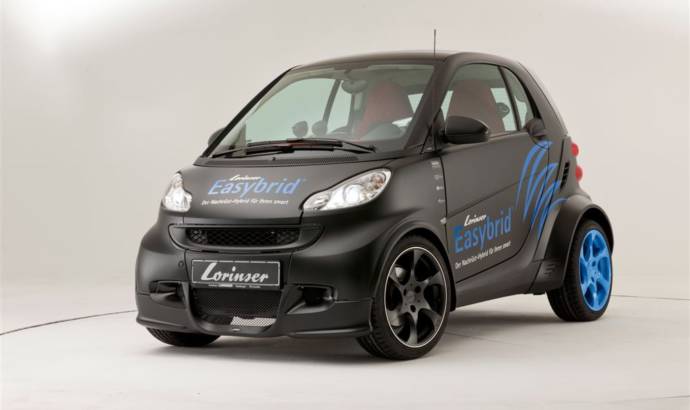 In other news involving German tuners showcasing their creations at the 2010 Essen Motor Show, we found out about the Easybrid project through which Lorinser wants to achieve a low-cost hybrid from a Smart ForTwo.
The Lorinser Easybrid Smart ForTwo was born from the tuner’s idea of adding an electric motor to a conventionally powered car with drum brakes on the rear axle, which will also offer the driver the possibility of traveling in pure electric mode as well.
The two electric motors mounted on the rear wheel hubs are backed by energy recuperation systems activated upon braking, which are linked to batteries found in the spare wheel compartment.  These add around 30 kW more to the car’s total output, and thanks to this hybrid power-train the Lorinser Easybrid Smart ForTwo can run approximately 30 kilometres on sole electric power and more than 500 Km in combined hybrid
mode.
This type of transformation featured by the Lorinser Easybrid Smart ForTwo has also been studied on models like the Volkswagen Polo, Renault Twingo and Fiat 500, the the German tuner says modifying a compact car like this only makes sense if it does not exceed the value of the automobile.
Lorinser also says the Easybrid Smart ForTwo transformation costs should be about 5,000 Euro. 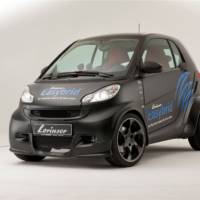 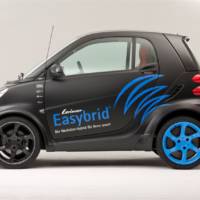 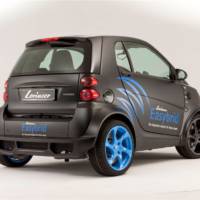 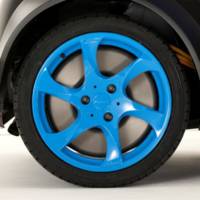 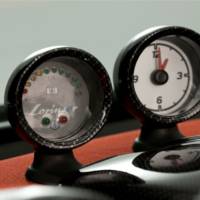 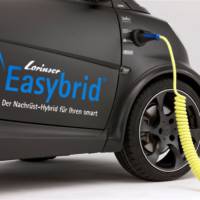 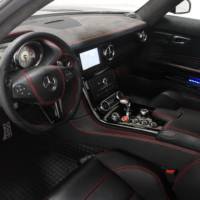 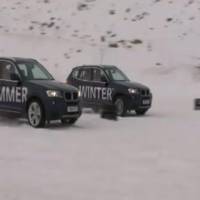