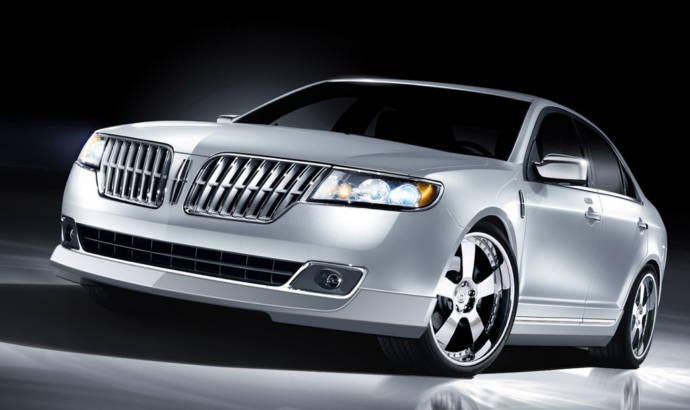 The custom Lincoln cars to be presented at the 2009 SEMA Show this year are based on the 2010 Lincoln MKZ, 2009 Lincoln MKS and 2009 Lincoln MKT models.
The company says they want to prove that Lincoln cars have personalization potential and that luxury vehicles don’t have to be conventional.
The three customized Lincolns are the 2010 Lincoln MKZ by 3dCarbon, the 2009 Lincoln MKS by Raceskinz and the 2010 Lincoln MKT “Panache” by Rick Bottom Designs.
Ford press release :
LAS VEGAS – The Lincoln brand is synonymous with luxury, but the Lincoln MKS, MKT and MKZ project vehicles at this year’s SEMA (Specialty Equipment Market Association) Show – Powered by Ford prove that luxury doesn’t have to be conventional.
The vehicles will be on display in the Ford booth at this year’s SEMA show, which will be held Nov. 3-6 at the Las Vegas Convention Center. Ford is the featured automaker this year at SEMA, the premier automotive specialty product trade event in the world representing the $31.8 billion aftermarket industry.
The SEMA show is the perfect environment to demonstrate to Lincoln customers what is possible with a little imagination.
“Lincoln as a brand is continuing to attract younger customers to the showroom with products like the MKS, MKZ and the new MKT luxury crossover,” said Amy Marentic, Ford North American Car and Crossovers group marketing manager. “These customers place huge importance on style, design and technology, and these are areas where Lincoln plays well,” said Marentic. “SEMA gives customizers the opportunity to push the boundaries of design, while still focusing on the core strengths of the Lincoln brand.”
Ford SEMA Designer Melvin Betancourt says the new Lincoln lineup provides a great platform for creativity.
“Customization is about individuality and reflecting who you are. That is particularly true about the new generation of people who are buying cars,” he said. “The vehicles at this year’s SEMA show prove that Lincolns have great personalization potential.”
Tirrelle Lazada-Smith, co-owner of Raceskinz, a subsidiary of Catalyst Industrial Marking located in Van Nuys, Calif., created a customized Lincoln MKS. The exterior of the vehicle is painted in a pearlescent white color and features many carbon fiber accents.
“Carbon fiber is to us what chrome was to our previous generation,” said Lazada-Smith.
And there is no shortage of carbon fiber in the Raceskinz MKS. The material is used in the roof overlay, the side door moldings, the rear diffuser accent, mirror covers, trunk accent, antenna cover, license plate frame, fog light bezel and rear spoiler accent. It’s also featured inside the vehicle in the interior dash trim kit, door panel accents and custom rear center console.
“The carbon fiber is very strategically placed,” said Lazada-Smith. “It is not gaudy or overdone.”
The MKS also features deep offset carbon fiber-faced wheel rims and carbon fiber exhaust tips.
Rick Bottom, owner of Rick Bottom Designs of Mendota, Ill., says he knew he had to customize the new Lincoln MKT luxury crossover when he first saw the vehicle at the Chicago Auto Show last year.
“I had seen pictures of the MKT concept, and I just fell in love with it because it’s so artsy,” he said. “It has beautiful lines with very high style, nice flow and swag. It’s also very feature-packed, comfortable and efficient.”
Bottom says the first thing he did with the MKT was envelop the vehicle in a striking custom paint color. “The color is called ‘Turnin’ Orange,’ and it looks orange in the sun and red in the shade,” he explained. “I’ve had it sitting outside my shop, and people one after another will stop their cars and look at it. It’s pretty wild.”
Bottom also shaved off the door handles to make the body of the MKT appear smoother, created custom chrome beltline moldings to accent the body line and modified the rear bumper to create a cleaner look. He enhanced the interior ambience with two-toned leather and matching floating armrests and added powerful Xtant speakers and amplifiers to the sound system.
“We also lowered the ride by two inches to make the vehicle look sleeker and sportier,” he said.
Ernie Bunnell, owner of 3dCarbon, located in Newport Beach, Calif., chose a 2010 Lincoln MKZ to customize.
“The Lincoln MKZ is a vehicle that has refinement and elegance,” he said. “The ride and feel of the new MKZ inspired us to enhance the design with a lower stance and conservative touches of aerodynamic styling.”
The 3dCarbon MKZ features a flush-mount decklid rear spoiler, rear upper roof spoiler, stainless-steel lower chrome door moldings and stainless-steel dual exhaust extensions, all custom made by 3dCarbon. The vehicle also includes a Magnaflow stainless-steel cat-back exhaust system and TSW “Snetterton” Hyper Silver 20-inch wheels.
The Lincoln project vehicles featured at this year’s SEMA show include:
2009 Lincoln MKS by Raceskinz
The Lincoln MKS Elite is a perfect example of what happens when you merge beauty and technology. Raceskinz is generous with the use of carbon fiber inside and out. And with its high-powered LIIV™ entertainment system, Raceskinz makes sure its occupants stay connected to the world in style.

2010 Lincoln MKT “Panache” by Rick Bottom Designs
Luxury and high style abound in this flamboyant custom vehicle by Rick Bottom. The exterior has been shaved of its door handles, antenna and rear reflectors. A custom-made beltline molding in chrome further accents the body line. Art and science combine for the striking paint treatment. Interior ambience is enhanced with two-toned leather and matching floating armrests. The audio system is powerful and tuned for ultimate sound quality, and the navigation system directs your travels.

2010 Lincoln MKZ by 3dCarbon
The refinement and elegance of the 2010 Lincoln MKZ inspired this look by 3dCarbon, which adds a unique touch to Lincoln’s American style. It’s a realistic and beautiful take on a new classic Lincoln car. 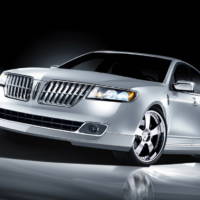 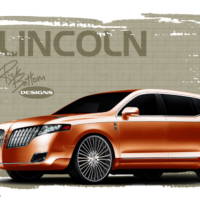 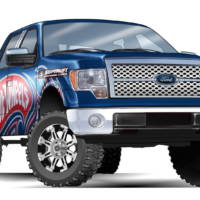 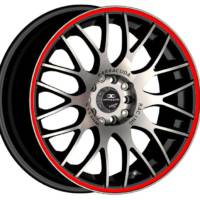