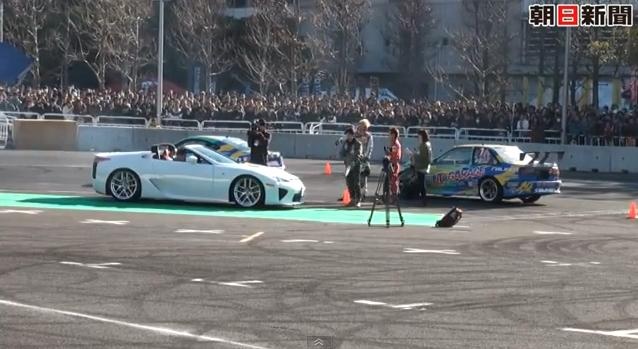 Despite previous reports that were mentioning the fact that Toyota has decided to abandon the development of a roadster version Lexus LFA, a video that shows just that, an open top LFA, has just popped up on YouTube.
A white, roadster version LFA surprised the crowds with its appearance at the D1GP Kick Off Drift event that took place just outside the venue where the Tokyo Auto Salon was hosted. The vehicle which could be only a one-off custom job, did a couple of drifts on the circuit, and the reason we say that is due to its roll-bar seen behind the rear seats.
If Toyota did however decided that the LFA range should be expanded with a roadster version, then this means we should get the official details and photos sometime soon. 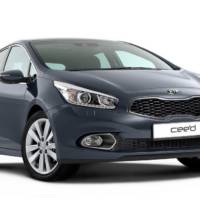 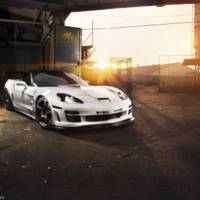