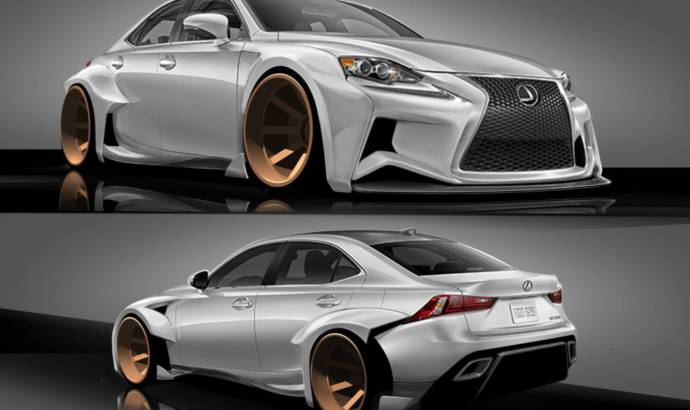 Lexus IS fan-created tuning to be introduced at SEMA

The all-new 2014 Lexus IS sport sedan is getting closer to making its grand entrance this November at the Specialty Equipment Market Association (SEMA) Show in Las Vegas. The third-generation IS will turn heads at SEMA with new aggressive exterior styling demonstrated by a spindle grille, wider stance and sporty rocker panels. To make the IS stand out more, Lexus partnered with DeviantART to find creatives who envisioned the sport sedan to be even edgier.

DeviantArt and Lexus challenged the design community to show their vision for the 2014 IS with custom exterior treatments and modifications. The ultimate IS sport sedan concept will be modified by VIP Auto Salon in 10 weeks to reflect the rendering. It will also be displayed at the Lexus space at SEMA.

Community members spent countless hours conceiving concepts and creating visions that would further enhance the IS. Four judges narrowed more than 600 innovative submissions down to 25. The top 25 entries were selected based on being true to the essence of the 2014 IS design, being consistent with the image of the Lexus brand, originality and potential as an actual executable design.

Lexus and DeviantART announced the first, second and third place winners today. Rob Evans from Seattle, Washington took first place. His rendering will be built and displayed at the SEMA show. The second place winner was Lucia Lee of Pasadena, California, while Guanghao Huang from Southfield, Michigan placed third.

In addition to having their creation come to life, the talented first place winner will receive a one-year lease of a 2014 Lexus IS F SPORT; $2,000; a trip to this year’s SEMA Show to see their IS concept on display; 8,000 deviantART points; and a one-year premium membership to deviantART. 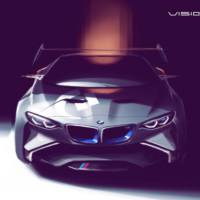 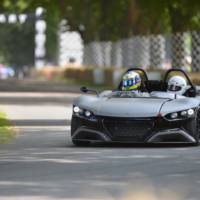