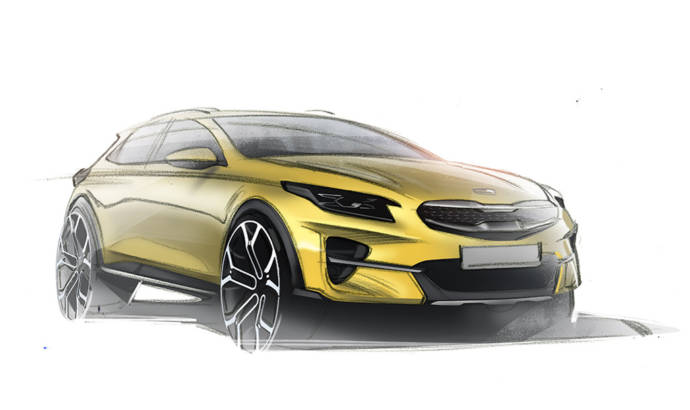 Kia XCeed at the begining

Kia XCeed was already unveiled to the public, but the South-Korean manufacturer wants to show the public how it all started and what is the inspiration source.

The Kia XCeed is the latest model to join the Ceed line-up, alongside the new five-door hatchback, Sportswagon and ProCeed shooting brake. The full story of the Ceed’s three-generation evolution will be revealed in a new limited-run book, due to be released later this year, including how the all-new Kia XCeed and ProCeed came to life.

Gregory Guillaume, Vice President of Design for Kia Motors Europe, oversaw the design of the new Ceed range, a process in which the brand considered a range of options to replace the previous three-door pro_cee’d hatchback. “While creating the next ProCeed, we realised that there could be a fourth body type within the Ceed line-up. This became the Kia XCeed,” says Guillaume. “The beauty of the project was that we never originally set out to create a crossover.”

The Kia XCeed’s cab-rearward silhouette and fastback tailgate angle lend the design a coupé-like twist, matched by a relatively long bonnet. While the wheelbase remains the same as other models in the Ceed line-up (2,650 mm), the Kia XCeed’s front and rear overhangs are extended over the five-door hatchback model by 25 mm at the front (to 905 mm) and 60 mm at the rear (to 840 mm). A steeply-angled fastback tailgate, and a rear ‘deck’ trailing edge which sits 60 mm higher than that of the Ceed five-door hatchback, enhances its crossover aesthetic.

The car’s elevated ride height and body also present the same robust image that attracts buyers to the other SUVs in Kia’s product portfolio. The Kia XCeed’s ground clearance is 172 mm on 16-inch wheels and 184 mm on 18-inch wheels, a rise of up to 42 mm over the Ceed five-door hatchback. Wheel arch and side sill cladding and silver roof rails lend the car a tougher, SUV-like presence, with the metallic valance in the rear bumper enhancing this effect. 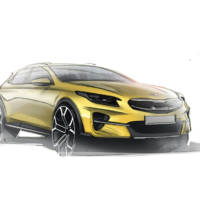 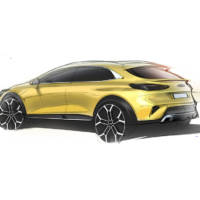 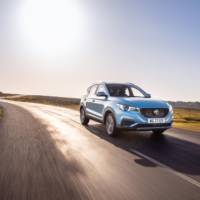 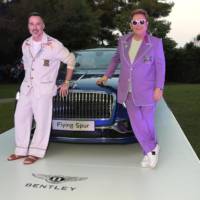