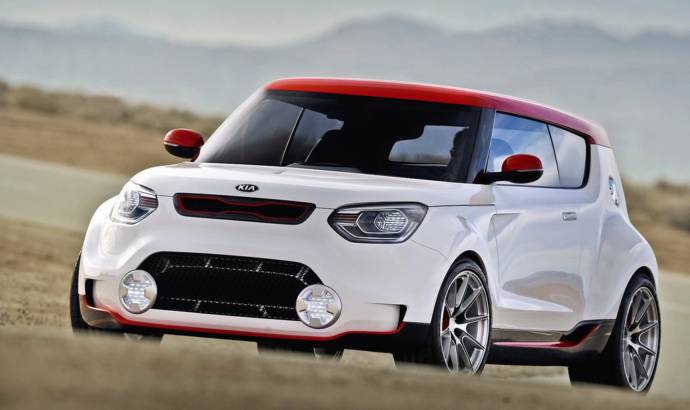 As promised Kia unveiled their Trackster Concept in Chicago today, a performance oriented 3-door Soul coupe which hints at a possible production model.
Created by Kia’s design studio in California, the Trackter is aimed at road and track usage with Tom Kearns, Chief Designer for KMA stating that "The idea was to make the Track’ster tough looking, like a bulldog," "We wanted to base the car in reality so people instantly knew it was a
Soul, but with a lot of attitude.  It had to be a bold interpretation
that would change people’s conceptions of what a sporty Kia could be."
In order to achieve their goal the company designed the Trackster with numerous eye-catching features, among which there are the massive air intake split at the front, trimmed in carbon fiber, the sweeping head lights with integrated LEDs, the vertical LED taillights, the vented rear spoiler plus the HRE-K1 monoblock billet performance wheels wrapped in Michelin Pilot Sport PS2 tires size 245/40-19 at the front and 285/35-19-inch at the rear.
The Kia Trackster Concept has a stretched wheelbase measuring 101.2 inches, and is also more than 5 inches wider than the production Soul (measure 75.5 inches in width).  Its interior is dominated by the two racing seats, the redesigned dashboard and the Grabyte Grey leather and suede covering the door panels, the steering wheel and numerous other areas inside the cabin.
The Trackster is motivated by a 2.0-litre turbocharged engine which transforms 250 HP into motion via a 6-speed manual transmission and an electronically controlled four-wheel-drive system.
The concept also features a lowered suspension and a high-performance braking system from Brembo. 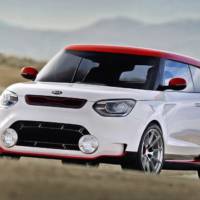 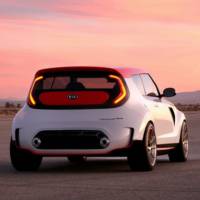 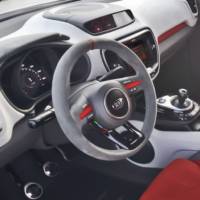 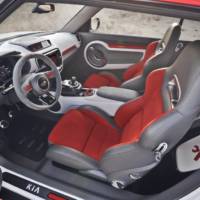 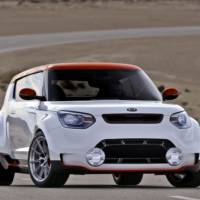 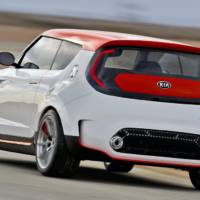 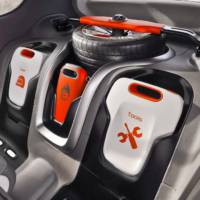 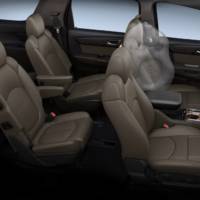 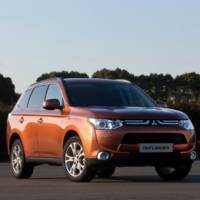