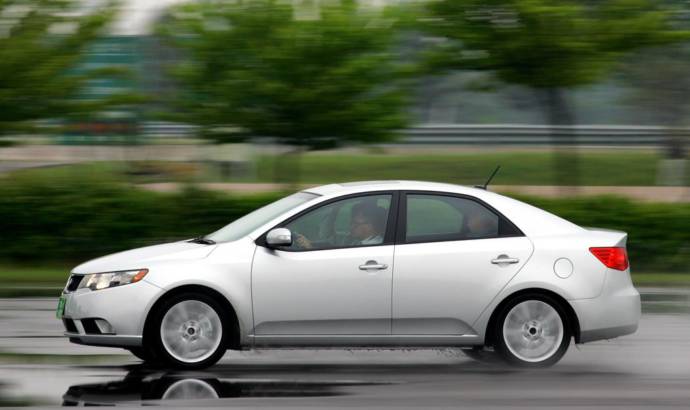 The first commercial hybrid electric vehicle ever built by Kia Motors was just released onto the Korean market today. The Kia Forte Hybrid LPI – Petroleum Injection is the result of a USD 180 Million investment in research by the company over a 25 months time period and should offer an alternative to the huge demand for LPG-powered vehicles on Kia’s home market.
The Kia Forte Hybrid LPI uses a 1.6-litre Gamma LPI engine plus an electric motor (with inverter and converter) and an 180V lithium ion polymer battery. Even though exact performance figures were not specified, the Kia Forte Hybrid LPI is a Super Low Emission Vehicle with 99 grams of CO2 released per kilometre.
Among the eco-friendly features on the Kia Forte Hybrid LPI we can mention the Stop and Go function and the Continuously Variable Transmission equipped with a special E-gear (Eco Drive) that makes automatic adjustments that help in lowering fuel consumption.
Kia press release :
Kia Motors has launched its first commercialised hybrid electric vehicle, the Forte Liquid Petroleum Injection Hybrid, onto the Korean market.
This move represents Kia’s first step on the road to a greener future with hundreds of millions of dollars of research and development work now coming to the market. Although the UK will not get this model, British motorists will be able to choose to buy Kia hybrid vehicles under the company’s Eco-dynamics brand within three years.

The Forte LPI Hybrid is the newest addition to Kia’s Forte family – known as Cerato in some markets and based on the cee’d platform – which includes both petrol-powered four-door sedan and sporty KOUP versions. Kia Motors invested KRW 240 billion – approximately USD 180 million – over a period of 25 months to develop the eco-friendly Forte LPI Hybrid.
There is huge demand for LPG-powered vehicles on the Korean domestic market but in Europe Kia are working on petrol-powered and plug-in hybrids that are likely to arrive in showrooms by 2013. Kia is also working on hydrogen fuel-cell powered vehicles and already has vehicles operating in the United States that are capable of starting at minus 25 degrees centigrade and delivering a range of more than 350kms on a single charge.
Kia will be introducing the Eco-dynamics brand to the UK market later this year with diesel powered cee’d models featuring Intelligent Stop & Go technology from Bosch coupled to low-rolling resistance Michelin tyres that will help reduce carbon dioxide emissions and improve fuel efficiency.
Simon Hetherington, Kia Motors (UK) Limited’s Marketing Director said: “Although we are not bringing this particular hybrid to the UK we are aware of the growing demand for better sustainability in the new car market and are committed to improving the choice we offer to motorists.
“The cee’d ISG models will be our first dedicated step here in the UK and Kia is committed to bringing a range of new technologies to UK consumers as soon as is viable. It will not be too long before we have hybrid vehicles but we see this as a step on the way to a fuel-cell powered future. This is the real answer to the problem of automotive pollution – even fully electric cars just push the pollution problem further up the chain to the generators. Hydrogen offers a real long-term solution to the challenge of individual mobility coupled with environmental sustainability,” he added.
The Forte LPI Hybrid answers consumer demand for environmentally friendly vehicles that are exciting and fun to drive. Additionally, with CO2 emissions of just 99 g/km, the Forte LPI Hybrid qualifies for billing as a Super Low Emissions Vehicle (SULEV).
The new car utilizes a 1.6-litre Gamma LPI engine with an independently developed Continuously Variable Transmission (CVT) and a hybrid system, comprising an electric motor, inverter, converter and 180V lithium ion polymer battery.
Forte Hybrid LPI System
Both the engine and electric motor are activated when the ignition is turned on but only the engine will run when cruising. When decelerating, the car utilises a special regenerative braking function to convert energy that is normally lost into electricity that can be stored in the battery.
The hybrid system is also equipped with Kia’s Intelligent Stop and Go function, which automatically switches off the engine when the vehicle is idle to reduce unnecessary fuel consumption and emissions. ISG functions when the driver applies the brakes after running the car for more than two seconds at speeds of six miles per hour or higher.
Another key feature found in the Forte LPI Hybrid is a Continuously Variable Transmission for hybrid cars which, together with the 1.6 Gamma LPI engine, delivers powerful performance and fuel savings. The hybrid-unique CVT is also equipped with a special E-gear (Eco Drive) that makes automatic adjustments to ensure maximum fuel efficiency.
Additional Eco-Friendly Features
The Forte LPI Hybrid retains the sporty and dynamic styling of the existing Forte gasoline sedan, a representative work of Kia’s emerging dynamic design language, while adding aerodynamic elements to minimise drag and improve fuel economy.
The application of a front/rear bumper skirt, aluminum wheels and rear spoiler, in addition to the use of an exclusive cover for the lower part of the engine room and centre floor, result in lowered air resistance of 0.26 Cd, compared to 0.29 Cd for the petrol-powered Forte.
The vehicle’s full-digital SuperVision gauge cluster relays critical information to the driver and includes an “Eco Guide” function which encourages the driver with an “Eco Driving Point” icon to adjust fuel consumption and drive more sustainably. 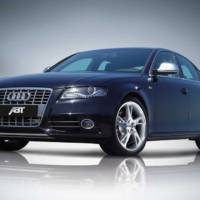 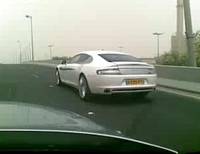