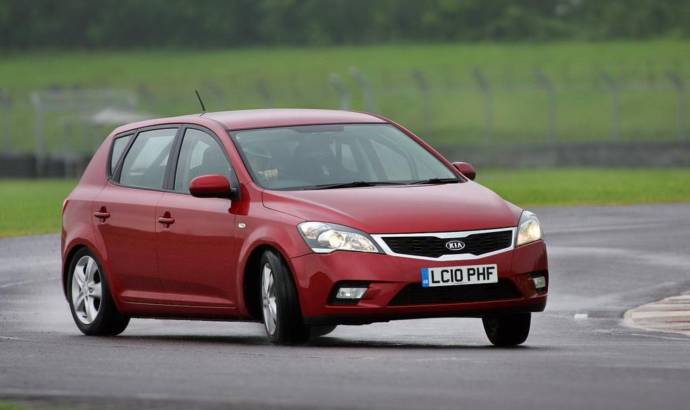 I’m sure there are very few people that didn’t see the first episode of Top Gear’s Season 15 which aired on BBC2 on Sunday, June 27th, but in case you missed it then you should know that the Chevrolet Lacetti from the Reasonably Priced Car segment has been replaced with a Kia Ceed.
The crew from Top Gear has chosen the Kia Ceed 2 1.6 manual 5-door hatch, and ordered three exemplars in red, after of-course the Stig has tested it and approved.
As you can imagine this is a big step forward for Kia as in one of the previous Top Gear shows the hosts tried to build a Kia out of washing machines.
On the British market the Kia Ceed 2 1.6 manual carries a price tag of 13,930 GBP and the 1.6-litre engine from under the bonnet provides 124 bhp and 113 lb-ft of torque.
Kia press release :
After being tested and found up to the mark by The Stig, Kia’s cee’d 2
1.6 manual five door C-segment challenger has made its first appearance
as BBC2 Top Gear’s “Reasonably Priced Car” in the latest series of the
hit TV show.
The car was put through its paces by the white-helmeted mystery-man
at the programme’s Surrey test track prior to Kia being asked to provide
three identical red cars for the latest series of the show.
Stephen Kitson, Communications Director of Kia Motors (UK) Ltd.,
said: “The last time Top Gear paid us any attention I think they tried
to build one of our cars out of washing machines – so this is quite a
step forward in their understanding of just how Kia has changed over the
last six years.
“The cee’d has become a strong player in the mid-sized family car
market and just this year J.D.Power named it best small-medium car in
their annual quality survey – so it should stand up well to anything the
star guests can throw at it.
The £13,930 cee’d 2 1.6 manual –that comes with Kia’s unmatched 7
Year Warranty – features a four-cylinder 1,591 cc engine producing 124
brake horse power and a very flexible 113 lb’ft of torque. Capable of
returning 46.3 mpg on the combined cycle the cee’d emits 146gms of CO2
per kilometre – though in use in the show it is unlikely to match that
performance. 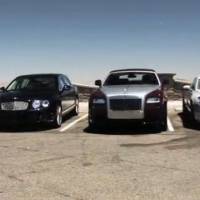 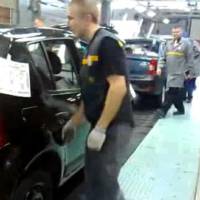