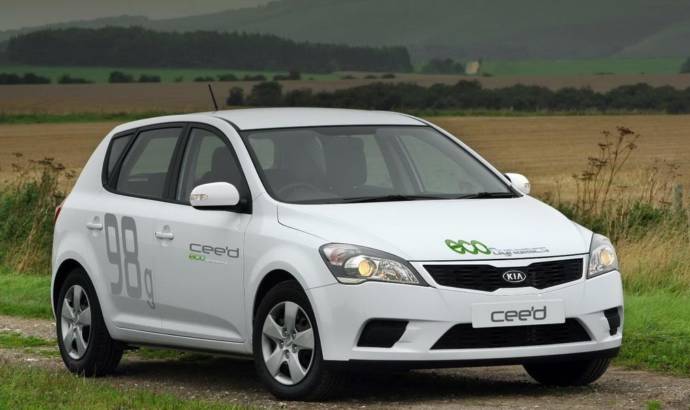 The ultra low emission Kia Ceed EcoDynamics is being presented in Geneva this week. Powered by a 1.6-litre diesel engine that produces 90 PS @ 4,000 rpm and 235 Nm of torque from 1,900 to 2,750 rpm, the Kia Ceed EcoDynamics is now 11 percent more efficient, with CO2 emissions of 98g/Km.
Among improvements that turned the Kia Ceed EcoDynamics into a ‘cleaner’ vehicle the automaker mentions the redeveloped engine maping and fuel injection strategy through optimized electronics, a variable water pump and a new alternator.
The Kia Ceed EcoDynamics has also received a Diesel Particulate Filter and and six-speed manual transmission is responsible for putting power to the ground.
Other efficiency features on the Kia Ceed EcoDynamics a Stop and Go system and a gear-shift up/down indicator.
The Kia Ceed EcoDynamics price was not announced yet.
Kia press release :
To showcase its ‘EcoDynamics’ range of fuel-saving vehicles, Kia Motors is revealing an ‘ultra-low’ CO2
version of its popular cee’d at the Geneva Motor Show.  The new model
achieves a significant 11 per cent reduction in emissions – down to
just 98 g/km, compared with 110 g/km for the current cleanest cee’d.
The five-door hatchback is powered by Kia’s new ‘U2’ family
1.6-litre diesel engine, designed and engineered at Kia’s R&D
centre in Rüsselsheim, Germany and manufactured in Slovakia.
Cleaner, quieter and more fuel-efficient this engine has the latest
generation common rail diesel injection system and is fitted with a
Variable Geometry Turbocharger.
Maximum power of 90 ps is produced at 4,000 rpm and maximum torque
of 235 Nm is available across a wide rev band, from 1,900 to 2,750 rpm,
for excellent drivability.  More than 90 per cent of the maximum torque
is available from just 1,500 rpm, for strong and smooth acceleration
almost from idle.
In the EcoDynamics cee’d, the engine features improved engine
mapping and fuel injection strategy with new software and is fitted
with a variable water pump which absorbs less power, a high efficiency
alternator with power-saving management system and a Diesel Particulate
Filter.
Top gear ratio in the six-speed manual transmission has been raised
by 12 per cent from 3.941 to 3.471 to 1, reducing revolutions at high
speeds.  Both the engine and transmission are filled with low-viscosity
lubricants.
In addition to using the latest engine technologies to enhance
efficiency, the EcoDynamics cee’d is equipped with a range of
fuel-saving features.
Kia’s fuel-stretching Intelligent Stop and Go system – that
automatically switches off and then restarts the engine in congested
city driving – now features optimised system logic.  The electric
power-assisted rack and pinion steering system requires just 2.69 turns
of the wheel from lock-to-lock.
To encourage an economical driving style, an Eco Driving Guide – a
gear-shift up/down indicator – is displayed in the cabin. To improve
the 4.26-metre long car’s aerodynamics and lower its rolling
resistance, a variety of measures have been adopted.
The suspension is lowered by 15 mm, a smooth under-floor is fitted
together with airflow deflectors ahead of each tyre and a rear spoiler
is positioned on top of the tailgate.  Brake-pad drag on the discs is
reduced and the 16-inch diameter alloy wheels are fitted with low
rolling resistance 205/55 R16 Michelin tyres and are inflated to a
higher pressure of 38 psi.
No on-sale date for the revised EcoDynamics cee’d has yet been confirmed.
Michael Cole, Managing Director of Kia Motors (UK) Ltd., said: “The
current cee’d ISG has already attracted considerable attention in the
UK thanks to its tax advantages for companies and for its low
emissions. We are constantly monitoring demand in the UK market and we
will be working with our colleagues at KME to bring this further
developed technology to the UK at the appropriate time. We’ll inform
customers of developments on www.kia.co.uk ” 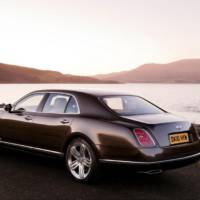 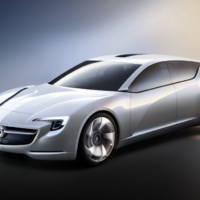