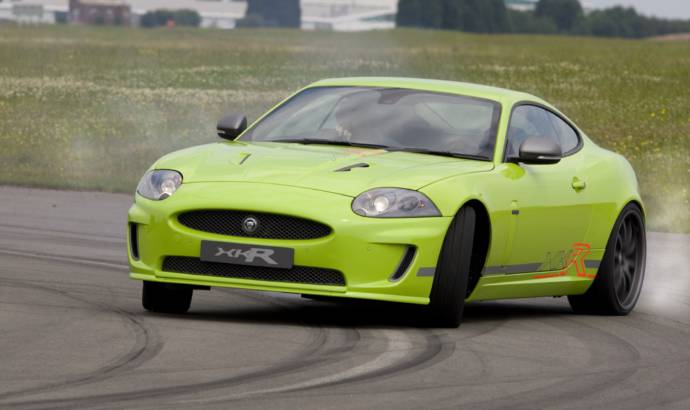 Jaguar will be represented at this year’s Goodwood Festival of Speed by two performance vehicles. One is the record braking Jaguar XFR Prototype that reached a top speed of 225,675 mph in Utah last year at the Bonneville Salt Flats and the second is the Jaguar XKR Goodwood Special edition that has been developed especially for the famous event that will kick off this coming weekend.
The company says that with the Jaguar XKR Goodwood special edition they get a chance of exploring the XKR’s limits in terms of performance as well as having fun without the practical and legal limitations that one will normally get on the road.
As far as elements that enhance performance the Jaguar XKR Goodwood special edition received a new lowered suspension and a louder exhaust system while on the outside the car features a Lime Green body paint, satin graphite detailing to the front grilles, headlights, door mirrors and side window surrounds plus a rear signature blade and bonnet vents.
The overall aspect of the Jaguar XKR Goodwood special edition is completed by a set of 21-inch multispoke design black alloy wheels.
Jaguar press release :
The fastest Jaguar ever will make its UK debut later this week at the famous Goodwood Festival of Speed. The Jaguar’s XFR Prototype made its record-breaking run at the legendary Bonneville Salt Flats in Utah last November, reaching a stunning top speed of 225.675mph.
The XFR Prototype, which will be driven by Rocketsports Racing owner, Paul Gentilozzi, the man behind the wheel at Bonneville, appears in Goodwood’s ‘First Glance’ category. A one-off Jaguar XKR will join the ‘Supercar run’, driven by Mike Cross, Jaguar’s Chief Engineer of Vehicle Integrity.
Mike O’Driscoll, Managing Director, Jaguar Cars, said: "The essence of the Festival is speed, making it the perfect venue for fielding Jaguar’s fastest car ever – the record-breaking XFR Prototype.
"The XKR ‘Goodwood Special’ has been developed as a one-off to explore the harder side of the XKR’s character and allow our engineering team to explore some performance boundaries. The Festival of Speed gives us the opportunity to have fun in a high performance car without all the practical and legal requirements of driving on the road getting in the way!
"These stunning modern Jaguars will be accompanied by a terrific selection of our ‘fastest’ and most significant historic vehicles."
In keeping with this year’s endurance theme, Jaguar’s illustrious heritage will be represented on ‘The Hill’ in the form of Le Mans winners – the D-type and the C-type. Jaguar will also field the unique XJ13 a car designed for endurance racing in the 1960s but which never competed – yet is still considered by many to be one of the most beautiful racing cars of all time.
Long Nose D-TYPE returns to The Hill
The 1957 Le Mans winning long-nose D-type will roar its way up the hallowed hill climb once again. Duncan Hamilton won the Reims 12-hour race in this car in 1956 along with Ivor Bueb and that same year, Mike Hawthorn entered the 1956 24-hour race at Le Mans with Bueb, finishing sixth. Hawthorn and Bueb drove this car again in 1957 at Sebring, finishing third.
First victory for Jaguar at Le Mans 24-hour race – Jaguar C-TYPE
The C-type brought Jaguar its first victory in the Le Mans 24-hour race. Once the XK120 had finished twelfth in the 1950 Le Mans, demonstrating its abilities in racing, it was clear Jaguar had the makings of a world-beater spurring on chief engineer William Heynes to create a competition version for Le Mans – the C-type.
The only one in the world – Jaguar XJ13
The XJ13 is one of the most beautiful racing cars of all time, thanks to the extraordinary work of aerodynamicist Malcolm Sayer. Although the XJ13 was built as a potential Le Mans contender, it never competed in a race due to various business reasons but the potential of this unique 502bhp, 5-litre V12 engine was never doubted.
Bonneville XFR
Running with minor aerodynamic and safety modifications to meet the requirements for a Bonneville run, the 225mph top speed was achieved with additional horsepower liberated by a remapped ECU, a modified air intake and exhaust system and revised supercharger settings. No internal engine components were changed and the six-speed automatic transmission was standard, including the gear ratios. Paul’s link with Jaguar comes from his success with the XKR in the American Trans Am Series – he has achieved five series victories between 2001 and 2006.
For video of the Bonneville XFR in action go to http://uk.mediajaguar.com/php/videos.php
Goodwood Special XKR
As well as performance enhancements and a louder exhaust, this one-off XKR, based on a MY10 vehicle, features 21-inch wheels and a lowered ride-height. The exterior also stands out with a unique Lime Green paint scheme and XKR exterior graphic along with satin graphite detailing to the front grilles, headlights, door mirrors, side window surrounds, rear signature blade and bonnet louvres.
For more information on Jaguar please visit www.jaguar.co.uk. For further information on Jaguar’s heritage vehicles please visit www.jdht.com. 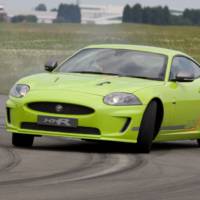 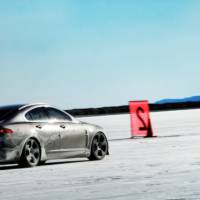 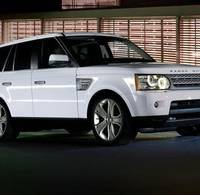 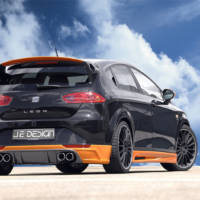