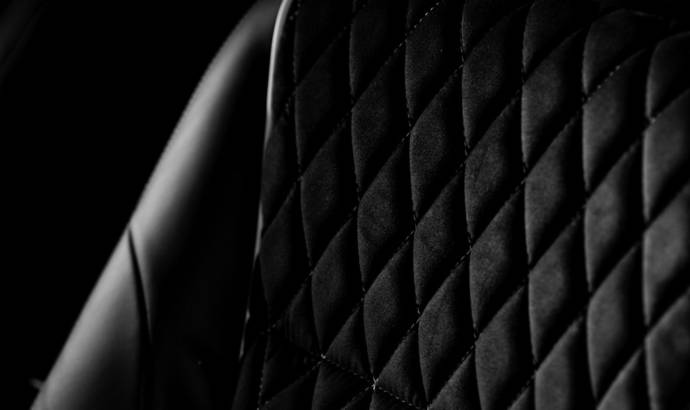 The British car maker has presented a second anniversary model, besides the Jaguar XKR 175, as part of the company’s 75th anniversary celebration. This time we’re talking about the Jaguar XJ75 Platinum Design Concept which as you might have guessed comes with various exterior and interior styling upgrades.
The Jaguar XJ75 Platinum features the same 5.0-litre V8 producing 470 horsepower and 424 lb-ft of torque under its bonnet, so moving on to the visual enhancements, the car comes with a white body finish, dark brushed 22 inch alloy wheels, a redesigned front spoiler, new side sills and a revamped rear bumper.
At the interior the Jaguar XJ75 Platinum features high-end
materials, with gloss pearlescent white air vents,
veneers and diamond stitch suede inserts to the seats and headliner, and various other leather accents.
The Jaguar XJ75 Platinum price was not announced yet.
Jaguar press release :
As part of the year long celebration of Jaguar’s 75th
anniversary the Jaguar design team has created the XJ75 Platinum
Concept, a one-of-a-kind design project on display at the Pebble Beach
Concours D’Elegance Concept Car Lawn this weekend .
The XJ75 Platinum Concept is the company’s first demonstration of the
design customisation potential of the striking new XJ luxury salon,
emphasising the Jaguar’s dramatic interior and exterior styling themes.
“The new Jaguar XJ Platinum Concept celebrates Jaguar’s 75th
Anniversary, and highlights the uniqueness of the XJ, and more broadly,
the increasingly personal nature of luxury cars in today’s market,”
said Mike O’Driscoll, Managing Director of Jaguar Cars. “The XJ is
thoroughly modern, and captures the innovative and daring character that
our founder Sir William Lyons built into every Jaguar. And the design
team clearly had some fun making their first one-of-a-kind XJ design
concept in that spirit.”
Dominated by a striking white and black contrast theme that suggests
precious platinum metal, the XJ75 Platinum Concept is a high-performance
470-hp 2011 Jaguar XJL Supercharged equipped with new ground-hugging
front, rear and side sills. Painted a lustrous Satin Matte Pearlescent
White, exterior chrome elements have been revised to either a dark
chrome or gloss black. Bespoke 22-inch wheels are black and use a
brushed contrast finish.
The contrast theme continues with gloss pearlescent white air vents,
veneers and diamond stitch suede inserts to the seats and headliner, all
set against the backdrop of a full Jet Softgrain leather interior.
Suede and leather accents are seen throughout the interior to further
material enhancements.
The XJ75 Platinum Concept centre console houses a bespoke clock
developed and designed in partnership with the Bremont Watch Company.
An independent British company, Bremont creates beautifully engineered
and designed mechanical watches hand assembled in Switzerland.
“From a pure design perspective, the XJ75 Platinum Concept is
foremost about emphasising the striking proportion and presence of the
new XJ, with a distilled black and white theme, which conjures up the
sense of precious platinum,” said Jaguar XJ Chief Designer Giles Taylor.
“At the same time, the pure sporting character of XJ is brought to the
fore by keeping the car’s clean graphic approach and further lowering
its stance.
“On the inside, we played up the XJ’s combination of high-end
materials and British flair to really have some fun. The XJ75 Platinum
Concept is a design exercise that shows our vision of customization as
an inspiration for those enthusiasts who have a taste for strong
individuality and visual confidence in their luxury automobiles.”
Performance on the XJ75 Platinum Concept is derived from its
5.0-litre Supercharged direct-injection V8 with 470 horsepower and 424
lb.-ft of torque. Entertainment is provided by a 1,200-watt Bowers &
Wilkins surround sound system with 20 speakers powered through 15
channels and state-of-the-art sound processing technology. 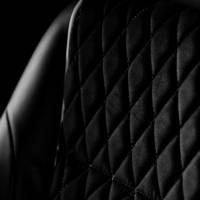 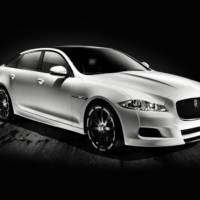 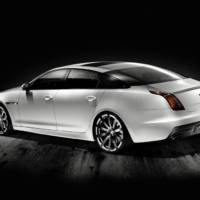 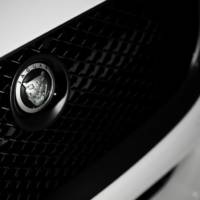 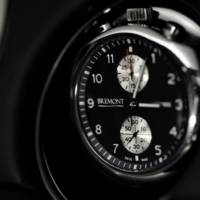 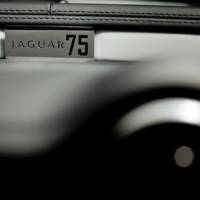 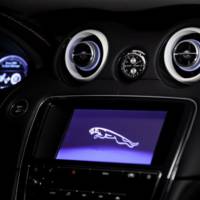 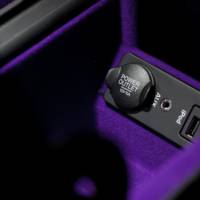 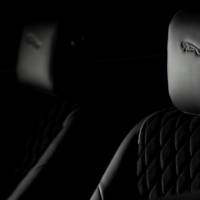 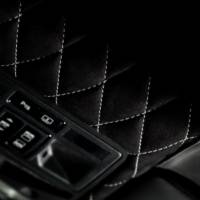 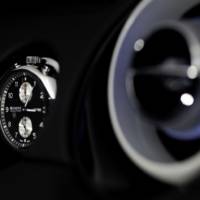 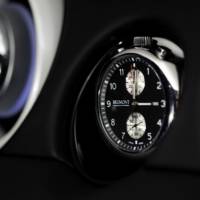 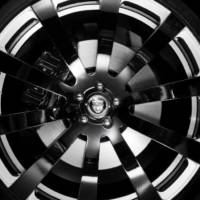 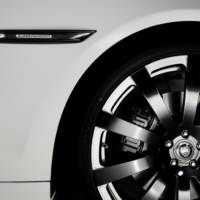 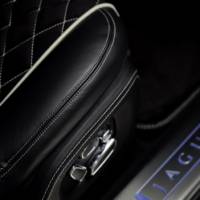 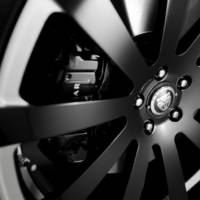 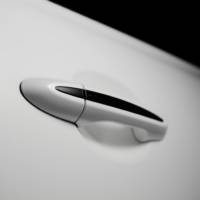 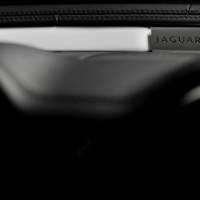 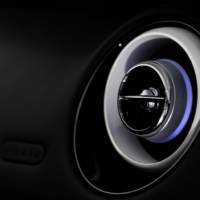 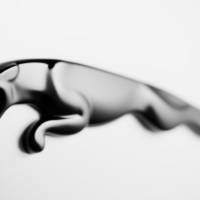 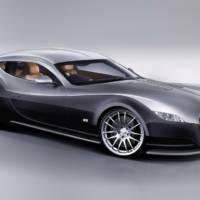 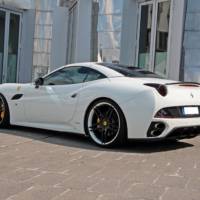