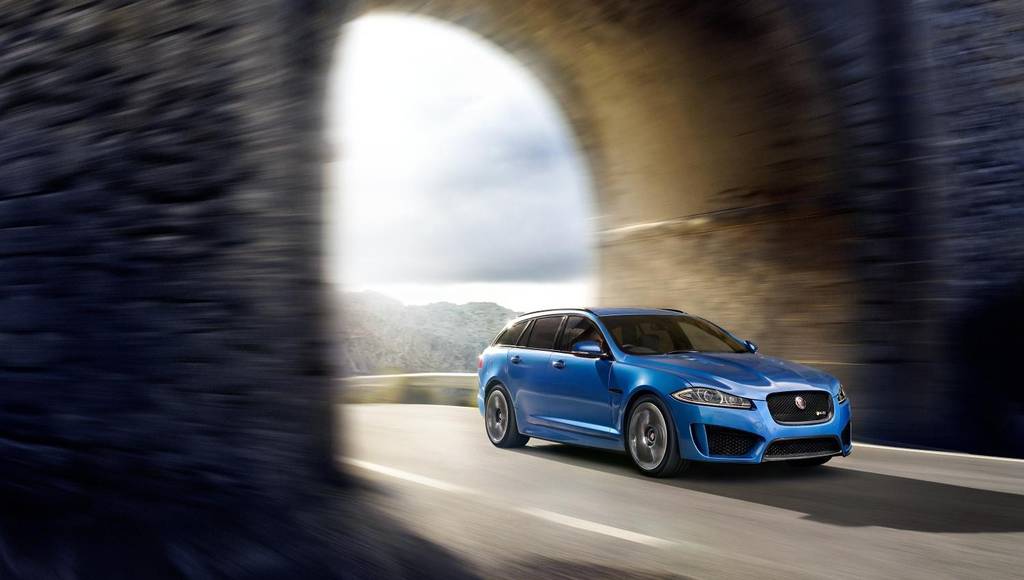 The third model in Jaguar’s ultra-high performance R-S range, the XFR-S Sportbrake joins its XFR-S saloon sibling in the exclusive 300km/h club and is a vivid expression of Jaguar’s longstanding and legendary sports saloon lineage. The XFR-S Sportbrake incorporates engineering features from both the XKR-S and the all-new F-TYPE two-seater sports car to create the most driver-focused, agile and responsive iteration of Jaguar’s award-winning XF model range.

Electrifying performance is provided by the 5.0-litre supercharged V8 petrol engine, which now boasts 550PS and 680Nm – up 40PS and 55Nm respectively over its XFR installation. The increases have been achieved through revisions to the engine management system and optimisation of the flow of air both into and out of the engine.

Fitted with an eight-speed transmission incorporating Jaguar’s ‘Quickshift’ technology (developed for the F-TYPE), the increase in engine output allows the XFR-S Sportbrake to accelerate to 60mph in 4.6 seconds (0-100km/h in 4.8 seconds) and on to an electronically limited top speed of 186mph (300km/h).

In order to manage the extra rear mass of the XFR-S Sportbrake while retaining the sharp turn-in and response of the XFR-S Saloon, the Sportbrake’s rear suspension has been modified with revisions to both rear spring rates and the adaptive damper tune. These revisions work together to increase the feeling of connectivity with the road surface, allowing for confidence-inspiring handling and a supple, controlled ride. Recalibrated active electronic differential and Dynamic Stability Control settings have been tuned to work with the XFR-S Sportbrake’s modified rear suspension.

Reflecting the changes under the skin, the appearance of the XFR-S Sportbrake has been subtly modified. The new, deeper front bumper incorporates larger lower central and side air intakes – the former framed in carbon fibre – in order to provide adequate airflow into the engine bay. A front splitter at the lower edge of the bumper provides the first of a number of aerodynamic changes designed to smooth the passage of the car through the air at very high speeds.

The extended side sills and aeroblade mouldings behind the front wheels serve to create a sharp break-off point between the lower bodywork and the road surface in order to keep the airflow attached to the car’s sides for as long as possible. The same thinking dictated the deeper side mouldings behind the rear wheels. This extended rear bumper also incorporates a central, carbon fibre diffuser, deeper than the item found on the XFR and which travels further under the rear of the car to reduce lift.

The wider, six-spoke, 20-inch lightweight Varuna forged alloy wheels provide the XFR-S Sportbrake with a purposeful, broad-shouldered stance and come as standard with a dual finish. A ceramic polish is applied to the outer surfaces, its eye-catching appearance contrasting with inner gloss black areas. As an option the wheels can be supplied in either full gloss black or technical grey finishes.

The XFR-S Sportbrake features Jaguar’s acclaimed 5.0-litre supercharged V8 petrol engine in its most potent form matched to an eight-speed transmission with Quickshift functionality. This all-new combination provides a visceral blend of vivid acceleration, driver involvement and control plus entry to the exclusive 300km/h (186mph) club of ultra-high performance cars. In order to help liberate the additional 40PS and 55Nm of torque over the standard XFR, larger front air intakes in the lower bumper of the XFR-S allow greater volumes of air to be fed into the engine. The intake system also features a symposer that channels more of the induction noise into the cabin, adding to the aural excitement of the XFR-S Sportbrake. 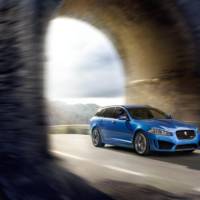 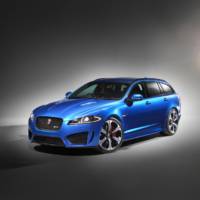 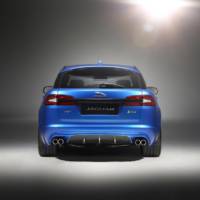 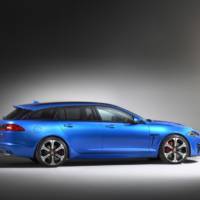 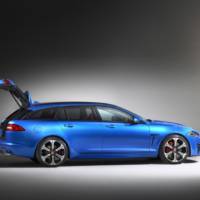 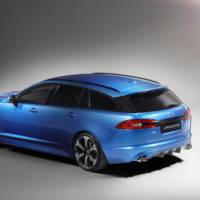 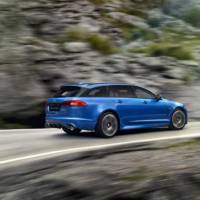 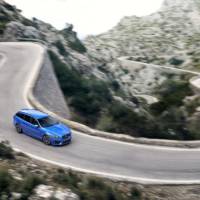 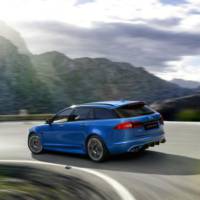 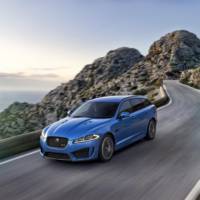 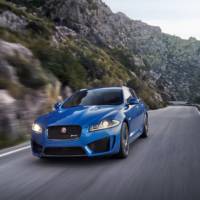 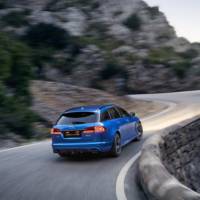 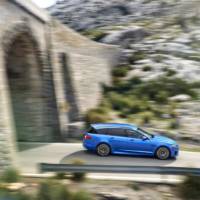 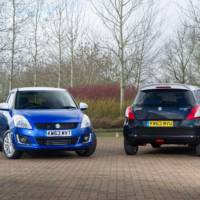 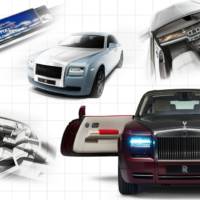