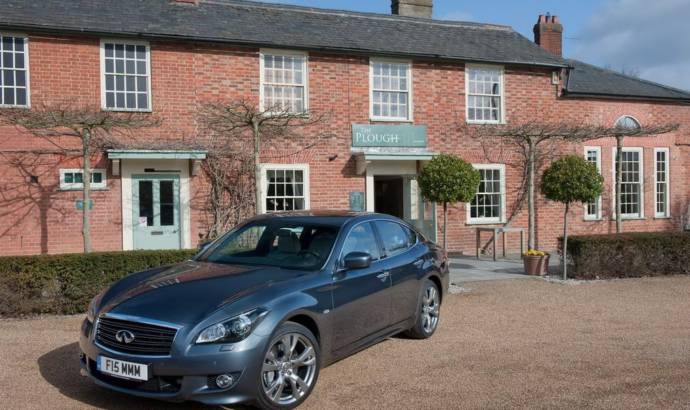 This new technology developed by the Japanese automaker called the Infiniti M37S Gastronomi is an in-car hunger monitoring system which apparently wants to reduce the risks of driving hungry.
This in-car hunger monitoring system can actually hear the driver’s rumbling stomach, alerting him that he needs to stop for food and also point out to the closest restaurant that suit’s the driver’s taste and pocket.
The new Gastronomi hunger monitoring system includes three technologies that are already existent (Connectiviti, Active Noise Control and Forest Air climate control) and will be available as an option for all the Infiniti M saloon models that go on sale in Europe starting from September.
More details with Infiniti’s new In-Car Hunger Monitoring system available below.
Infiniti press release :
ROLLE, Switzerland (April 1, 2010): Infiniti, the luxury automotive
brand from Japan, has announced the development of new technology aimed
at reducing the dangers of driving while hungry.
The system will not only alert the driver of the need to stop for
food but will also navigate the car to the nearest restaurant that
suit’s the driver’s taste and pocket.  To be called Gastronomi, it
could become an option on the all new Infiniti M performance luxury
saloon which goes on sale across Europe from September.
Gastronomi employs three of Infiniti’s current technologies:
Connectiviti, Active Noise Control and Forest Air climate control.
Active Noise Control donates one of its sensors mounted in the interior
headlining and otherwise employed in monitoring road noise to detect
the sounds of borborygmi –tummy rumbles.  If a pre-determined volume of
rumbling is heard, a knife and fork symbol flashes up on the
Connectiviti information screen and the driver is asked whether they
wish to divert for a pit-stop.
A selection of nearby restaurants can then be accessed from the
Michelin Red Guide, already an integral part of Infiniti’s Connectiviti
infotainment system.  Once a choice is selected, the HDD navigation
system selects the quickest route and if a reservation is required, a
telephone number is also given for the driver to connect to via
Infiniti’s standard Bluetooth telephone integration.
At this point, the Forest Air climate control system changes mode.
The tropical borneol scent that is usually gently wafted throughout the
cabin is replaced with the fragrance of truffle oil to ready the
palette as the driver is navigated to their meal.
Gastronomi can be tailored further.  There is a Fitness option which
if selected first calculates the driver’s ideal weight based on the
memorised driving position.  The driver is then asked to input their
real weight and if it is higher than the theoretical weight, Gastronomi
allows for louder tummy rumbles before suggesting a pit-stop.  It also
works in reverse if it considers the driver needs feeding up.  Another,
ahem, menu asks the driver to input their favoured cuisine and amount
they want to pay for a meal and suggests restaurants accordingly from
the Michelin Red Guide.  Categories include Bistro, Gastropub, Flushed
and On Expenses.
Infiniti’s engineers have developed the technology after several
years of research, and periods of starvation, in conjunction with the
Narita Office for Subsistence and Health (NOSH) in Japan.  The research
showed the dangers of driving while hungry included reduced
concentration brought on by daydreams about noodles as well as the risk
of neck-strain, not to mention a frontal impact, while the driver looks
into passing restaurants.  The director of NOSH, I. Likecake-san,
stopped between mouthfuls to say: “Gastronomi could be the most
important development in [pauses to swallow] motoring since the cup
holder [burps].  Is there any more rice?”
Infiniti’s programme director for Gastronomi, Yumi Teppenyaki, was unfortunately out to lunch when asked for a comment. 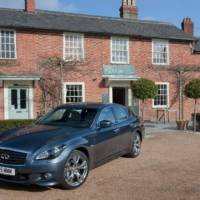 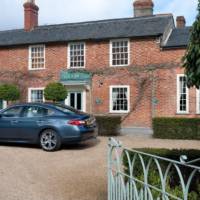 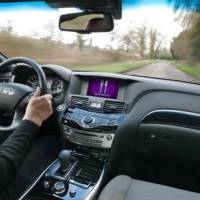 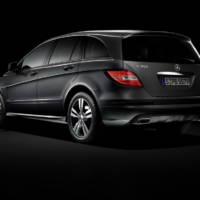 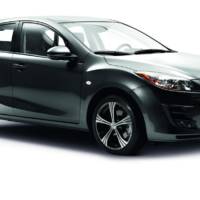