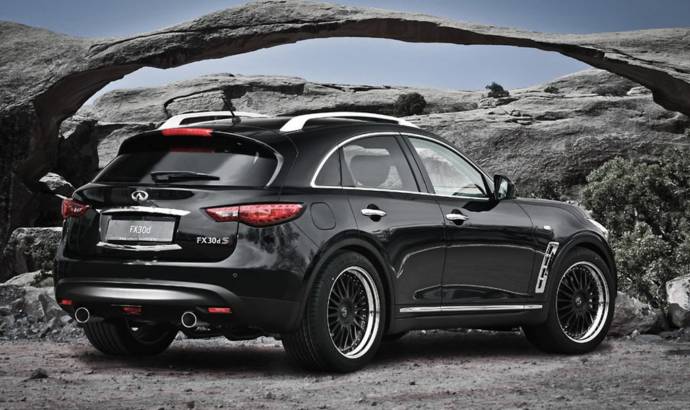 The German tuners at AHG Sports have developed a series of upgrades for the Infiniti FX 30dS.
The most notable change is that instead of 238 HP, the Japanese luxury crossover is now able to produce 280 HP and 600 Nm of torque, an improvement which costs 1,250 Euro and has a pending status on its TUV approval.
At the exterior the Infiniti FX 30dS was ‘optimised’ by receiving a new wheel and tire combination priced at 7,900 Euro, featuring 21 inch three-piece rims from Schmidt Revolution and tires size 295/40R21. The SUV’s suspension was also re-tuned with a set of new springs which cost 1,495 Euro, that allow a 25 mm lower center of gravity. 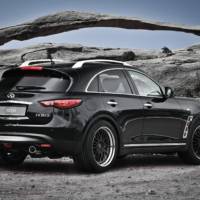 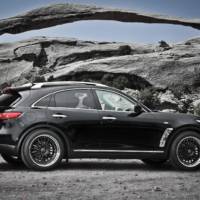 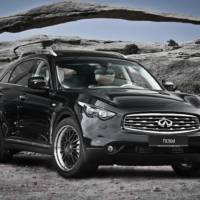 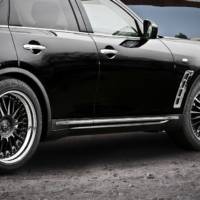 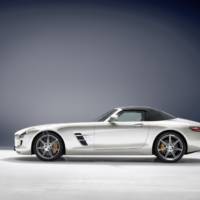 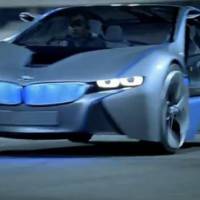