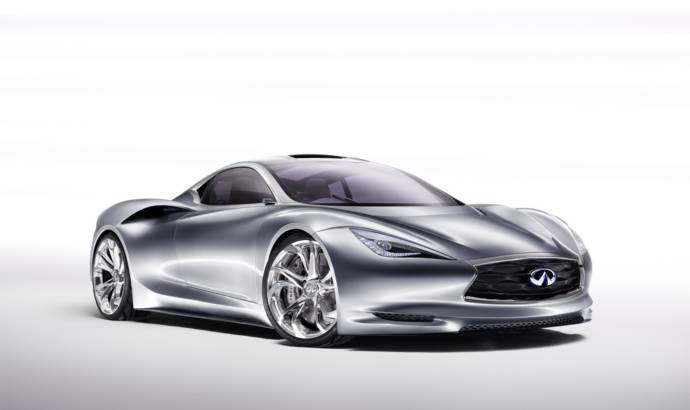 Here are the official photos and details pointing to Infiniti’s sexy looking Emerg-E Concept which debuted at the 2012 Geneva Motor Show today.
The car represents the brand’s intention of producing a bold halo model that which benefits from the company’s promise of Inspired Performance, and is also a vehicle which signals an array of new technologies that will further be found on Infiniti’s future performance cars.
The Emerg-E is a mid-engined, twin motor, electric motors-powered sports car developed in Europe which is capable of producing 402 bhp (300 kW) and accelerate from 0 to 60 mph in just 4.0 seconds (0 to 130 mph in 30 seconds).
Those 402 bhp are produced by a pair of 201 bhp (150 kW) EVO ELECTRIC motors driving the rear wheels via a single speed XTRAC transmission, which are backed by a lithium-ion battery mounted behind the seats and a Lotus engineered 1.2-litre 3-cylinder engine (35 kW) which acts as a generator.
The 1.2-litre engine acts at crank speeds of 1,500 to 4,000 rpm, while the battery can propel the Infiniti Emerg-E for up to 30 miles with no tailpipe emissions. When the range exntender gasoline engine works together with the twin electric motors the Emerge-E emits only 55 grams of CO2 per Km.
The Infiniti Emerg-e E is a 175.7-inch long two-seater featuring highly aerodynamic, light bodywork characterized as "elegant yet dynamic, and [with] graceful power".
"Mid-ship cars are usually less refined, but the body of INFINITI EMERG-E is like silk wrapping over the wheels.", Senior Vice President and Chief Creative Officer Shiro Nakamura. 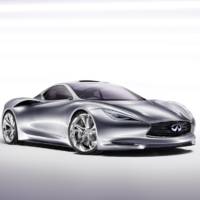 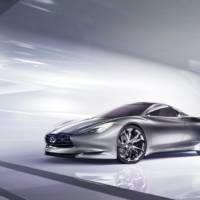 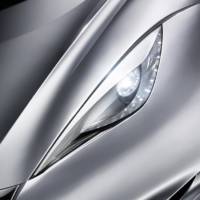 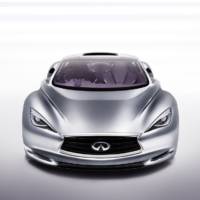 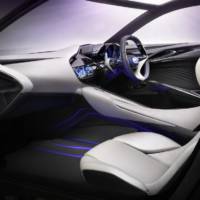 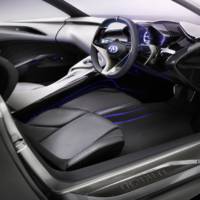 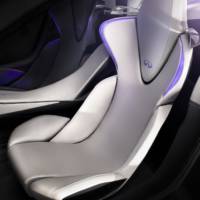 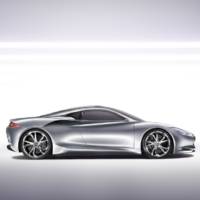 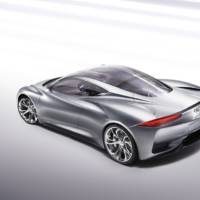 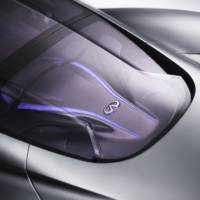 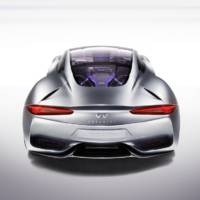 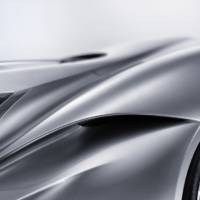 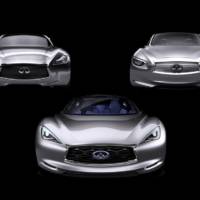 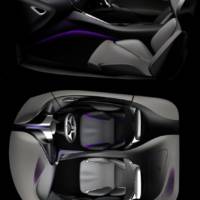 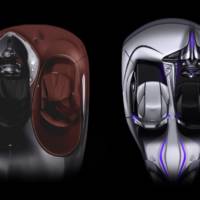 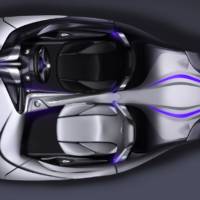 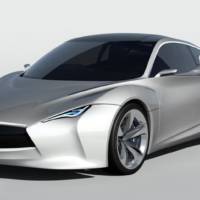 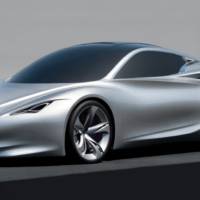 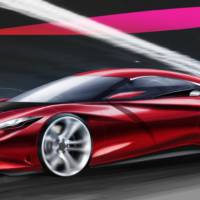 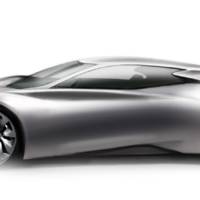 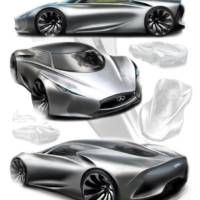 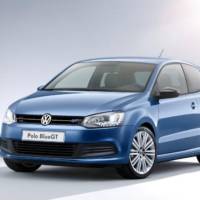 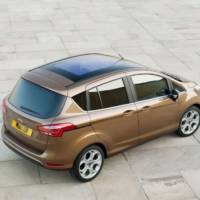