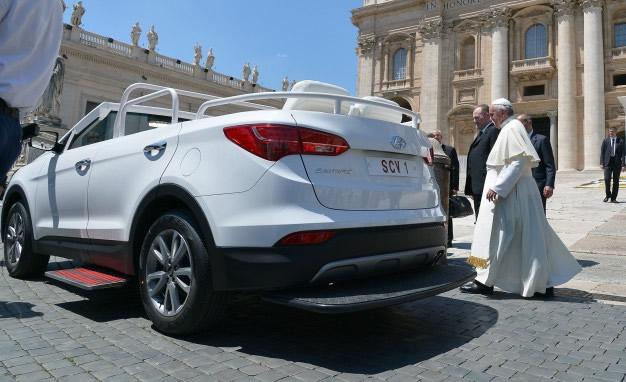 Hyundai has delivered a one-off Santa Fe Convertible model. This unique car was made in order to become Pope mobile. Pope Francisc made its first appearance in his new car earlier this week in St. Peter’s Square during the weekly general audience.
Compared to the old Pope mobile, this one sits a bit lower and it is perfect for narrower streets and travelling in a crowd. The new Hyundai Santa Fe Convertible has two seats in the front and three at the back. After the rear passenger door is opened, a special retractable step makes its appearance.
The new Pope mobile is based on the pre-facelift Santa Fe and has the standard 2.2 liter CRDi turbo diesel engine. As you can see, the new Pope mobile has no glass bulletproof enclosure to protect the Pope. 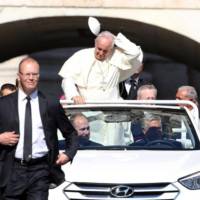 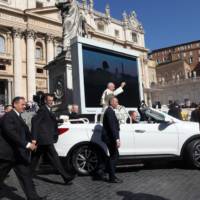 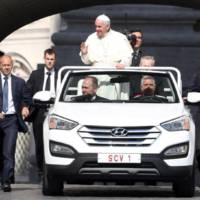 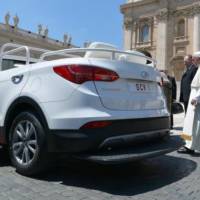 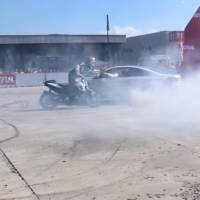 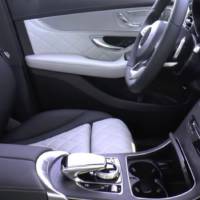