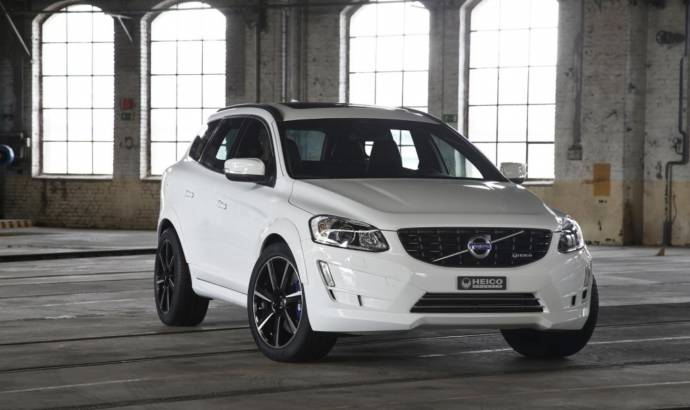 The Volvo XC60 is kicking off the new 2014 model year with an extensive range of model updates. HEICO SPORTIV has matched this initiative with a six-digit euro investment in the Swedish premium carmaker’s most successful model to date, developing the most comprehensive and expressive bodykit in its history.

Design and performance articles for the Volvo XC60 are the blockbusters in HEICO SPORTIV’s ca. 500-strong product range. To remain the #1 player in the Volvo enhancement market and continue to consolidate that position, the Weiterstadt-based company near Frankfurt is investing a six-digit euro amount in the new bodykit development. “With this product offensive, we’re reinforcing our claim to being the world’s leading and most coveted independent refiner for the Volvo mark,” says HEICO SPORTIV General Manager, Holger Hedtke, about its strategy.

With the redesigned and first-ever complete HEICO SPORTIV front skirt, the XC60 radiates top dynamics and stylish elegance, even when standing. Clear forms and uncompromising realization make a compelling, athletic first impression. The front skirt’s discerningly chosen contours and beading also add flexibility for individual color combinations and accentuations. Also new is that, for the first time, the HEICO SPORTIV front skirt is compatible both with the standard model as well as with the R-Design.

Besides the first complete front skirt, HEICO SPORTIV is also launching for the first time in its corporate history an eight-part fender extension set. In doing so, HEICO SPORTIV is responding to some markets’ demands for an even more powerful, self confident appearance. Here, too, all the parts are CAD-designed and finished to guarantee 100% OE fitting accuracy. 3M industrial-grade adhesive tape is used to avoid bodywork damage. By the way, the fender extensions fits also on vehicles before model year 2014.

These products can be summed up under a single name: the HEICO SPORTIV Bodykit. The Bodykit consists of the new front skirt and established rear skirt, including the quad-outlet sport exhaust kit, optionally also available with flap control. The HEICO SPORTIV Advanced Bodykit comes additionally with the eight-part fender extension set. The combined packets are both significantly cheaper than buying the parts individually.
Besides a wide range of design elements, the HEICO SPORTIV portfolio also contains other high-quality products.

The new products will be available via the entire dealer network in Germany and Switzerland starting calendar week 39. Specially trained personnel and demonstration vehicles will also be available at 14 Premium and 7 service partners in Germany, and at 16 Premium and 12 service partners in Switzerland. A network of ca. 40 importers distributes HEICO SPORTIV’s products worldwide. 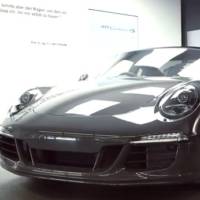 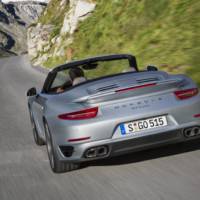