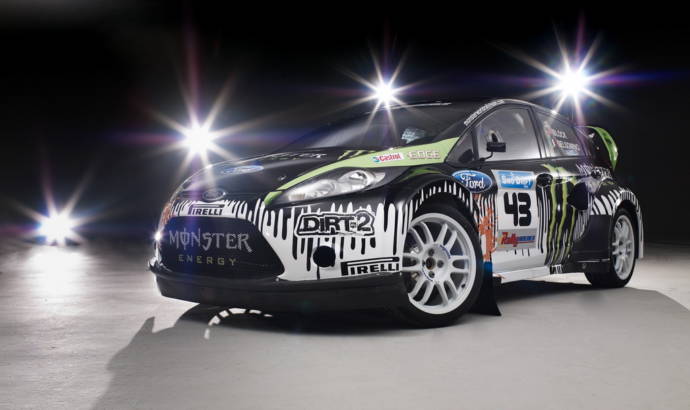 The Blue Oval announced that Ken Block’s ‘Just for fun’ series will continued with the Gymkhana Three video this time featuring his custom built 2011 Ford Fiesta.
The Gymkhana Three Fiesta that will star in this next ‘episode’ has been prepared by Olsbergs Motorsport Evolution (MSE) and features a 850 HP engine that has been restricted to 650 HP and 660 lb-ft of torque plus a 6-speed sequential transmission.
With this engine the Gymkhana Three Fiesta will be able to hit 60 mph from a standstill in a mere 2.0 seconds so we look forward in seeing Ken Block handle that.
The stunts and place where the Gymkhana 3 video will be shot remain unknown, but the footage that will be put together after a multi day filming session will get revealed this summer.
Ford press release :
SAN FRANCISCO, April 21, 2010 – In the fall of 2008 Ken Block released a “just for fun” video that took the Internet by storm. It was the launch of Gymkhana, a term and event that has become synonymous with Block. With more than 30 million YouTube views, it has helped establish Block as one of the most high-profile global motorsports stars today.

For Monster World Rally Team driver Block, the opportunity to push the limits of his car control while maneuvering around a series of cones, slaloms, 180-degree and 360-degree and figure-eight turns and other obstacles all while utilizing extreme acceleration, braking and drifting is pretty much the definition of fun. For that reason, Block chose the Ford Fiesta as the car that will be purpose-built for his highly anticipated Gymkhana THREE.

“The great thing about Gymkhana for me is that it is amazingly fun to do,” said Block. “It’s taking some of the best parts of rally racing and removing a bit of the stress that is involved with competing, allowing me to just go out and play in an amazing car. I can’t wait to start filming in the Gymkhana THREE 2011 Ford Fiesta. I just did one day of testing in the U.K. with it and it is extremely fun to drive. It has amazing power and control.

“The whole Gymkhana thing started quite simply. I was looking for a way to get more seat time that involved rally-type driving, and a series for actual Gymkhana racing sprung up in California,” said Block. “I built the first car to compete in it, but unfortunately the series folded after only one event. I then had a purpose-built car with nowhere to run it, so I rented El Toro airfield to go have a little fun with my new toy and ended up making a video from the day of practice. Next thing we knew, it exploded on the Internet.”

Within minutes of announcing his decision in January to join Ford Motor Company and run a global rally program, Block’s Facebook page was inundated with inquiries about what this meant for Gymkhana. Today, those same fans get their first look at the car Block will utilize in the video.

“We are so excited to have Ken Block on our team engaging new audiences for Fiesta,” said Sam De La Garza, Fiesta brand manager. “In the first month alone, Ken’s Fiesta videos on YouTube generated more than 1 million views delivering the excitement of the Fiesta brand across the Internet. In just his second race in the Fiesta, Ken and the Monster World Rally Team captured the 100 Acre Wood Rally, showing that this is the beginning of a successful partnership.”

The Gymkhana THREE Fiesta is emblazoned with similar livery to Block’s Monster World Rally Team Rally America Fiesta and his Focus RS WRC; however, the “drip pattern” livery is larger and more pronounced than the rally car’s design.

The carbon fiber hydraulic e-brake handle has been changed to a custom-made metal piece, with Ken’s Huck Gee skull logo and No. 43 engraved into it. While Block’s trademark “43” is on the car, it is not in the standard door location, but displayed in the side rear windows.

Built by Olsbergs Motorsport Evolution (MSE), the 2,425-pound Gymkhana THREE Fiesta sports a purpose-built Olsbergs engine capable of up to 850 brake horsepower, but is restricted to 650 horsepower in order to give Block the torque band he needs to control the car. Equipped with an Olsbergs MSE Maktrak (magnesium) six-speed paddle-shift sequential transmission, it is capable of 660 lb.-ft. of torque at 4000 rpm and needs a mere two seconds to go from 0 to 60 mph.

The car’s body has been altered with an aggressive new front bumper design inspired by road racing cars. It has a carbon splitter, which improves aerodynamics, unlike the rally car’s bumper, which is built for gravel stage durability. The fender flares are also much wider and more squared off for an aggressive look.

“Aside from gobs of usable power, the real trick in setting up the Gymkhana Ford Fiesta was building a car for tarmac that handles as if it’s on gravel,” said Block. “While most tarmac race cars are designed to grip, we need a car that will still react quickly, but handle loose, while still providing complete control; this is a very delicate balance.”

The Gymkhana THREE Fiesta started as a production 2011 Fiesta before going through a conversion by Olsbergs MSE, the same group that runs Block’s Rally America program and that won gold at the X Games 15 Rally Competition in a Fiesta last August. The production Fiesta is an excellent platform for the Gymkhana car. The nimble ride and the ultra-high-strength boron steel body are ideal for the demands of the Gymkhana course. A testament to the Fiesta platform is that Fiesta has been designated as Ford’s worldwide rally car in both WRC and Rally America starting in 2011.

Going on sale in summer 2010, the all-new, fun-to-drive Ford Fiesta features an expressive, vibrant design, with sharp reflexes and a global track record that will redefine U.S. small car customers’ expectations. The Fiesta is a car that doesn’t compromise – offering drivers the kind of technology, fun-to-drive performance, fuel economy and craftsmanship that other cars, both large and small, can’t match. With 15 class-exclusive technologies and features and projected best-in-class highway fuel economy of 40 mpg, Fiesta brings fuel economy and convenience together.

Details of the location and stunts of Gymkhana THREE remain a closely guarded secret. The multi-day shoot and the tentative release of the Gymkhana THREE video is slated for this summer. 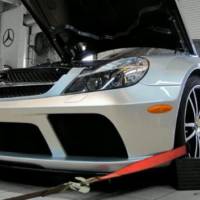 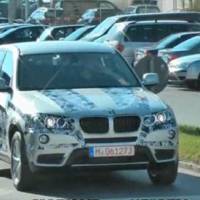