Home / Car News / GT by Citroen at 24 Hours of Nurburgring 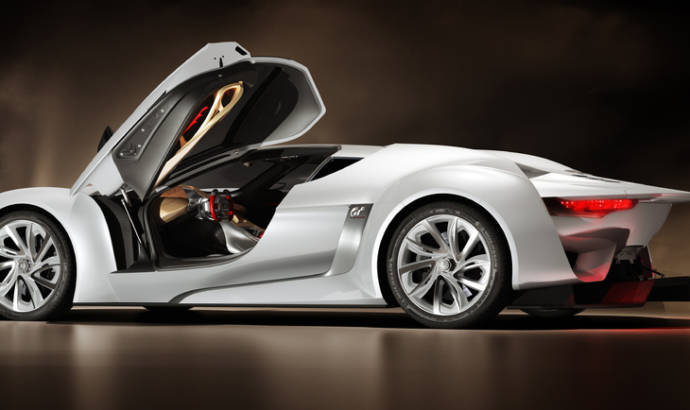 GT by Citroen at 24 Hours of Nurburgring

Initially developed as a computer game race car, the French manufacturer’s GT by Citroen concept is continuing its adventures inside reality. Some of the future "adventure" planed for the GT by Citroen Concept include participation in some of the world’s most famous racing events.
So the company announced that on May 23 GT by Citroen will be starting the 24 Hours Nurburgring race where the concept will complete a lap of honour and on June 12 it will take part in the “Grande Parade des Pilotes” at the Le Mans 24 Hours where it will present the teams and drivers that are scheduled to compete in the classic race. Also on July 3-5 GT by Citroen will participate in UK’s Goodwood Festival of Speed.
Citroen Press release :
After turning heads at the Paris Motor Show and picking up the 2008 Louis Vuitton Classic Concept Award, the GTbyCITROEN concept car is continuing its adventures, appearing alongside other outstanding vehicles at several major events in the coming months.
– GTbyCITROEN will be starting the 24 Hours Nürburgring race on 23 May with a lap of honour on the
legendary track. Visitors will be able to get a close-up look of the car on the stand of Citroën partner
Polyphony from 20 May.
– On 12 June, GTbyCITROEN will be joining a host of supercars from all over the world in the “Grande
Parade des Pilotes” at the Le Mans 24 Hours, taking part in the presentation of the 150 drivers forming
the 50 teams competing in this classic race.
– GTbyCITROEN will be participating in the Goodwood Festival of Speed in the UK on 3-5 July. The concept car will be rubbing shoulders with legendary vehicles through their exceptional styling and driving experience.
With GTbyCITROEN, Citroën is the first carmaker to transcend the border with the digital world, by making a life-size model of a car designed specially for the Gran Turismo 5 driving simulation game. The concept car’s dynamic styling perfectly embodies the world of motor racing, with its exaggerated length at the rear and white-to-grey gradation on the sides creating an effect of persistence of vision and a feeling that the car is in perpetual motion. 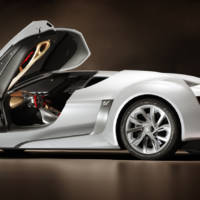 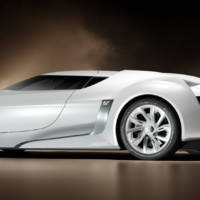 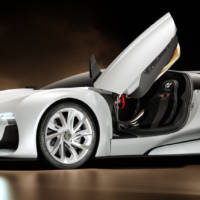 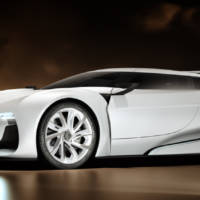 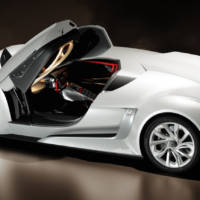 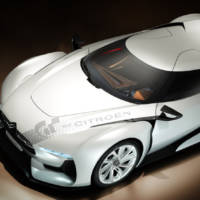 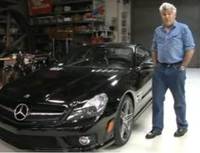 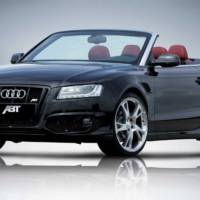