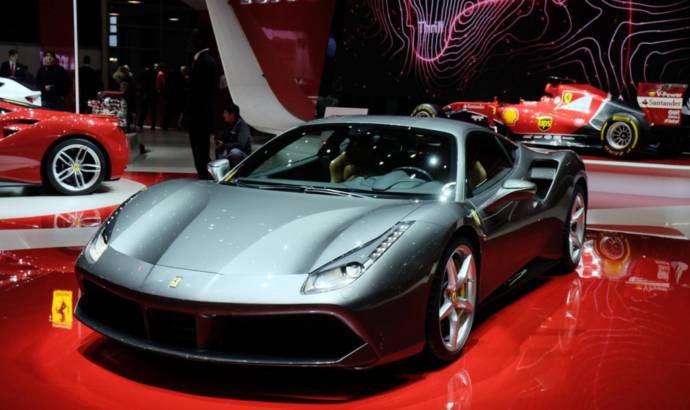 Ferrari has officially revealed the all-new 2015 488 GTB at the Geneva Motor Show in Switzerland. The Italian model is featuring a unique design and even though it is supposed to be the 458 Italia successor, the car is new and modern model.

The most important thing is that underneath the new look is a twin-turbo V8 3.9 liter engine that can offer 670 horsepower and 760 Nm peak of torque. Thanks to its seven-speed dual clutch gearbox the car can run from stand still to 100 km/h (62 mph) in just 3 seconds, while the top speed is clocked at 330 km/h (205 mph). More than that, the run from not to 200 km/h (124 mph) happens in just 8.3 seconds. As a result, the new 488 GTB is the fastest and powerful car in its segment beating the McLaren 650S and the Lamborghini Huracan LP610-4.

Inside the cabin we see a lot of new stuff in order to provide a full, clear and totally distinctive feel. On the outside the new 488 GTB has a big air intake that reminds us of the old 308 GTB but this time it was divided into two separate sections. In addition, the exterior is striking thanks to the LED taillights, the diffuser and the new blown spoiler.

According to Ferrari the new 488 GTB weighs only 1.370 kilograms (3,020 pounds) and it will go on sale in the months to come. The Spider version is in the works and it will come in the second half of the year. 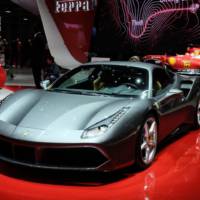 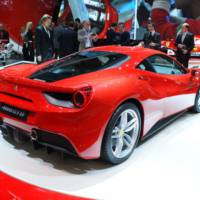 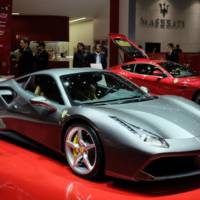 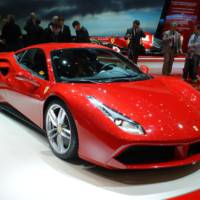 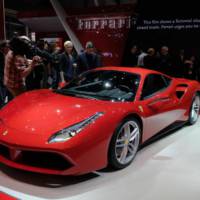 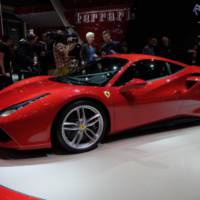 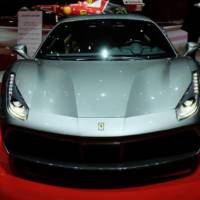 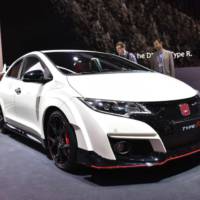 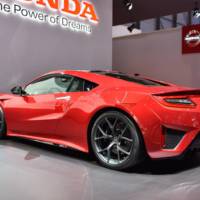