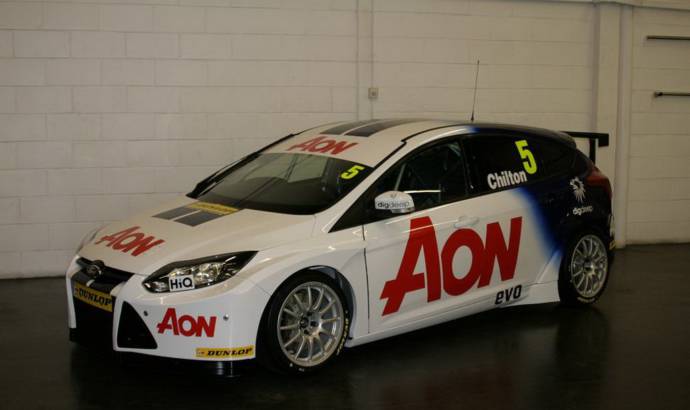 This is the Ford Focus Global Touring Car, the first racer based on the automaker’s new Focus, which will premiere at the 2011 Geneva Motor Show this week, and for which the first track appearance is scheduled to be at Brands Hatch in the BTCC (British Touring Car Championship).
The Ford Focus Global Touring Car was developed by Arena Motorsport with support from Ford, with the goal of creating a common race car with S2000 specifications for private teams across the world.
Instead of a 1.6-litre EcoBoost engine used by other teams in Championships under FIA regulations, the Team Aon car has opted for a 2.0-litre turbocharged unit that complies with the current local regulations.
The Ford Focus Global Touring Car is expected to complete each of the 10 rounds of the 2011 BTCC season.
Ford press release :
* First track appearance to be at Brands Hatch in the British Touring Car Championship
* New Focus will enter motorsport within weeks of going on sale in Europe and North America
* Ford’s support for one common race car enables private teams around the world to build competition vehicles for their regional needs
* Underlines Ford motor sport ambition to lend technical support to professional private teams competing with Ford products
GENEVA, March 1, 2011– The world’s first touring race car based on Ford’s all-new Focus makes its global debut at the 2011 Geneva Motor Show, just weeks before it is scheduled to appear on the track for the first time in the ultra-competitive British Touring Car Championship at Brands Hatch.
Developed by Arena Motorsport with technical support from Ford, it is the first car to emerge from a global initiative by Ford to support private teams around the globe in developing one common race car to S2000 specification, to help private teams win major touring car categories worldwide. The first application appears on the track only a few weeks after the road-going Ford Focus will be on sale to customers across Europe and North America.
Arena Motorsport’s UK-based Team Aon has been a successful long-term competitor in the British Touring Car series with a version of the previous Focus ST model. Just 18 months after their first race with this car, the team and driver Tom Chilton secured both the 2010 Independent Teams’ Championship and Independent Drivers’ Championship titles in the UK.
The new Team Aon Focus touring car is expected to compete in all 10 rounds of the 2011 British Touring Car Championship.
"There has been tremendous interest in new Focus from the racing community and it’s the perfect fit for a global touring car. This new BTCC Focus is the first result of a collaborative effort between Ford and race teams around the world that have already built and raced successful Focus race cars," said Jost Capito, director of Ford Global Performance Vehicles and Motorsport Business Development. "The teamwork has resulted in a global technical platform for racing using a common Focus with a safety cage built to FIA regulations – a competitive platform that can be tailored for regional competition, based on different rules."
The Team Aon car typifies the flexible approach possible in this programme. Its specification includes running in the 2011 season with a turbocharged 2.0-litre Ford engine to meet current local regulations, rather than the 1.6-litre Ford EcoBoost engine other teams will use in Championships in line with international FIA regulations.
"It is always very satisfying to see privateers taking Ford products and racing successfully with them," said Gerard Quinn, Ford of Europe Motorsport senior manager. "This demonstrates a real level of trust and confidence in our product and when we are able to bring some help as well, that faith can be rewarded with even more success."
Global Technical Support Initiative
Arena Motorsport and other teams are being brought together by Ford to harness their strengths and define roles for the development of the race car. Ford has supported by providing data, advanced engineering tools, state-of-the-art testing facilities and production parts, which will result in teams racing more competitive cars, developed with greater efficiency.
Beyond the British race series, the new Focus race car has the potential to run in many national and regional championships globally, such as the China Touring Car.
"Ford has a long and very successful history of using motorsport to influence the development of high-performance vehicles. This will become very evident as the Focus touring car programme will also provide valuable input as we develop the upcoming Focus ST production car," said Capito.
Touring car activities involving the new Focus in Europe will be funded and run completely by private teams with only technical support from Ford.
Small Fords Lead the Way
The all-new Ford Focus road car is the latest product of the company’s One Ford philosophy driving the development of global vehicles. It will be sold in 122 markets worldwide and manufactured in Europe, Asia and North America.
As the new Focus takes to race circuits around the globe, however, Ford continues to focus its ‘factory team’ efforts on its official global motor sport car and series – the Fiesta RS WRC competing in the 2011 World Rally Championship.
First time out, the Fiesta RS WRC achieved a tremendous 1-2-3 debut victory in Rally Sweden, just two weeks ago.  Ford Abu Dhabi World Rally Team’s Mikko Hirvonen and Jarmo Lehtinen won a thrilling opening round of the FIA World Rally Championship by just 6.5sec from Mads Østberg and Jonas Andersson.  Hirvonen’s team-mates Jari-Matti Latvala and Miikka Anttila were third.
"With a global approach to small cars like the Fiesta and the Focus, it makes real sense for Ford to invest in global motorsport opportunities for these vehicles," said Derrick Kuzak, Ford’s Group Vice President for Global Product Development. "While Fiesta is the basis of the company’s official World Rally Championship car and team for 2011, we also wanted to give technical support to private teams looking to race the new Focus with cost-effective and co-ordinated technical specifications that ensure wherever these teams compete in touring car racing, they can all benefit and, hopefully, win." 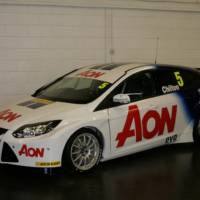 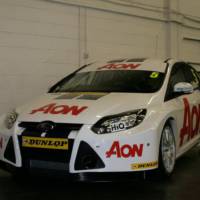 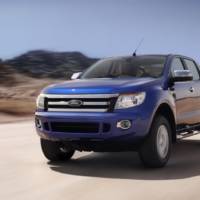 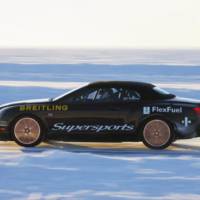