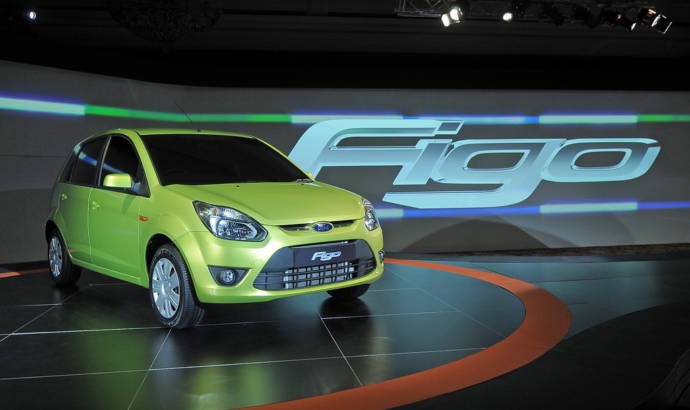 The Blue Oval revealed a new model heading for the Indian market. This is the Ford Figo which will compete in the small-car segment and is scheduled to enter production at the conpamny’s plant near Chennai. Inspired by the Italian word for ‘cool’ the new Ford Figo shares technology with models like the Fiesta that is already being sold in India.
200,000 units will roll out the factory door every year and at this point we don’t have any details regarding motorisation options or price for the Ford Figo.
Ford press release :
India’s role as an important player in the future of Ford Motor Company’s international strategy was underscored today when the company’s President and CEO, Alan Mulally, unveiled an all-new car targeting the heart of the Indian car market – the new Ford Figo.
The Ford Figo, a new nameplate and a fresh face on the Indian market, signals Ford’s intention to compete in India’s largest and most important small car market segment.
Ford Figo is the result of a significant Ford investment commitment to expand its plant near Chennai for volume production as a small-car centre of excellence regionally. Ford’s $500 million investment has doubled the plant’s production capacity to 200,000 units per year and introduces major advances in high-quality automation and innovative, eco-friendly production techniques.
“Our exciting new Ford Figo shows how serious we are about India,” Mulally said. “It reflects our commitment to compete with great products in all segments of this car market. We are confident the Ford Figo will be a product that Indian consumers really want and value.”
Ford Figo is designed and engineered to compete in India’s small car segment, which accounts for more than 70 percent of the new vehicle market. It leverages Ford’s small-car platform architecture, sharing underlying technology with the Ford Fiesta, already familiar to Indian drivers.
New Shape, Solid Foundation
Today’s press conference in Delhi was the first public preview of the exterior design of the new Ford Figo. Ford is reserving further details about the vehicle until closer to its production launch early in 2010.
Design-conscious Italy inspired the new Ford Figo’s name. Figo is colloquial Italian for “cool.”
Sharing key elements of Ford’s kinetic design language with vehicles like the globally renowned Ford Focus, Ford Mondeo and the Ford Fiesta, Ford Figo features a fresh, contemporary shape that will be a distinctive alternative to traditional brands in this segment. The design language conveys a dynamic spirit of energy in motion.
Quality, substance and generous proportions are clearly evident in the design of the new Ford Figo, which features a solid stance, an invitingly large interior and a vibrant, youthful character. Its package is right-sized for the market, which is predominated by congested urban driving conditions.
From its modern headlamps, grille shapes and sculpted bonnet of its distinctive face to the subtle integrated spoiler and chamfered window shape at the rear, Ford Figo is filled with kinetic design touches. These also include sculpted shapes to the body side – chiseled front fenders, a “comet tail” undercut in the doors and additional light-catching sculpting in the lower bodyside – which combine to communicate the solidity, substance and protective safety of its design.
The bold graphic of Ford Figo’s large side window shape is another key kinetic design feature hinting at the comfort and spaciousness awaiting occupants’ front and rear. The side window graphic is executed with a blacked-out B-pillar, an elegant design touch that unifies the side windows into one shape visually.
With its wheels positioned at the four corners of the vehicle with minimal overhang, Ford Figo’s bold wheel arches self-assuredly signal its agility and solidity.
“We’re confident that the new Ford Figo will be extremely attractive to Indian car buyers,” said Michael Boneham, president and managing director, Ford India. “It’s going to be very competitive with the current market leaders and offer a tremendous value story for our consumers. We believe Ford Figo is a big game-changer for Ford that will help transform our brand into a volume player in India.”
New Ford Regional Production Centre
The introduction of the new Ford Figo marks a significant shift for India’s role in Ford’s strategy. Transformed with a production capacity of 200,000 units, the integrated Chennai manufacturing facility is now positioned as a Ford regional centre of excellence for small-car engineering and production.
Ford Figo models will be produced at the plant for export to international markets. The plant is also being groomed to produce diesel and petrol engines for local vehicle production and export within Ford’s Asia Pacific and Africa region.
With more automation and high-tech new facilities, the new site reflects the latest Ford manufacturing processes globally and pioneers new technologies for Ford and India. Created with a “best of the best” approach, it has been benchmarked against other competitive facilities globally, as well as the current volume manufacturers in the Indian market, for quality and production efficiency.
The transformed plant introduces eco-friendly production techniques like its new Three-Wet High-Solids paint process. This approach produces beautifully painted vehicles with three wet coats – primer, base coat and clear coat – of high solids-content paint applied one after the other without oven curing between coats. A first for India, it produces fewer carbon dioxide emissions and reduces volatile organic compounds emissions by about 20 percent compared to current medium-solids solvent-borne paints. Use of high-solids content results in a paint finish with high levels of gloss and depth of colour which is more resistant to scratches and stone chips. 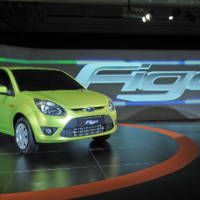 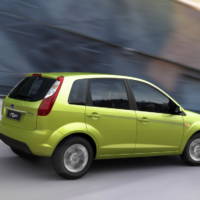 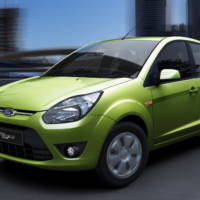 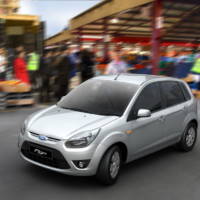 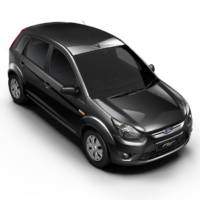 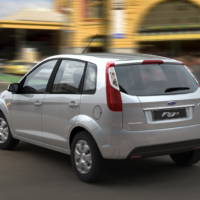 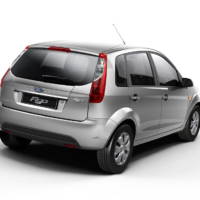 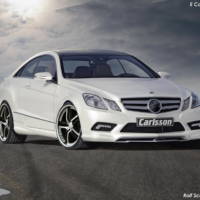 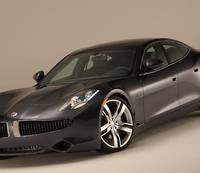