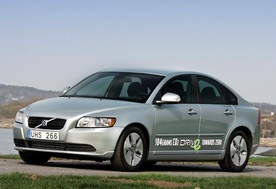 Ford announced today that the Chinese consortium Geely is its preferred bidder regarding the possible sale of Volvo Car Corporation.
The Blue Oval also says that even though Geely is its preferred bidder, there are still discussions and negotiations to be made and no final decision has been taken.
In the highly event that Volvo Cars does get sold to Geely then Ford will still maintain ties with the Swedish automobile manufacturer although it does not intend to retain a shareholding.
Ford will maintain appropriate communications with Volvo’s employees, unions and the Swedish government during the sale process.
Ford press release :
DEARBORN, Mich., Oct. 28, 2009 –Ford Motor Company [NYSE: F] announced today that a consortium led by Zhejiang Geely Group Holding Co. Ltd. is its preferred bidder in the ongoing discussions concerning the possible sale of Volvo Car Corporation.
Ford said that while it will be engaging in more detailed and focused negotiations with Geely, no final decisions have been made.
“Ford’s objective in our discussions with Geely is to secure an agreement that is in the best interests of all the parties,” said Lewis Booth, Ford Motor Company executive vice president and chief financial officer. “Any prospective sale would have to ensure that Volvo has the resources, including the capital investment, necessary to further strengthen the business and build its global franchise, while enabling Ford to continue to focus on and implement our core ONE Ford strategy.
“Ford believes Geely has the potential to be a responsible future owner of Volvo and to take the business forward while preserving its core values and the independence of the Swedish brand. But there is much work that needs to be completed in the more substantive discussions that are agreed to take place. We have no specific timeline to conclude the discussions.”
While Ford would continue to cooperate with Volvo in several areas after a possible sale, Ford said it does not intend to retain a shareholding in Volvo.
John Fleming, chairman of Ford of Europe and Volvo Cars, said: “Ford fully understands the iconic Swedish nature of the Volvo brand and the responsibility we have as Volvo’s custodian to its employees, local communities and other key stakeholders.
“Any sale also would need to take into account the significant connections between Ford and Volvo in terms of continuing component supply, engineering and manufacturing.”
Ford and Volvo will maintain appropriate communications with key stakeholders, such as Volvo’s employees, unions and the Swedish government, during the ongoing process.
“Volvo’s management team welcomes today’s announcement as a positive step forward,” Volvo CEO Stephen Odell said. “At Volvo, we are continuing to keep our attention firmly fixed on engineering and building great Volvo cars, to reduce our cost base and to return the business to sustainable profitability at the earliest possible opportunity.” 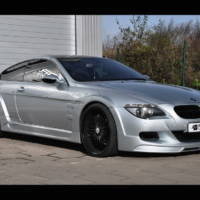 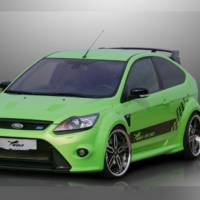