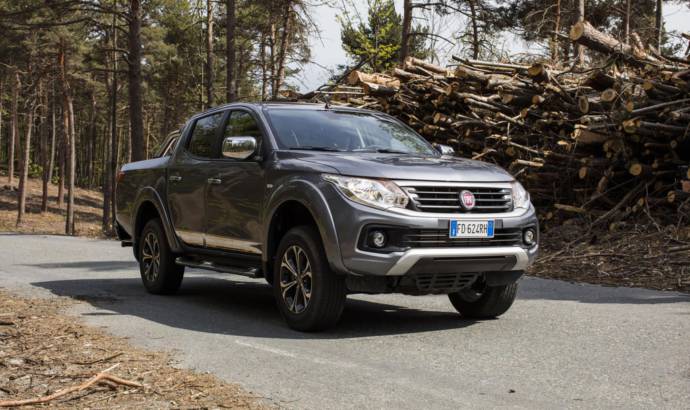 Along with the introduction of the revised Fiorino, Fiat also announced the UK prices of the new Fullback pickup truck ahead of its UK launch on July 4.

Fiat Professional enters the medium-duty pick up segment which accounts for 650,000 vehicles a year in the EMEA region (Europe, Middle East and Africa) representing 22% of the total LCV market. In the UK more than 40,000 pickups were registered in 2015 – a jump of 20% compared to 2014 – so it is clear that there is growing audience.

The front of the Fiat Professional Fullback adopts the upmarket appearance of a sports SUV with its swept-back fascia, chunky front bumper and roomy cab-forward layout. Distinctive swage lines along the flanks tie the front of the pickup truck to the rear and, along with the sweeping shape of the front and rear lamps.


Fullback SX is powered an aluminium-block, 2.4-litre diesel engine with a variable-geometry turbo charger which produces 150 hp and 380Nm of torque yet its official combined-cycle fuel economy figure is just 44.2MPG (6.4L/100km) and its CO2 emissions are 169g/km. The standard SX transmission comprises a six-speed manual gearbox with on demand four-wheel drive system with three electrically-selected settings: 2H, 4H and 4L.

The power and torque outputs of LX version are increased to 180hp and 430Nm, while the full-time four-wheel drive system has four electrically-controlled settings: 2H, 4H plus 4HLc and 4LLc with a locking central differential for improved traction. Its official combined-cycle fuel economy figure is 42.2 MPG (6.6L/100km) and its CO2 emission figure is 173g/km.

The Fullback models include a one-tonne payload with a bed length of up to 1.52m, 3,100kg un-braked towing capacity (2,700kg for the SX model) and best-in-class turning circle.

Available as a double cab only and with all-wheel drive standard on all versions, the Fullback starts at £20,995 for the SX version. The high-specification LX manual is priced from £22,995, while the LX automatic is priced from £24,395. 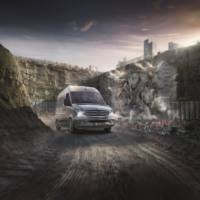 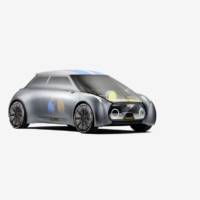