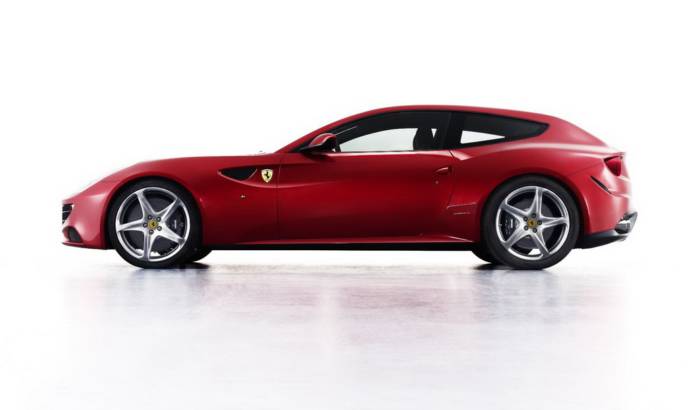 As announced , the Maranelo based sports car manufacturer has unveiled their 612 successor, a versatile 4-seater, which is called the Ferrari FF and which is the first ever four-wheel drive model.
The Ferrari FF was designed by Pininfarina, and their car’s patented 4RM (four wheel drive) system weighs 50 per cent
less than a conventional four-wheel drive system, maintaining perfect
weight distribution.
Powered by a 6,262 cc direct injection V12 engine, the Ferrari FF develops 660 HP at 8,000 rpm and 683 Nm of torque at 6,000 tpm, which are enough to make the Pracing Horse’s shooting brake accelerate from 0 to 100 Km/h (0 to 62 mph) in 3.7 seconds.
The Ferrari FF is able to hit a top speed of 335 Km and as far as dimensions, the car is 4,9 m long, 1,95 m wide, 1,37 m high and weights a total 1,790 Kg.
The Ferrari FF price was not announced. For more details follow the jump for the official press release .
Ferrari press release :
A revolutionary four-seater, four-wheel drive V12 Ferrari: exceptional performance and versatility
Maranello, 21st January 2011 – The official
Prancing Horse web site, Ferrari.com, has revealed the first photographs
of the new FF, the company’s most powerful, versatile four-seater ever,
as well as its first ever four-wheel drive car.
The FF – an acronym for Ferrari Four (four seats and four-wheel
drive) – ushers in an entirely new GT sports car concept. A decisive
break with the past, the new car represents not so much an evolution as a
true revolution.
This new V12 melds to an unprecedented level an extremely sporty,
high-performance character with incredible versatility, superb comfort
and sophisticated elegance, guaranteeing both driver and passengers an
absolutely unique driving experience.
Designed by Pininfarina, the shape and proportions perfectly
interpret the FF’s harmonious blend of sporting DNA and extraordinary
usability.
The FF features the company’s first ever four-wheel drive system.
Ferrari’s exclusive, patented 4RM (four-wheel drive) weighs 50 per cent
less than a conventional four-wheel drive system, maintaining perfect
weight distribution (53 per cent over the rear axle). Completely
integrated with the car’s electronic dynamic control systems, the
four-wheel drive technology delivers record levels of performance on all
terrains and in all conditions via continuous and intelligent
predictive torque distribution to all four wheels. The FF is also
equipped with the latest magnetorheological damping system (SCM3), as
well as the most recent development in carbon-ceramic brakes from
Brembo.
Exceptional performance levels come courtesy of the new 6,262 cc
direct injection engine which develops 660 CV at 8,000 rpm. In tandem
with its transaxle dual-clutch F1 gearbox, stunning acceleration figures
(0-100 km/h in 3.7 sec.) are guaranteed. The new model’s class-leading
weight-to-power ratio of 2.7 kg/CV, along with its ideal weight
distribution, ensures exceptionally responsive handling. The result is
that owners will be able to enjoy the FF’s prowess over a wide range of
uses: city driving, on low grip or snow-covered surfaces and on the
track.
Performance aside, Maranello’s latest model also offers standards of
passenger space, comfort, in-car spec and equipment previously unheard
of in such a high-performance car. It can comfortably accommodate four
people and their luggage, thanks to the best cabin space and boot
capacity (450 litres extendable to 800) figures in its category,
including four-door cars.
A vast array of personalisation options and accessories has been
developed for the FF. These include six model-specific exterior colours
and sumptuous interior trim incorporating specially selected and treated
aniline leather.
The FF, which will make its official debut in occasion of the
upcoming Geneva Motor Show, is presented today with the first three
photos from a dedicated shoot by Giovanni Gastel.
TECHNICAL SPECIFICATIONS 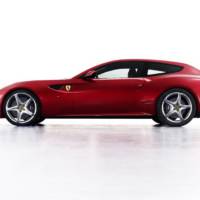 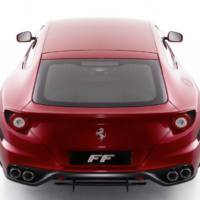 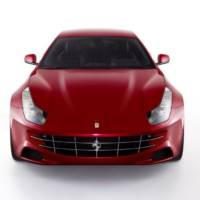 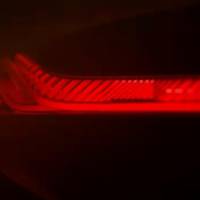 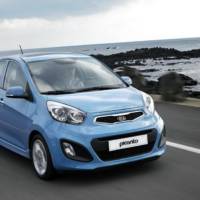