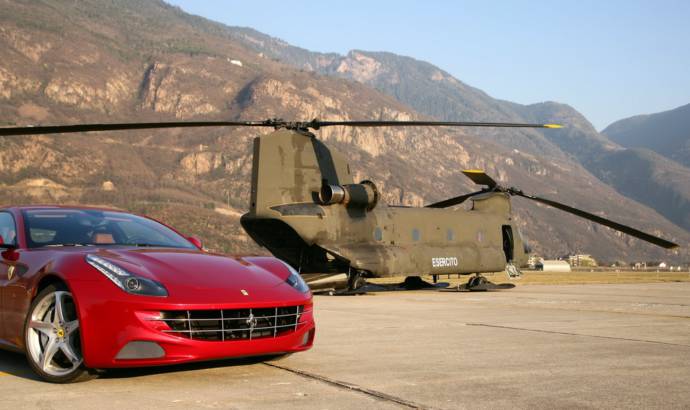 More photos with the Ferrari FF, but this time from an altitude of 2,350 meters, at the top of Plan De Corones, in the Dolomites, where Ferrari’s first four-wheel drive model arrived by helicopter.

Actually the Pracing Horse has provided two Ferrari FF four seaters which arrived at a special ice and snow track located at the base of a ski arena, where journalists and members of the press will have a chance to test the cars under ‘fierce conditions’.

Of-course Ferrari chose to deliver its precious FFs at this remote location that can only be reached by ski lifts in style, or should we say military style, thanks to a CH-47 Chinook transport helicopter from Viterbo’s 1st Regiment Antares helped by three other Agusta 205 helicopters from the Italian air force in Bolzano.

This special event, which will reveal what Ferrari FF’s 4RM four-wheel drive system is capable of, will host around 200 journalists from important publications across the world and will spread over the course of the next four weeks.

After that the Ferrari FF will finally debut on the road. 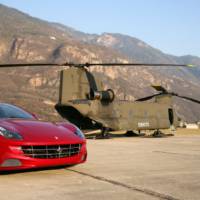 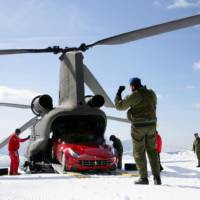 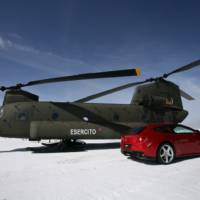 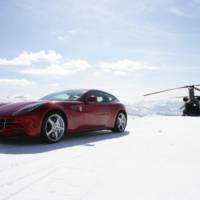 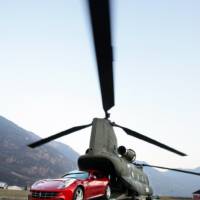 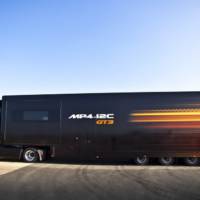 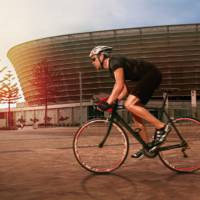