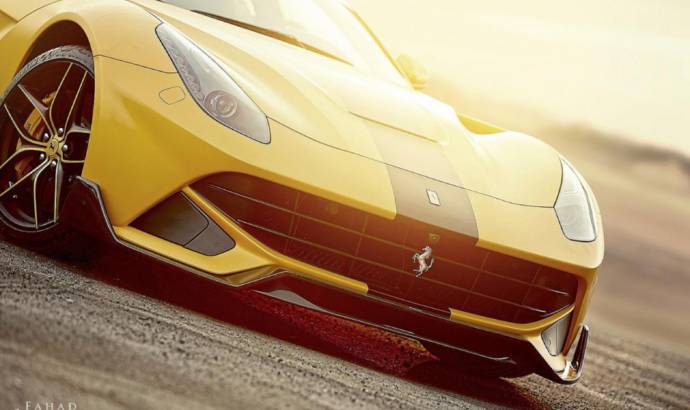 The German tuner DMC has launched a special package for the Ferrari F12 Berlinetta. Dubbed SPIA Middle East Edition, the Italian supercar comes with some big exterior changes and with some performance upgrades.

Outside the car there is a lot of carbon fiber. We see a new hood, roof scoop, wider skirts, spoiler wing and rear air diffuser, all made from carbon fiber. There is also a black painted strip that covers the center of the car from front to the back. In the end, the German tuner has installed a 21 inch on the front and 22 inch on the back alloys wrapped in Pirelli Sport tires.

Under the hood, the DMC Germany has modified the ECU and has installed a new exhaust system. Thanks to these modifications, the power output released by the V12 6.2 liter engine has raised to 766 horsepower. In these conditions, the top speed has increased from 211 mph to 220 mph. 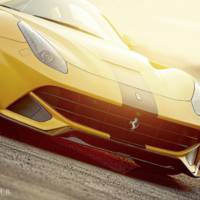 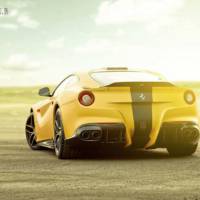 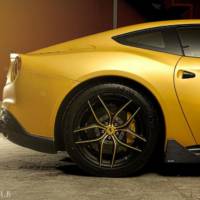 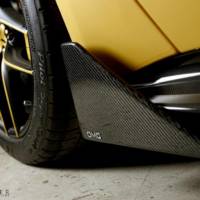 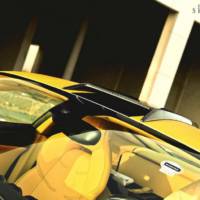 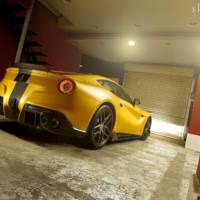 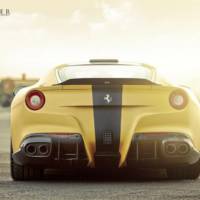 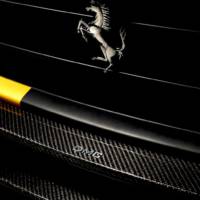 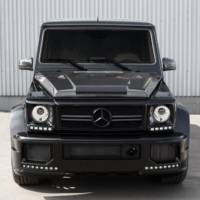 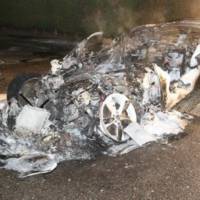