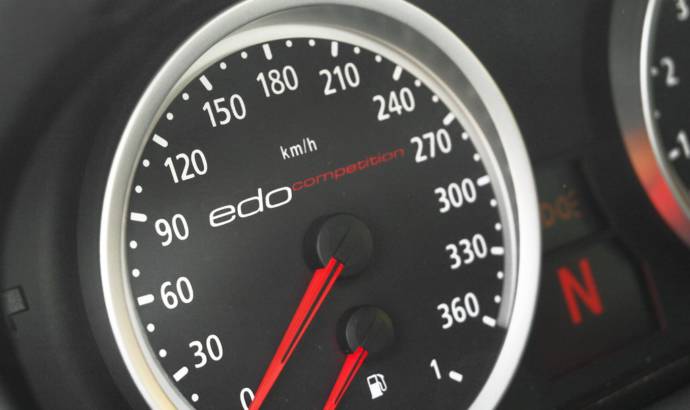 The tuners from edo Competition have developed the BMW M5 Dark Edition, a car which according to them, can only be described as extremely quick and imposing.
So lets see where both these attributes come from.
The fact that its quick is due to modified V10 plant from under the bonnet, which has been upgraded to 555 HP and 560 Nm (413 lb-ft) of torque (up from 500 HP and 521 Nm / 384 lb-ft) thanks to a recalibrated ECU, high-flow air filters, catalytic converters and a custom, high-performance exhaust system.
The new output enables the two ton edo M5 Dark Edition to accelerate from 0 to 100 Km/h 4.2 seconds, which means 0.5 seconds faster than the standard model (0 to 200 Km/h in less than 10 seconds) and also hit a top speed of 305 Km/h (190 mph).
As for the fact that the edo M5 Dark Edition is called imposing, this comes for the number of custom components that have been added to the car. These include modified front and rear bumpers, four chromed exhaust pipes, a rear wing and a set of 20 inch light alloy wheels wrapped in Dunlop tires (size 255/35 R20 at the front, and 285/30 R20 at the rear).
Inside the cabin the edo BMW M5 Dark Edition received a new speedometer which has been extended to 360 Km/h, while in terms of customisation, the tuner can adapt to customer’s wishes, by working with the finest materials that range from leather to carbon fiber. 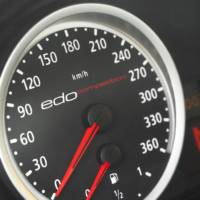 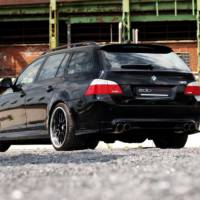 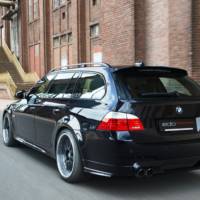 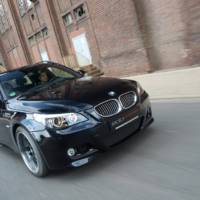 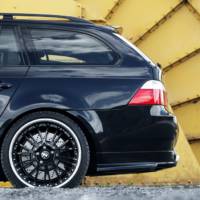 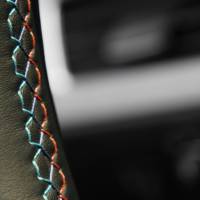 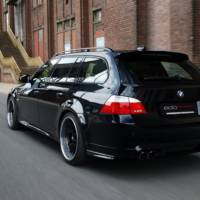 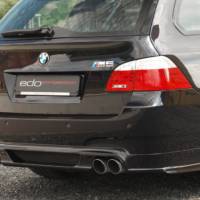 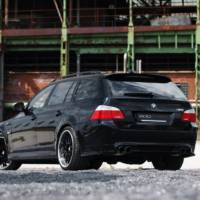 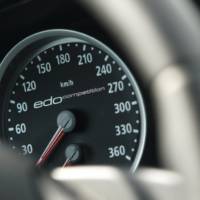 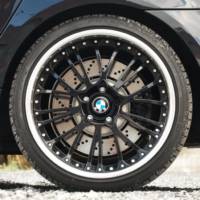 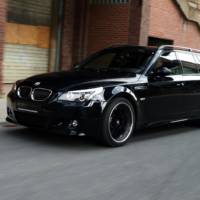 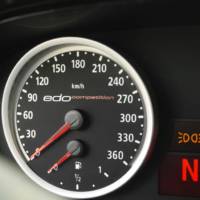 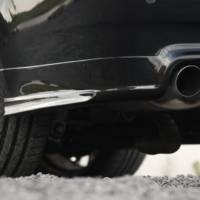 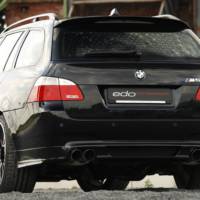 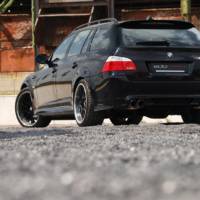 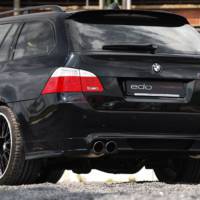 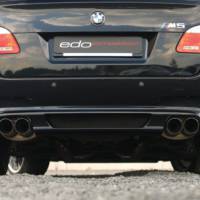 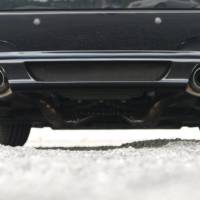 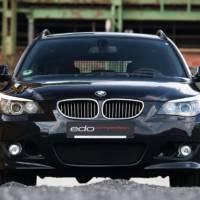 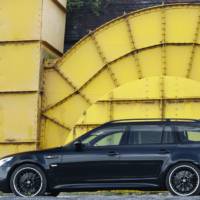 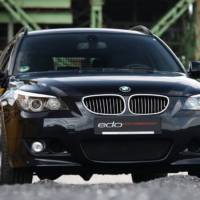 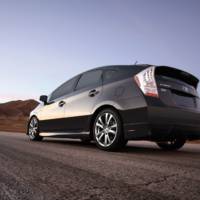 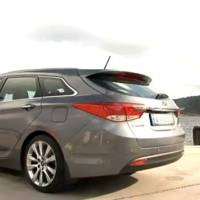