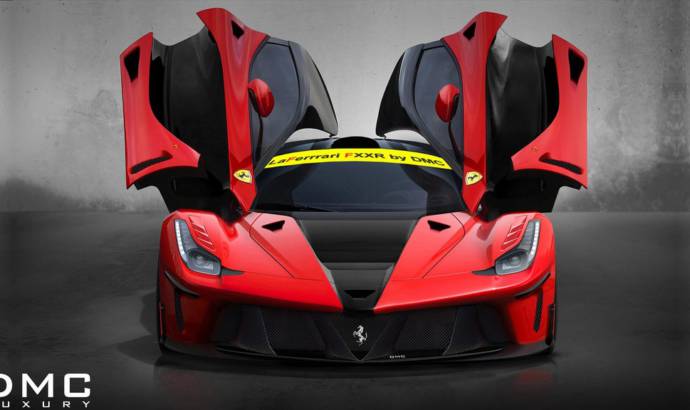 Back in the Sixties you had the beautiful 250 GTO, one was recently sold for $52,000,000 in fact, after that several more ‘specials’ have left the factory doors at Maranello like the 288 GTO, the F40 which also had a lightweight LM edition. Later on the Enzo  was turned into the FXX track day car while the 599 GTO evolved into the 599 XX for track use and then the F70 comes along called the LaFerrari by the factory, featuring a very innovative design and upward opening doors tilting forward remember the McLaren F1 doors?

So how do you improve perfection: easy, you take the Ferrari pedigree of GTO, XX and FXX and translate that onto a bright red LaFerrari and you end up with a LaFerrari FXXR by DMC, without changing the basic DNA of the car DMC managed to make this Ferrari look a lot more aggressive compared to factory specs while retaining the animal like beauty found on the original.

Up front the color coded vertical center fin in the bumper is gone, so is the lower, horizontal fin in the same color … in come two carbon fiber air intakes angled at a V-shape that extends the line of the large central air vent on the front hood … right in the middle of the lower section the Prancing Horse proudly finds its home. The outer intakes inside this large bumper are angled differently to draw even more air in, naturally the side of the front bumper now features vertical fins to stabilize the LaFerrari FXXR at high speed while an additional intake carved in the sides of this unit help to keep the disc brakes cooled down.

The corners of the front bumper receive clear carbon fiber ‘canards’ that increase down force at speed while a smaller air intake is sculpted right in the center of the bumper, joining additional intakes next to the headlights, which remain standard to avoid certification issues keeping this car street legal … if that would be a pre-requisite.

Next to the stylish headlights that run high into the fenders we also have extra vents … you can never have enough cooling on a car like the LaFerrari FXXR by DMC, that is why just in front of the windshield two more intakes are perfectly molded into the hood … which on this car receives black details to get that really mean look when the car pulls up behind you on the highway … I guess one flash of the high beams will be enough to get those slower cars in front of you to move over in fear … increasing the heart rate of the driver you are bound to pass stupendously fast … with a thundering sound being emitted from the race inspired exhaust…

If they are quick enough they will just have enough time to admire the massive, clear carbon fiber rear wing, which is fully adjustable naturally, sitting on top of an almost completely blacked out rear section of the LaFerrari FXXR by DMC. The original red taillights are replaced by smoked, black finished units, just like the new exhaust system that no longer shows bright chrome tips but instead four matte black ‘mouths’ breathe fire now … add a clear carbon fiber lower diffuser. 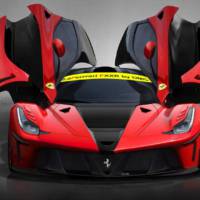 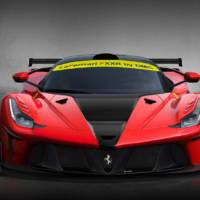 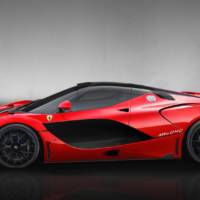 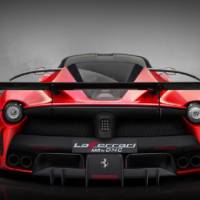 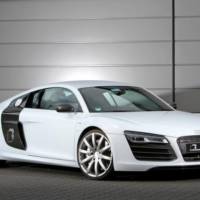 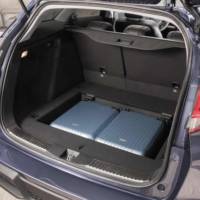