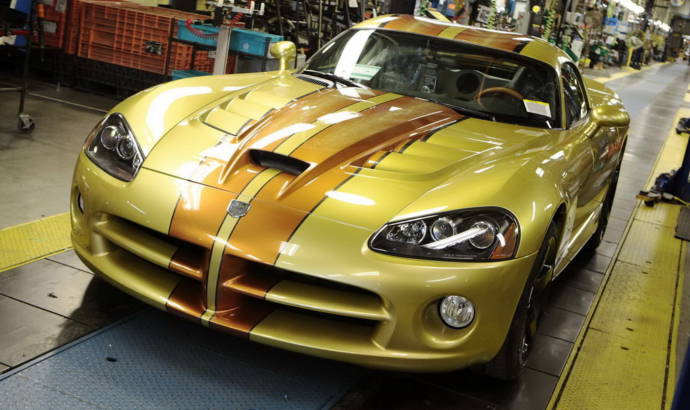 The last exemplar of the current generation Dodge Viper has rolled off the production line at the Conner Avenue Assembly Plant in Detroit, marking the end for one of America’s iconic sports cars.
This very last unit was a custom Dodge Viper coupe which will enter D’Ann Rauh’s possession, who already owns over 40 Doge Vipers together with her husband Wayne. She worked closely with designers at Chrysler, making sure that the last Dodge Viper was truly unique, as the exterior features a gold finish with bronze accents while inside the coupe there are numerous leather covered elements.
The exterior is completed by a set of 5-spoke design
forged-aluminum wheels painted in dark graphite.
Production for the Dodge Viper started in 1992 and even though is has not been officially confirmed, rumors say the next generation Viper will debut in 2012.
Chrysler press release :
Dodge Brand President and CEO Ralph Gilles (right) and plant manager
Shelly Brown Gordon (third from right) welcomed more than 400 hundred
loyal Viper owners at the Conner Avenue Assembly Plant in Detroit today
to present the ultimate factory customized 2010 Dodge Viper coupe to
proud new owner D’Ann Rauh (second from right). Rauh and her husband
Wayne from Arp, Texas, own more than 40 Dodge Vipers – the largest
personal collection of Vipers in the world.
A member of the Mid-South Viper Club of America, D’Ann Rauh worked
exclusively with the Dodge Design team to select the personal touches
she wanted on her car. The custom bronzed gold exterior paint was
supplied by House of Kolor. The custom interior features various leather
appointments, which were crafted by Tony Spampinito from Venzano, who
has worked with the Rauhs on previous Viper projects.
Bob Soroka, from Chrysler Group LLC’s Street and Racing Technology team,
airbrushed layouts of Viper-significant race tracks into the
custom-painted copper stripes applied by Prefix. The five-spoke
forged-aluminum wheels are custom painted in dark graphite.
Members from both the Motor City Viper Club and the Viper Club of
America participated in the celebration.
Rauh’s Viper is the last of the current-generation Vipers built at the
plant. Dodge has created more special-edition Viper models for the 2010
model year than all other model years combined. Production on the Dodge
Viper started in 1992. 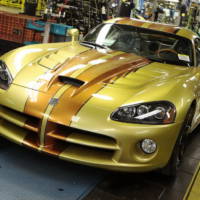 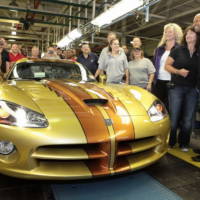 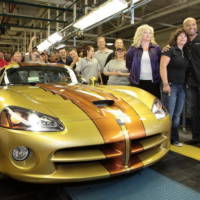 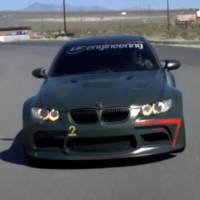 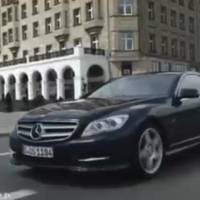