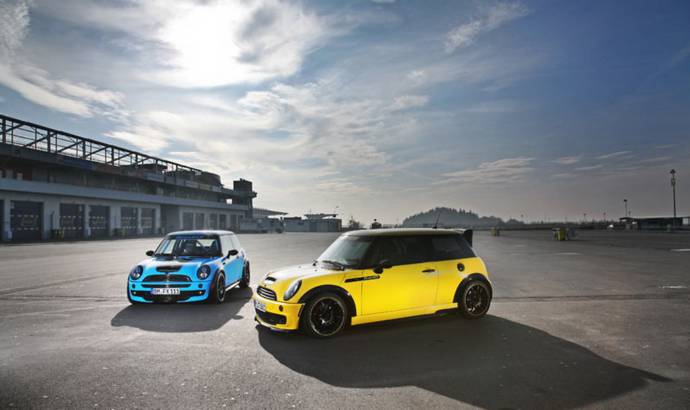 CoverEFX, a German company specializing in vehicle foliation, has created two unmistakable MINIs which are both based on the JCW version.
The first is called the CoverEFX John Cooper Works MINI GP R53, and in this case the vinyl wrap is sunflower yellow and highlighted through various black painted parts such as wheel arches, exterior mirrors, the front grille and the hood’s middle section.
The CoverEFX John Cooper Works MINI GP R35 also features a modified PreKat along with revised engine software from mcchip-dkr plus a hand-made exhaust system with dynamic-pressure optimisation and stainless steel manifolds.
The MINI GP R35 is now 17 HP and 22 Nm of torque (234 HP in total) more potent than the standard version and has also been fitted with a Bilstein B14 suspension kit and OZ Racing rims wrapped in Toyo tires size 205/40-17.
The second MINI, which comes wrapped in Smurf-blue foil is called the John Cooper Works MINI S R53. This time the engine modifications comprise of a Schrick camshaft, a GP charge air cooler, an air filter box
with an additional opening to the rear and a remapped ECU and the result are 236 horses.
The custom exhaust fitted on the GP R53 has also been applied to this second version, but in this case we are also taking about new fuel injectors and spark plugs and an M7 thermostat.
A Bilstein B16 suspension upgrade, an OMP strut brace and an adjustable rear stabilizer from H&R are also part of CoverEFX’s treatment for the MINI S R35.
At the interior this Smurf-blue version received RECARO seats covered in Alcantara. 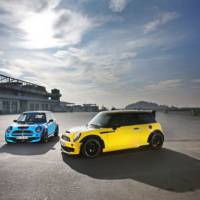 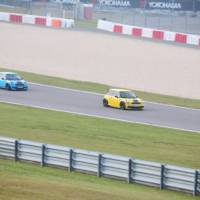 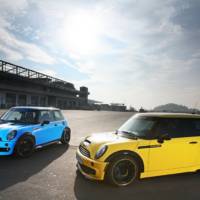 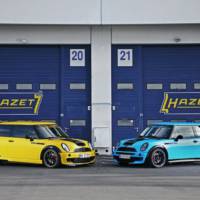 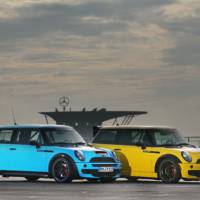 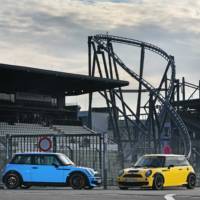 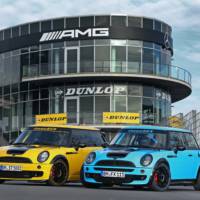 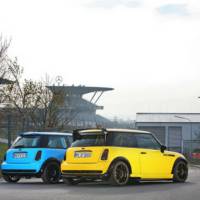 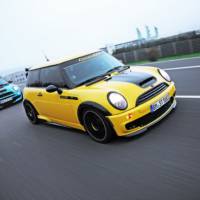 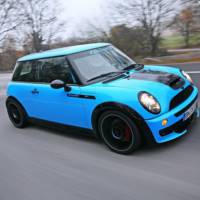 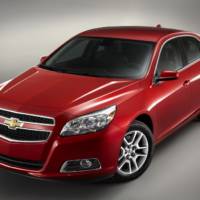 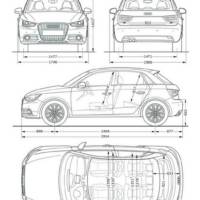