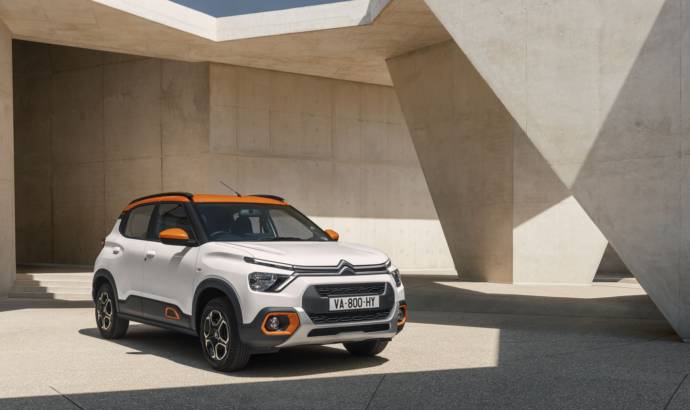 Citroen New C3 designed only for India and South America

Citroen develops special cars for its emerging markets. So we recently saw for the first time the New C3. Citroën has entrusted part of the design and development of its New C3 to local teams in India and South America, two growing markets that will be the first to receive the vehicle in 2022.

Incorporating knowledge of the two regions’ society, culture and needs makes New C3 a model designed, developed, and produced by and for India and South America.

New C3 is the first model from the ‘C-Cubed’ programme launched in 2019 – a plan to launch three vehicles with an international focus by 2024, based on three key criteria: the creation of a competitive and market-leading offering with strong styling, a Citroën experience designed for on-board comfort, and a design approach tailored to the specific needs of its target markets.

New C3 features the same signature front end design language found on Citroën’s most recent models, including New C4 and New C5 X. It features a dual-stage light signature, with the double chevrons that become chrome bars and continue across the width of the vehicle to the headlights and separate to form a Y on each side. The headlights are made up of two separate elements with the position lights, indicators and daytime running lights on the upper level and, on the lower level, the low beam and high beam units, with a light guide at the top and another at the bottom. The rear light signature is also prominent and echoes the two horizontal lines visible on the front end, which form a triangle.

The higher ground clearance, compared to a traditional hatchback (an extra 110mm), was designed to avoid damaging the vehicle on rough roads.

The approach angle (at the front) and departure angle (at the rear), between the ground and the vehicle overhangs, have been meticulously studied and the bodywork adjusted to prevent it touching the ground in the event of a steep slope, rough surface or obstacle in the road.

New C3 deliberately has a steeply raked bonnet to ensure very good visibility, which is useful when dealing with heavy traffic in large Indian or South American cities. The high position of the driver’s seat is another feature further enhancing external visibility.

Citroën has ensured that New C3 is at the forefront of its segment in terms of value for money. This is why every last square-centimetre has been optimised to include as many functions as possible while optimising the vehicle’s price. This sturdy and reliable car is also economical to drive – an important consideration in these markets.

New C3 has two-tone bodywork, with a clear border between the body and the roof to offer customers a wider range of combinations. Eleven customisation variants are available in India, including single-tone and two-tone, with 13 on offer in South America.

New C3 is a “Chameleon”, offering a wide range of accessories designed for each market. Customers have the choice to decorate their vehicle as they see fit, with parts that can be added or removed. A more or less extensive catalogue of accessories will be available depending on market sensitivity. This could include: chrome parts for a chic look, decorative elements to add individual character to the vehicle, a choice of eight seat covers, functional equipment for the passenger compartment, a sound system, smartphone connectivity, as well as protective features.

SEE ALSO:  Citroën My Ami Buggy is here in a limited number

New C3 has numerous practical storage compartments – including a 315-litre boot, which is one of the most generous in the segment – a 1-litre glove box, two 2-litre door pockets at the front that can accommodate a 1-litre bottle along with other objects, two 1-litre door pockets at the rear, two cup holders and a storage compartment in the central console, as well as two cup holders in the rear that can become smartphone holders.

The 10-inch (26cm) capacitive touchscreen is the largest in the segment and stands out from the dashboard, making it more visible and easier to use. It offers a Mirror Screen function that displays the driver’s smartphone apps on the touchscreen. Compatible with Apple CarPlay and Android Auto, New C3 features the latest smartphone connectivity technology, allowing drivers and passengers to stay connected even when on the move. Finally, the steering wheel controls are designed to be extremely comfortable in terms of ergonomics and safety. 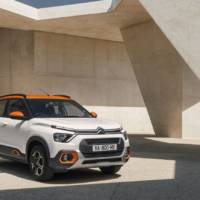 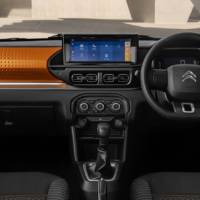 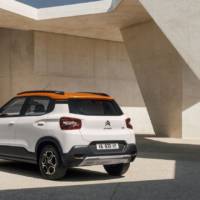 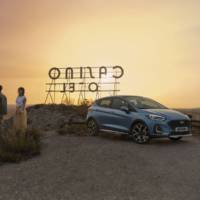 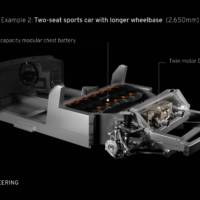