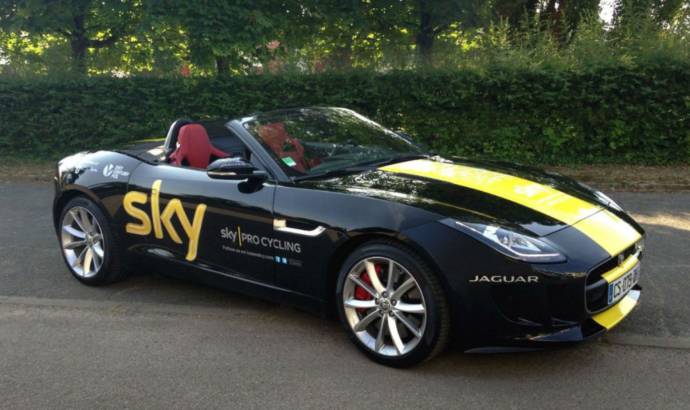 The 100th edition of the Le Tour de France has been ended last weekend. This year winner, Chris Froome has got a custom Jaguar F-Type. The model comes in two-tone body color and features Team Sky Pro Cycling livery and some pictures from fans that were collected during a media campaign.

Jaguar didn’t tell us what model the British cycling got but the rumors are indicating an F-Type S. In this case, under the hood there is a 3.0 liter supercharged V6 unit with 380 horsepower and 460 Nm peek of torque.

"Every young cyclist dreams of one day riding in the Tour de France, let alone winning it. I haven’t done it alone though. Team Sky has a great set of partners, and I’d like to thank Jaguar for their brilliant support over the past four years. They’ve invested a lot of time and ingenuity into designing the XF Sportbrake, which is the perfect race support car for us. It has been crucial to keeping the team on the road throughout the competition", said Chris Froome. 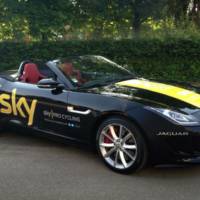 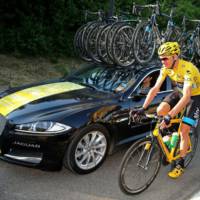 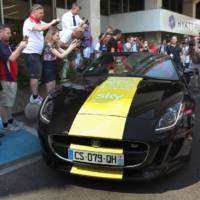 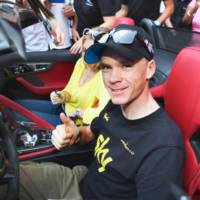 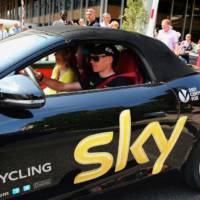 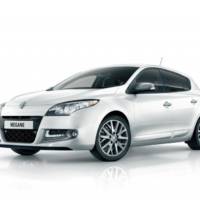 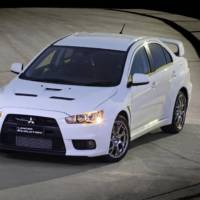