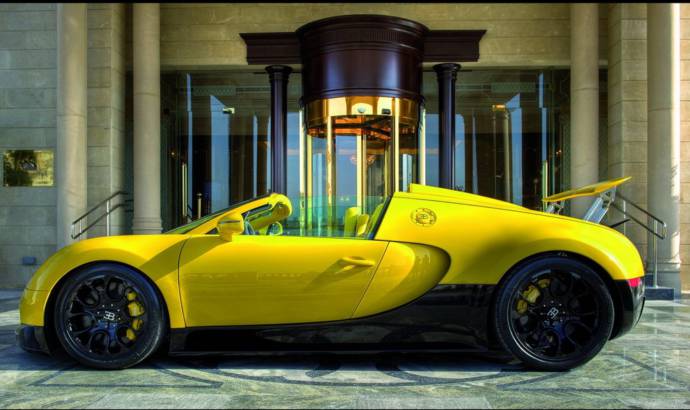 Bugatti presented a special edition Veyron Grand Sport at this year’s Qatar Motor Show which according to the company, continues Ettore Bugatti’s tradition of experimenting with different colour schemes and materials to create unique cars.
The Bugatti Veyron Grand Sport Special Edition features a horizontal colour split with a bright yellow body framed in visible black carbon and black painted wheels. The black and yellow contrast has also been applied to the interior where the one-off Grand Sport features a middle console in black carbon, and a dashboard, steering wheel and gear lever covered in black lather with yellow stitching.
Pricing for the Grand Sport Special Edition starts at 1,57 million Euros, which means it is 170,000 Euros more expensive than the standard version. Production for the limited Grand Sport is restricted to 150 exemplars out of which 45 units have already been ordered.
Assembly will take place at the company’s headquarters in Molsheim, France. 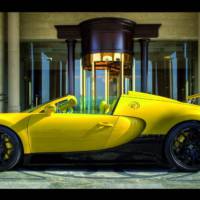 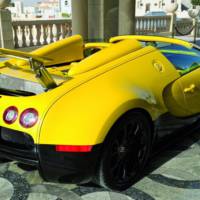 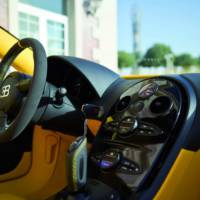 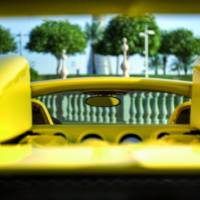 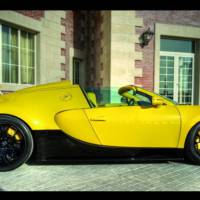 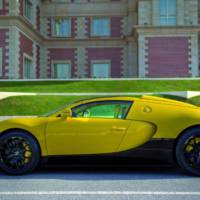 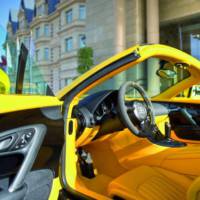 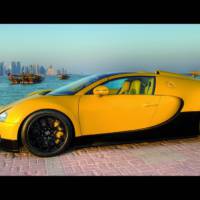 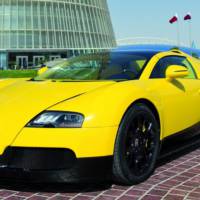 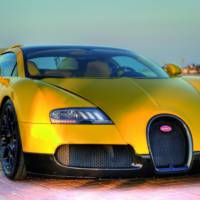 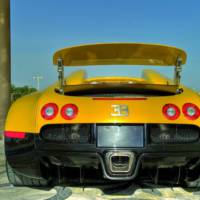 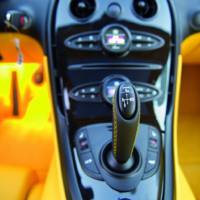 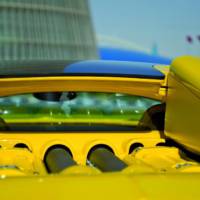 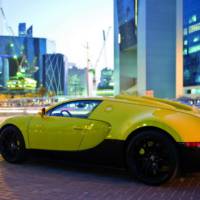 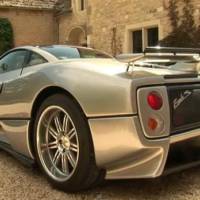 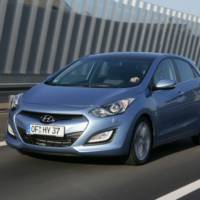