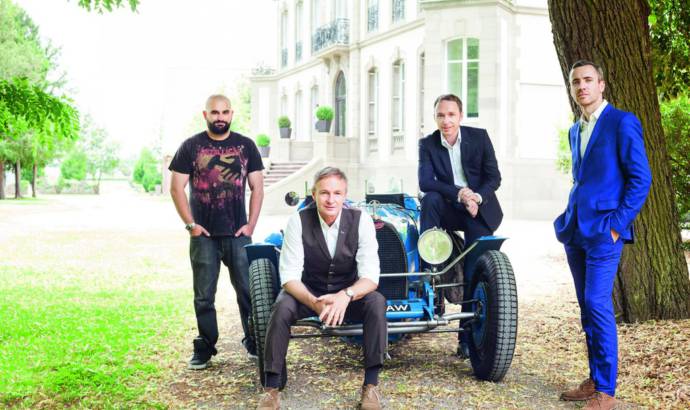 Bugatti has officially unveiled the new Vision Gran Turismo Concept, scheduled to make a public appearance during this year Frankfurt Motor Show. Bugatti fans, petrol heads and gamers have a reason to celebrate. Bugatti has transformed a virtual project into tangible reality.

For the French super sports car brand will be presenting its virtual concept Bugatti Vision Gran Turismo, which it developed in cooperation with Polyphony Digital, creator of the Gran Turismo video game franchise, as a real show car.

The design of the virtual race car is celebrating Bugatti’s racing history and is based on state-of-the-art motor sport technology. The project is the brand’s tribute to its great racing tradition of the 1920s and 1930s and its victories in Le Mans 24-hour races.

The historical theme for the design of the Vision Gran Turismo virtual modern race car was, in particular, the Bugatti Type 57 Tank and its victories in the 24-hour Le Mans race in 1937 and 1939. Consequently, the Bugatti Vision Gran Turismo makes its appearance in the classic blue two-tone finish of the Type 57 G Tank, the winning car in 1937, simultaneously evoking the colours of the historical French race cars of that period. Since then, blue has also been Bugatti’s brand colour.

Although the Bugatti Vision Gran Turismo will be racing in a class in which the cars generally have little or no relationship to real road vehicles, and their designs therefore are far more extreme and performance-oriented than that of a street-legal car, two things were important to the design team: first, the virtual car should look unmistakably like a Bugatti, and second, every part of the vehicle should have a real function. Consequently, the virtual race car was developed in close cooperation with the Bugatti engineers and is based on racing technology and aerodynamic analyses.

The side view of the Bugatti Vision Gran Turismo is characterised by the famous Bugatti line. And the virtual race car has also been furnished with the most recognisable symbol of a Bugatti, the horse shoe on the front grille. It is placed in the centre of the central front air intake as three-dimensional sculpture and supports the structure between the wings and the aerodynamic front splitter. The horse shoe is flanked by the eight-eyed headlights, which were developed especially for the Bugatti Vision Gran Turismo. 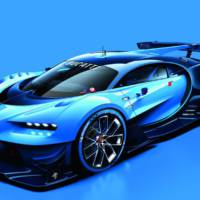 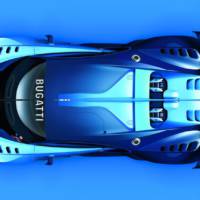 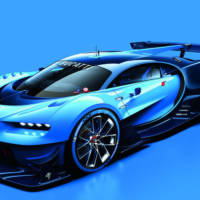 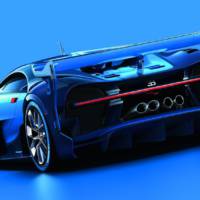 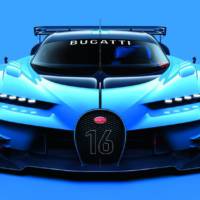 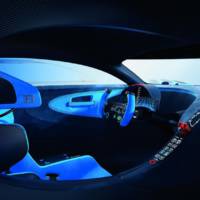 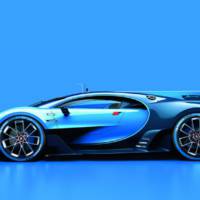 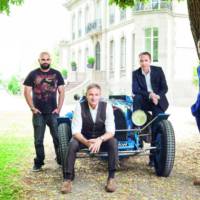 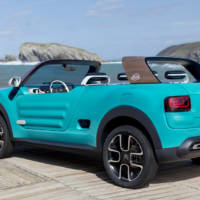 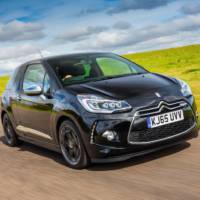