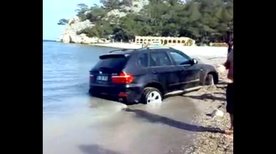 It seems like this Turkish driver behind the wheel of he’s BMW X5 seen in the video below wanted to explore the romantic scenery at one of Istanbul’s beaches and probably impress he’s female passenger. Nothing wrong so far, except the fact that when driven into the water, with nothing but wet sand to hold as grip for your all-wheel drive BMW X5, some "minor" problems appear, as not many vehicles will "perform" too well in this type of conditions. The final images picture a BMW X5 buried in Turkish beach sand and a crowd that was probably wondering "what exactly was that guy thinking?" after a few failed attempts to bring the car on dry land.
Watch the BMW X5 buried in Turkish beach sand video after the jump. 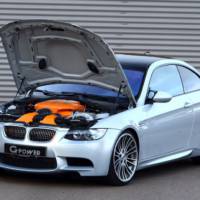 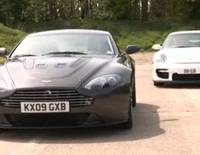