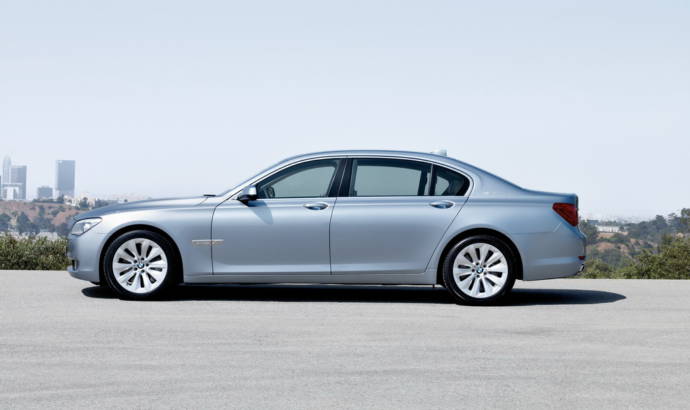 The Bavarian auto-maker released photos and details with their new fuel efficient hybrid based on the company’s flagship saloon, the BMW ActiveHybrid 7 Series.
The hybrid system inside the BMW ActiveHybrid 7 Series is composed from a V8 gasoline engine and an electric motor, while all the power is put to the ground through a 8-speed automatic transmission. The overall system output is 465 HP (342 kW) and 700 Nm (516 lb-ft) of torque and the BMW ActiveHybrid 7 Series can accelerate from 0 to 100 Km/h in 4.9 seconds needing only 9.4 litres of fuel per 100 Km.
The BMW ActiveHybrid 7 Series will be available in two body styles, the second one offering a 14 cm alonged wheelbase, and so far information referring to market launch and price were not disclosed.
BMW press release :
BMW is proud to present the most supreme and luxurious rendition of hybrid technology ever seen so far in the automobile: BMW ActiveHybrid 7.
Based on the BMW 7 Series, this unique car sets new standards for efficiency in the luxury class. BMW ActiveHybrid 7 is the fi rst car in the world to combine  a V8 gasoline engine, eight-speed automatic transmission and an electric motor
as a mild hybrid concept.
This symbiosis of an upgraded eight-cylinder with BMW TwinPower Turbo  Technology and High Precision Injection with a three-phase synchronous electric  motor gives BMW ActiveHybrid 7 overall system output of 342 kW/465 hp  and maximum torque of 700 Newton-metres/516 lb-ft. Power is transmitted
via an eight-speed automatic transmission, with the electric motor positioned  in compact confi guration between the combustion engine and the converter  on the automatic transmission receiving its supply of energy from a lithium-ion battery developed especially for use in the automobile.
Precisely controlled interaction of both power sources serves to optimise not  only the effi ciency but also the dynamic performance and superior comfort of  BMW ActiveHybrid 7. The result is a truly thrilling driving experience and, at the  same time, a unique demonstration of hybrid technology with its outstanding  potential. BMW ActiveHybrid 7accelerates to 100 km/h in a mere 4.9 seconds,
while keeping average fuel consumption in the EU test cycle to 9.4 litres/ 100 kilometres (equivalent to 29.1 mpg imp) and restricting CO2 emissions to just 219 grams per kilometre.
Hybrid technology also provides new options for the particularly efficient use and enjoyment of additional comfort functions. As an example, BMW ActiveHybrid 7 is the first BMW with automatic transmission to feature an Auto Start Stop function avoiding idle speed operation of the engine
when at a standstill or in traffi c jams. A further significant advantage is that the air conditioning and ventilation system remains fully operational also with the engine switched off, power being supplied directly through the 120-volt on-board network operating on the lithium-ion battery.
This unique concept of engine management for the first allows truly effective climate control also at a standstill in a luxury performance car, cooling the interior of BMW ActiveHybrid 7 to a significantly lower temperature right from the start, before the driver even fi res the engine.
Special displays in the instrument cluster and the Control Display inform the occupants of the degree of effi ciency and the current operating status of the hybrid components. Nineteen-inch light-alloy rims in aerodynamically optimised ten-spoke turbine wheel design created exclusively for BMW ActiveHybrid 7 as well as model designations on the luggage compartment lid, the C-pillars behind the side windows and on the door cutouts clearly set aside the hybrid models from their “regular” counterparts right from the start. And last but certainly not least, BMW ActiveHybrid 7 is also available in Bluewater metallic
exterior paintwork exclusive to this very special model.
Like the existing models within the BMW 7 Series, BMW’s first luxury saloon with hybrid drive is entering the market in two body variants. The extended version of BMW ActiveHybrid 7 comes with wheelbase increased by 14 centimetres or 5.5", benefiting exclusively the rear-seat passengers. And to optimise the driving experience and grand touring comfort for individual requirements, both models are available with a wide range of options from the portfolio of equipment and accessories offered on the BMW 7 Series. 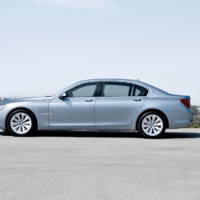 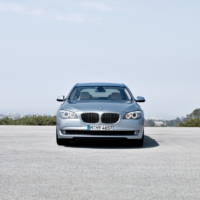 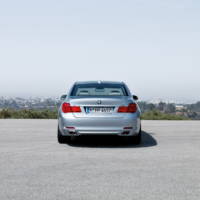 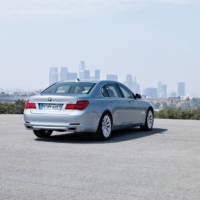 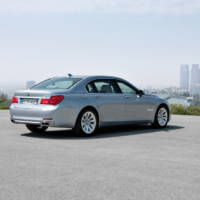 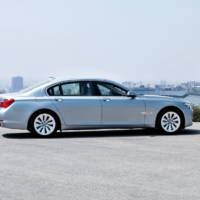 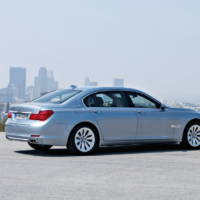 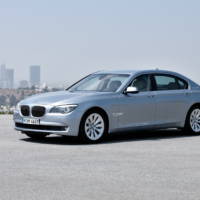 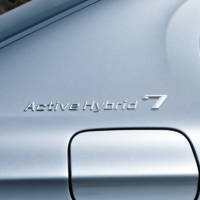 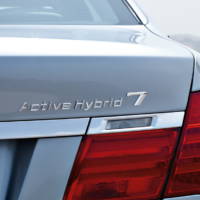 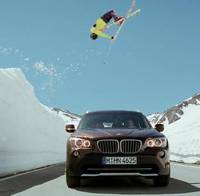 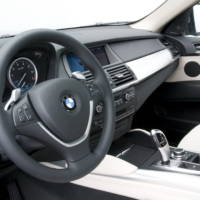