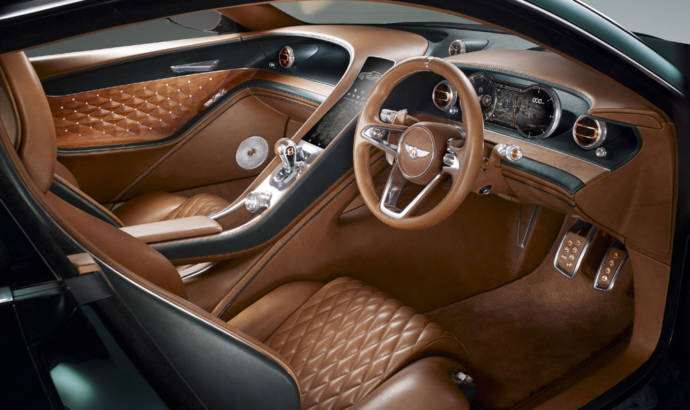 When everyone thought that Bentley would concentrate only on its Bentayga SUV development, the British manufacturer unveiled another surprise concept.
Called the EXP 10 Speed 6 concept car was unveiled in Geneva Motor Show in a shocking green colour as a high performance two-seater sportscar.
Copper elements are used as accents to both exterior and interior features to highlight the hybrid potential of the concept’s new powertrain.
According to Bentley’s CEO, the new concept "could be a future model line, alongside the Continental GT and redefining the pinnacle of another market sector, and the styling of the EXP 10 Speed 6 could influence the expansion of the Bentley family."

The sportscar is a new interpretation of the iconic Bentley matrix grille and four-round headlamps to the paint colour – a deeper, richer and heavily metallic version of British Racing Green.

Inside the cabin we find two elegant quilted sports seats, positioned either side of the narrow centre console that houses exquisite driver controls and intuitive 12” touch screen.
As we said, the centre console integrates digital information with tactile controls via a curved touch screen housed in an aluminium frame.
The fascia instruments deploy from a flat position into the drivers view as the car is started using the floating “B” button integrated in to a non-symmetrical gear lever finished in aluminium, copper and cherry wood. A mechanical rev counter and digital display combine to provide the perfect balance of modern driver information and analogue beauty. 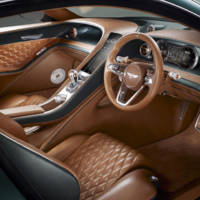 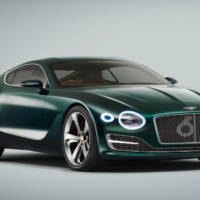 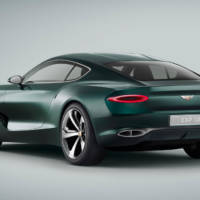 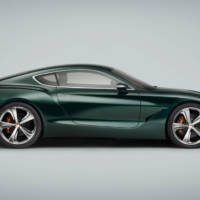 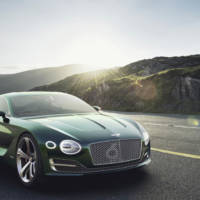 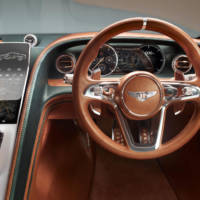 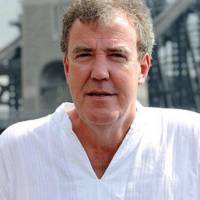 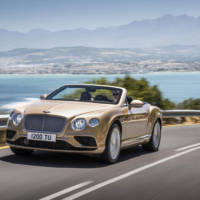