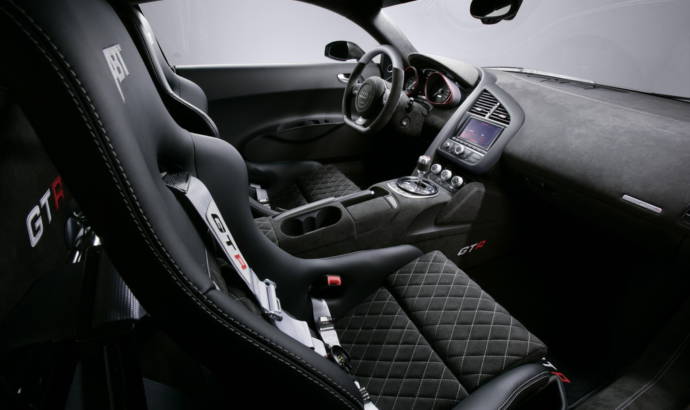 The highlight at the ABT Sportsline stand at this week’s Geneva Motor Show will most likely be the Audi ABT R8 GTR.
With only 25 units to be engineered, the Audi ABT R8 GTR has undergone a weight loss program that stripped the German sports car of around 100 Kg and besides a power increase the tuner added a custom body kit, a modified interior plus various other accessories.
The revised 5.2 FSI powerplant enables the Audi ABT R8 GTR to output 620 HP (456 kW) instead of 525 HP (386 kW) and the car’s top speed is now 325 Km/h. Also the Audi ABT R8 GTR is able to rocket from 0 to 100 Km/h in 3.2 seconds and from 0 to 200 Km/h in 9.9 seconds.
To maintain stability at high speeds and also offer more precise handling the Audi ABT R8 GTR received a modified double-wishbone suspension that is height adjustable plus a high performance ceramic brake system.
The Audi ABT R8 GTR price was not disclosed.
ABT press release :
Sure, the R8 is no lame duck, and this is even more so once the sports car has been tuned by ABT Sportsline. The result is a real model athlete, which does not just ooze power, but also doesn’t have a single gram of fat on its body. With the limited version R8 GT R (with only 25 units available) engineers and designers have gone one logical step further: experience from motorsport flowed into the design, and all the components have been systematically trimmed to ensure a light-weight construction and optimal weight distribution. As a result not just the bonnet, front and rear aprons, the adjustable rear wing or the tailgate are made of carbon, but the outline edge on the rear, the external mirrors and the door panel are also made of the same material. The side windows are made of Makrolon – the high-tech polycarbonate does not just reduce weight, but also has impressive strength properties. The result: the ABT R8 GT R is a proud 100 kilos lighter than its series counterpart.
How much motorsport the team, which comprises the current winners of the DTM and the ADAC GT Masters, actually brings to the road can be seen from the details: Recaro racing seats, a 4-point seat belt system, stainless steel roll-over bar with seat belt attachment, hand-held fire extinguisher or an ABT Sports steering wheel made of carbon – the people at ABT have thought of everything. “The R8 GT R is an uncompromising racing car for the road, and provides maximum performance”, states Christian Abt. The successful motorsport racer indicates his responsibility for the development of this extraordinary vehicle and is impressed with the result. “I recommend trying the GT R on a racing track from time to time, as the car is great fun to drive there", says the General Manager of ABT who is responsible for technology. The adjustable front panel allows sports inserts; the ABT driver overalls, helmet, racing shoes and gloves are just as much as part of the effective GT R special equipment as an on-board video system and the expandable data module.
The well-trained sports car has enormous performance potential: instead of the series-standard 525HP (386 kW), the 5.2 FSI in the ABT R8 GT R provides a massive 620HP (456 kW) and as a result the light car travels extremely quickly: the top speed is 325 km/h, it does 0-100 km/h in just 3.2 seconds and the GT R reaches the 200km/h mark in a mere 9.9 seconds. In order to ensure that the power can be optimally applied on the road and on the race track, height-adjustable ABT Sports suspension and adjustable dampers are standard on the ABT R8 GT R. The ceramic brake system with modified brake pads has been adjusted to meet the enormous performance potential of the super sports car. The extremely light ABT CR alloys round off the package. On the front axle they are mounted in 9×19 inch and on the rear axle in 11×19 inch. The Michelin sports cup tyres are the perfect choice for the car. The ABT R8 GT R is a unique vehicle which provides maximum driving enjoyment. It has been designed for driving at the limit: from the weight-optimised exhaust unit to the ABT Titanium special coating – ABT’s love of motorsport can be seen in every detail.
The new ABT R8 5.2 GT R – data and facts
ABT ENGINE TECHNOLOGY
Engine:                5.2 FSI, V10, 5.204 ccm capacity
Performance tuning:            ABT Power
Performance:                620 HP/456 kW (standard: 525 HP/386 kW)
ABT TECHNOLOGY
Modified double-wishbone suspension (front- and rear axis)
ABT sports suspension (height adjustable)
ABT damper (adjustable on traction- and compression phase)
ABT ceramic brake system with modified brake covering
ABT sports exhaust system (high quality steel)
ABT titanium special painting
ABT AERODYNAMICS
ABT front skirt (weight-optimized, CFK)
ABT rear skirt (weight-optimized, CFK)
ABT side skirt (weight-optimized)
ABT rear wing (weight-optimized, adjustable, CFK)
ABT hatchback (weight-optimized, CFK)
ABT door lining (weight-optimized, CFK)
ABT tearing edge at the rear (C)
ABT engine bonnet (weight-optimized, CFK)
ABT exterior mirrors (weight-optimized, CFK)
ABT front panel (adjustable)
ABT SPORTS WHEELS AND TYRE EQUIPMENT
Front axis: ABT CR Superlight, 9 x 19 inches, 8,2 kg
Rear axis: ABT CR Superlight, 11 x 19 inches, 10,2 kg
Pneus: Michelin Sportcup (235/35 ZR 19 or 305/30 ZR 19)
ABT INTERIOR
ABT rollbar (high-quality steel, incl. belt fixation)
ABT sports steering wheel (CFK)
Recaro racing seats
4-point-belt system for action on the race track
Centre console, switch panel, dashboard, coverings, rear storage area, sky, headlining,
B-pillar covering consisting of alcantare
Hand fire extinguisher (alloy)
ABT ACCESSORY
Engine cover (CFK)
ABT equipment (driver jump suit, helmet, racing shoos, gloves)
Professional Onboard video system (chasecam)
Expandable data module (video- and data-overlay) 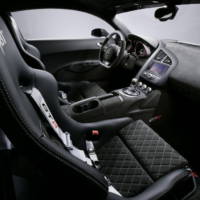 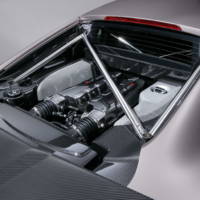 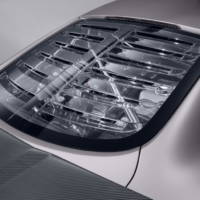 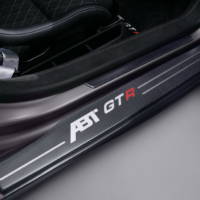 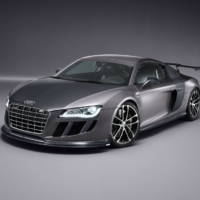 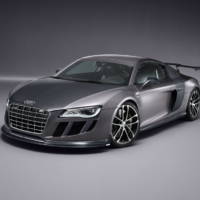 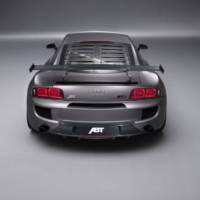 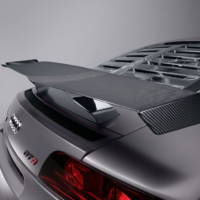 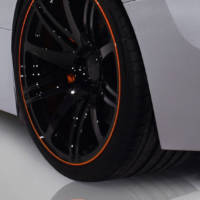 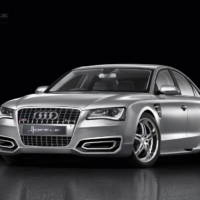