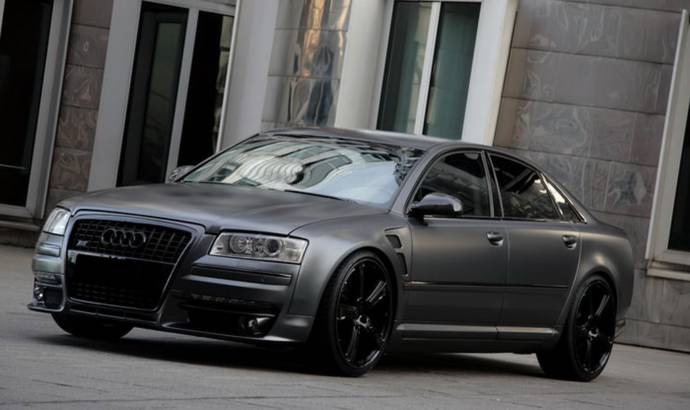 Anderson Germany are becoming a synonym for stealthy looking tuning programs, and their latest series of enhancements applied on the previous generation Audi A8 comes to confirm that.
This new program was nick named the Audi A8 Venom Edition, an in order to provide a ‘snake bite’ the car was treated with a custom exhaust system, a sports ai filter and a remapped ECU which increased the standard output of 350 HP to 442 HP.
On the outside, Anderson’s Audi A8 received a satin gray vinyl wrap, glossy black door handles and panels, various carbon fiber accents and a body kit comprising from redesigned aprons, new side skirts and vented fenders.
The Audi A8 Venom Edition by Anderson Germany sits on glossy black 22 inch rims which are housing brake calipers varnished in shiny black, and the final elements that complete the overall sinister look are the tinted taillights and windows and the lowered suspension.
The interior finishing continues the exterior theme by combining gray leather with light gray Alcantara, plus the tuners has added a number of carbon fiber elements in areas like the door panels, center consoles and steering wheel.
A new sound system featuring headrest integrated monitors, new speakers, a subwoofer, an amplifier and a PS3 is also part of Anderson Germany’s treatment for the old version Audi A8. 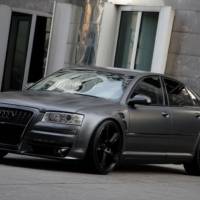 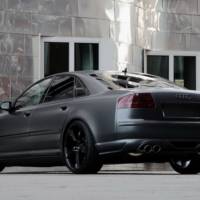 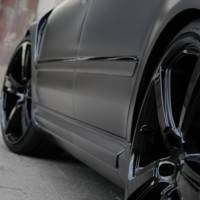 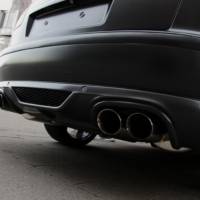 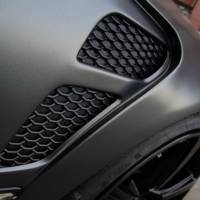 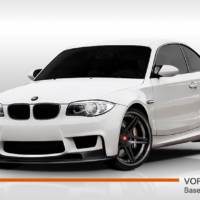 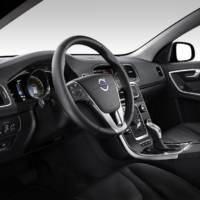