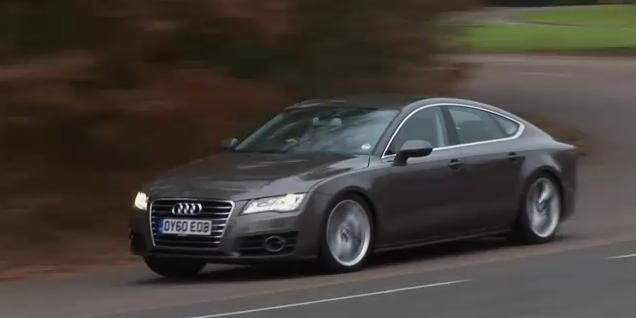 The first Audi A7 review came from AutoExpress back in September, but now its time to see what the journalists from Autocar have to say about this new four-door coupe rivaling the Mercedes CLS.
The model seen in AUtocar’s test is the Audi A7 3.0 TFSI SE quattro which costs 48,070 GBP and extracts 296 bhp and 325 lb-ft of torque from a 2995cc V6.
Due to its seven-speed automatic transmission the Audi A7 which weights 1,770 Kg, is able to sprint from nought to 62 mph in 5.6 seconds and reach a top speed of 155 mph (limited). Fuel economy levels rate the Audi A7 3.0 TFSI at 34.4 mpg (combined UK rating), while its CO2 emissions are 190 grams per Km.
Overall the new Audi A7 represents a true alternative to the second generation Mercedes CLS, and has been rated  with 4 stars by Autocar.
Watch the Audi A7 review video after the jump. 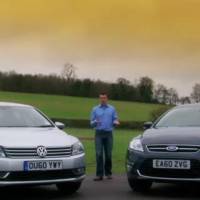 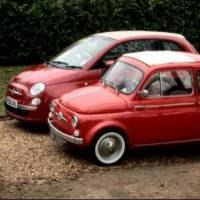